Joseph Asagba, 62, made arm rests at Zodiac Seats. Having moved here in 1976 from Nigeria, he said he never expected the discrimination he experienced at work. 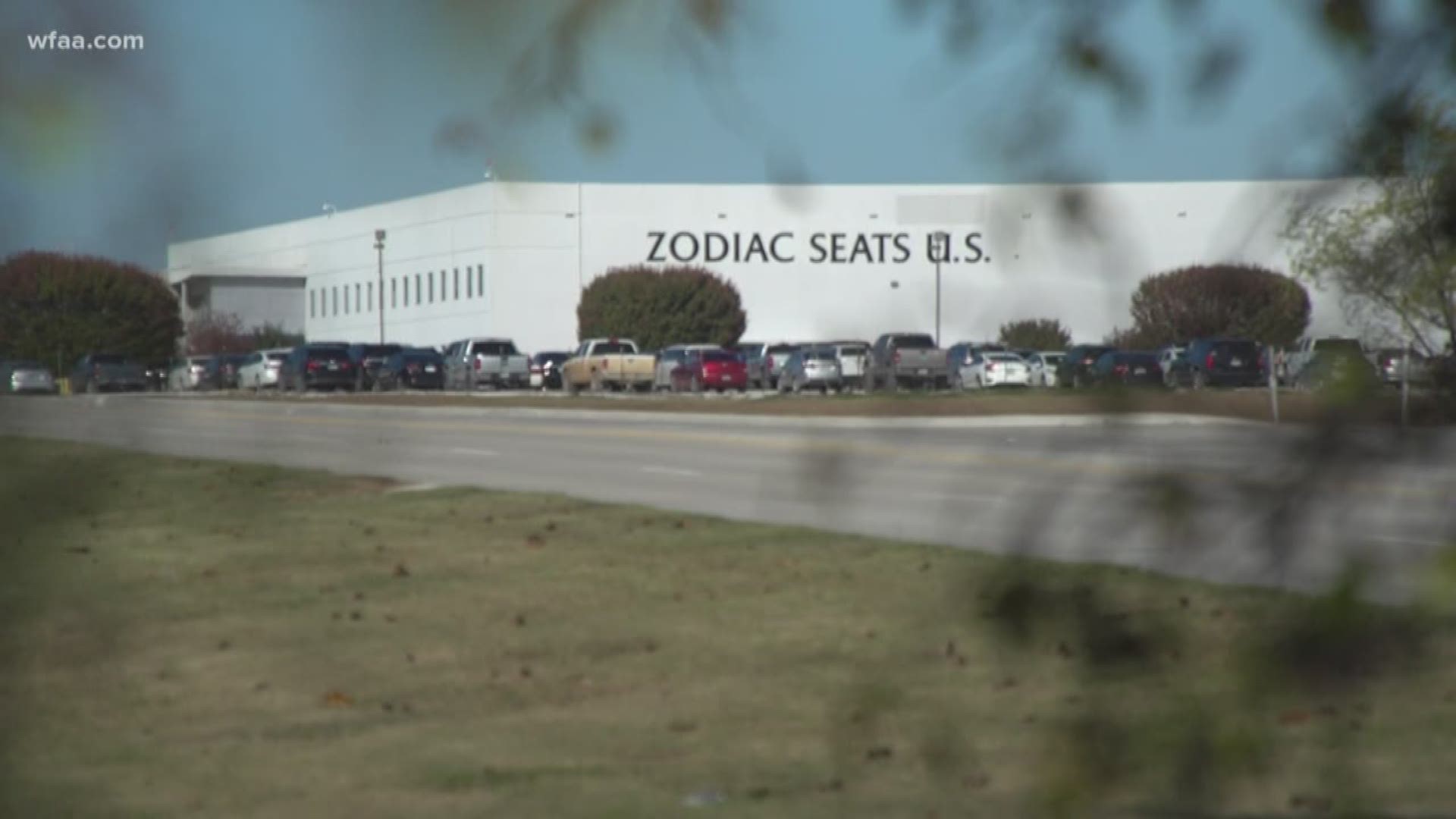 GAINESVILLE, Texas — An African-American employee of Zodiac Seats U.S. is suing his employer for discrimination, hostile work environment and retaliation after he said white employees used racial slurs against him and even left a noose in his workspace.

It is doubtful you have flown anywhere without sitting in a seat made by Zodiac Seats U.S., which is based an hour north of Fort Worth in Gainesville.

Having moved here in 1976 from Nigeria, he said he never expected the discrimination he experienced at work.

“When I came to the United States I never experienced discrimination in my entire life,” Asagba said.

He recently filed a federal lawsuit accusing the popular airplane seat maker of discriminating against him. In March 2015, more than a year after he was hired, Asagba said his supervisor at Zodiac Seats U.S. used a racial slur against him.

The comments, Asagba said he reported to Human Resources, were made in front of his colleagues by the supervisor, who is white.

“They suspended him for a few days and then he came back. When he came back he started telling people that I was trying to get him fired. I’m like ‘How am I going to try to get you fired, you’re the one who called me black monkey,'” Asagba continued.

Then, two months later, something even more startling happened to him.

“That is the noose that they placed on my desk,” Asagba said, showing a picture of it on his mobile phone.

The noose, which Asagba said was also reported to Human Resources, was placed there by two white women, according to the lawsuit.

“The next day, a white co-worker said the word “hanging”’ as Asagba walked by, the lawsuit adds.

Not long after, Asagba’s lawsuit lays out, Zodiac Seats retaliated and demoted him to the assembly line.

“The Senior Manager of Assembly is the brother-in-law of the White male [supervisor] who called Plaintiff a 'black monkey,'" the lawsuit states.

“It’s egregious for multiple reasons," said Jay Ellwanger, Asagba’s attorney. "First of all, any use of racial slurs and especially a noose at the workplace is beyond the pale. But then after that occurs, it’s incumbent upon any employer to do the right thing, to discipline employees, to train remaining employees and to not retaliate against an employee that comes forward with a complaint."

“We cannot specifically comment on ongoing litigation, but we will state that we categorically deny the allegations in Mr. Asagba’s lawsuit and intend to defend ourselves to the fullest in the court in which it is pending,” wrote Scott Devine, Vice President, Legal and General Counsel for Zodiac Seats U.S., in an email to WFAA.

For now, this father of five remains employed there in a lower position than he once had as he awaits a judge to consider the evidence he’s presenting.