Construction trucks and traffic cones have been a part of life for the past two years in Mansfield. 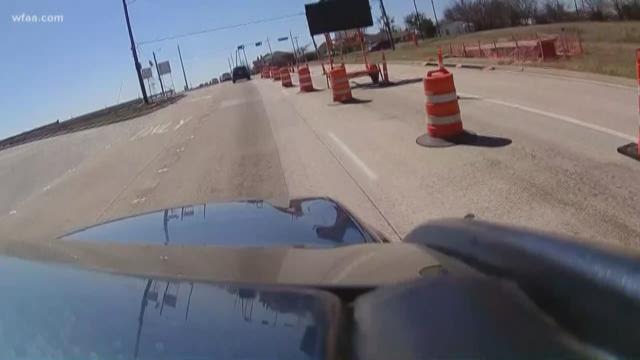 Construction trucks and traffic cones have been a part of life for the past two years in Mansfield.

Since November of 2015, SH 360, the direct route between Mansfield and the mid-cities has looked under construction. Head south from Arlington, and just a few miles into your drive, you'll see traffic start to slow down. Pretty soon, you hit the road work -- miles and miles of road work.

TxDOT crews are working to make a six-lane toll road. It's all part of a $340-million project.

"I'm just ready for them to get it finished," Thorley said. "It's been going on forever. If you're going to be in a hurry don't go that way."

For hair dressers at this Mansfield salon the project is crawling along.

"I mean is there really a light at the end of the tunnel?" Thorley said.

And when you're battling traffic on a day to day basis, you look for little signs that relief may be on the way.

"I did see one of the arches go up and I was like, 'Yeah, it's happening,'" Thorley said. "I hope it is what they say it's going to be like."

The toll checkpoint Thorley was referring to is a sign that the end of construction may be in sight. And, according to TxDOT, the project is supposed to be "substantially complete' by the spring of 2018.