9 months in a hospital: How a Plano obstetrics unit helps high-risk mothers have healthy babies 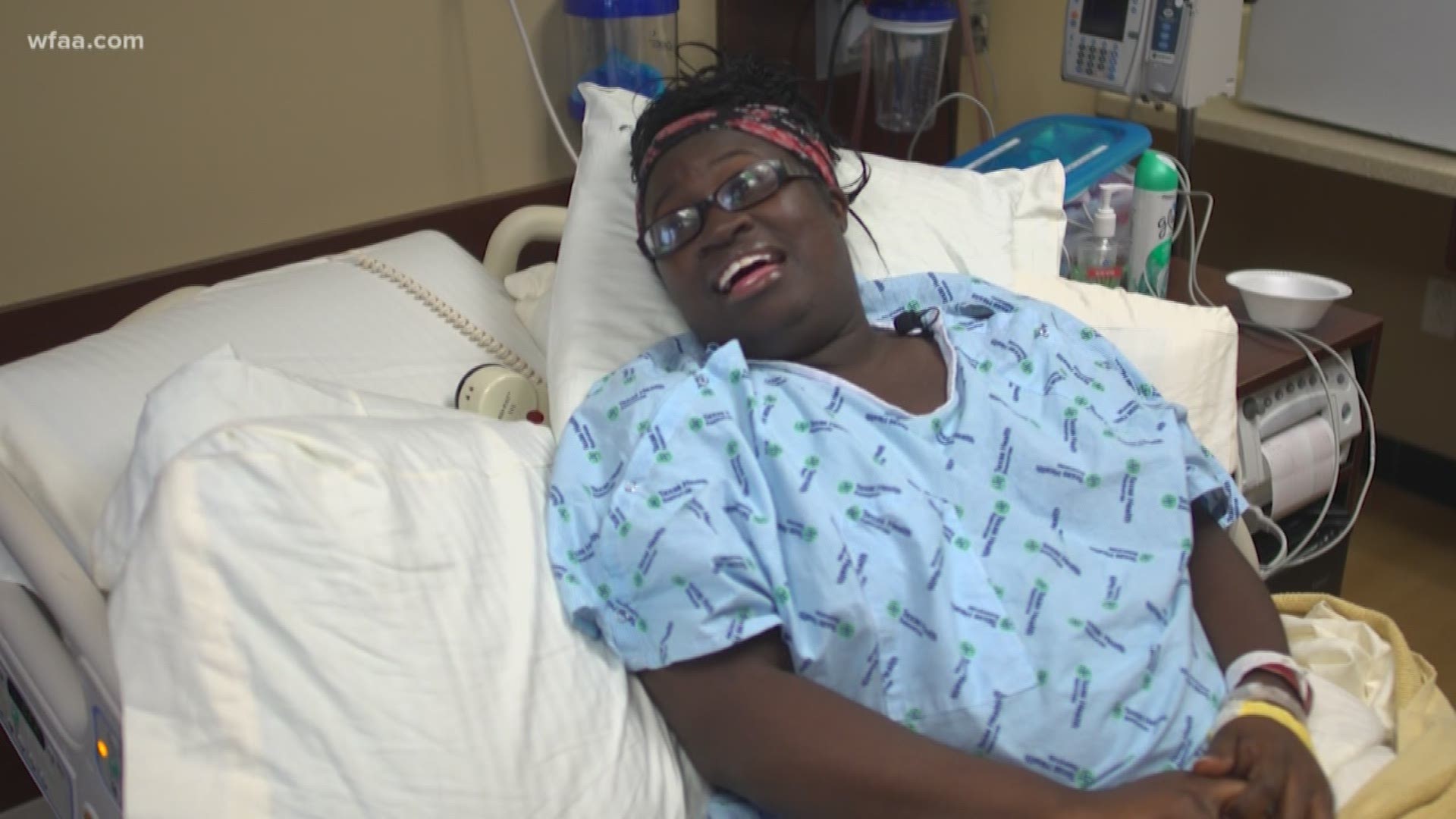 PLANO — If you break down nine months into 6,570 hours, or a little more than 23 million seconds, it sounds insurmountable. Especially when much of that time is being spent in one tiny room.

When we met McCoy, she’d been in her room for four weeks and two days.

“I have good days and bad days, I’m not gonna lie,” McCoy said. “Not gonna sit here and say it’s all been ponies and roses. But when I think about the reason as to why I’m in here, it’s awesome. I’m in here because I want my baby to be healthy.”

“When you go to labor and delivery you’re going there because you want to have a baby. When you’re here in high-risk obstetrics, you’re not ready to have your baby yet and we’re trying to keep you pregnant,” Robison said.

“Every day you keep a woman pregnant is a reward,” said nursing supervisor Tara Boston. “And you know what? Women are dynamic, and you see it every day.”

Serious complications early in her pregnancy landed Ashley McCoy on long-term bed rest, which in some cases can last days or weeks or, in Jessica Brotherton’s case – even months.

“This was my home for 60 days,” said Brotherton, outside room 352, where she spent eight weeks. “I didn’t go outside my four walls.”

“We had Mother’s Day here, we had my daughter’s birthday, we had my birthday, and we had our anniversary here - lots of life events,” Brotherton said.

“You just have to wake up every day and say - this is what I’ve gotta do and I’m gonna do it because it’s for your baby.”

Brotherton delivered her son in July and returned to the unit in the fall to deliver some empathy and hope to other women in her situation.

She leaned over McCoy’s bed and hugged her, even though the two had never met.

“I’m going to write my name and phone number up here and want you to text me,” Brotherton said. “I want you to look me up on Facebook and we’ll be Facebook friends because the only people who understand what you’re going through are people who’ve done it. Everyone else can say they feel for you, and they can’t, because they’ve never done this. And it’s hard!”

Looking at Pinterest, shopping on Amazon and researching how to open her own bakery filled most of McCoy’s days. So it was refreshing to meet someone who understood how it felt to miss the little things.

“I just wanted to see outside. I thought, 'It’s going to be so different when I get out of here,'” she said, adding with a laugh, “It wasn’t.”

Before leaving McCoy’s room, Brotherton said, “It’s gonna be a long road, but you can do it. It’s for a good cause.”

“He’s worth it,” McCoy said. She looked at her swollen belly and laughed. “I hope you are! I’m sure you are.”

After our visit to the high-risk obstetrics unit at Texas Health Plano, Ashley MCoy gave birth to a healthy baby boy named Elijah. See a picture of the mother and child below.