The temperature for Sunday’s NASCAR All-Star Race is expected to reach 97 degrees with a heat index into the 100s. Drivers' cars will reach 140 degrees. 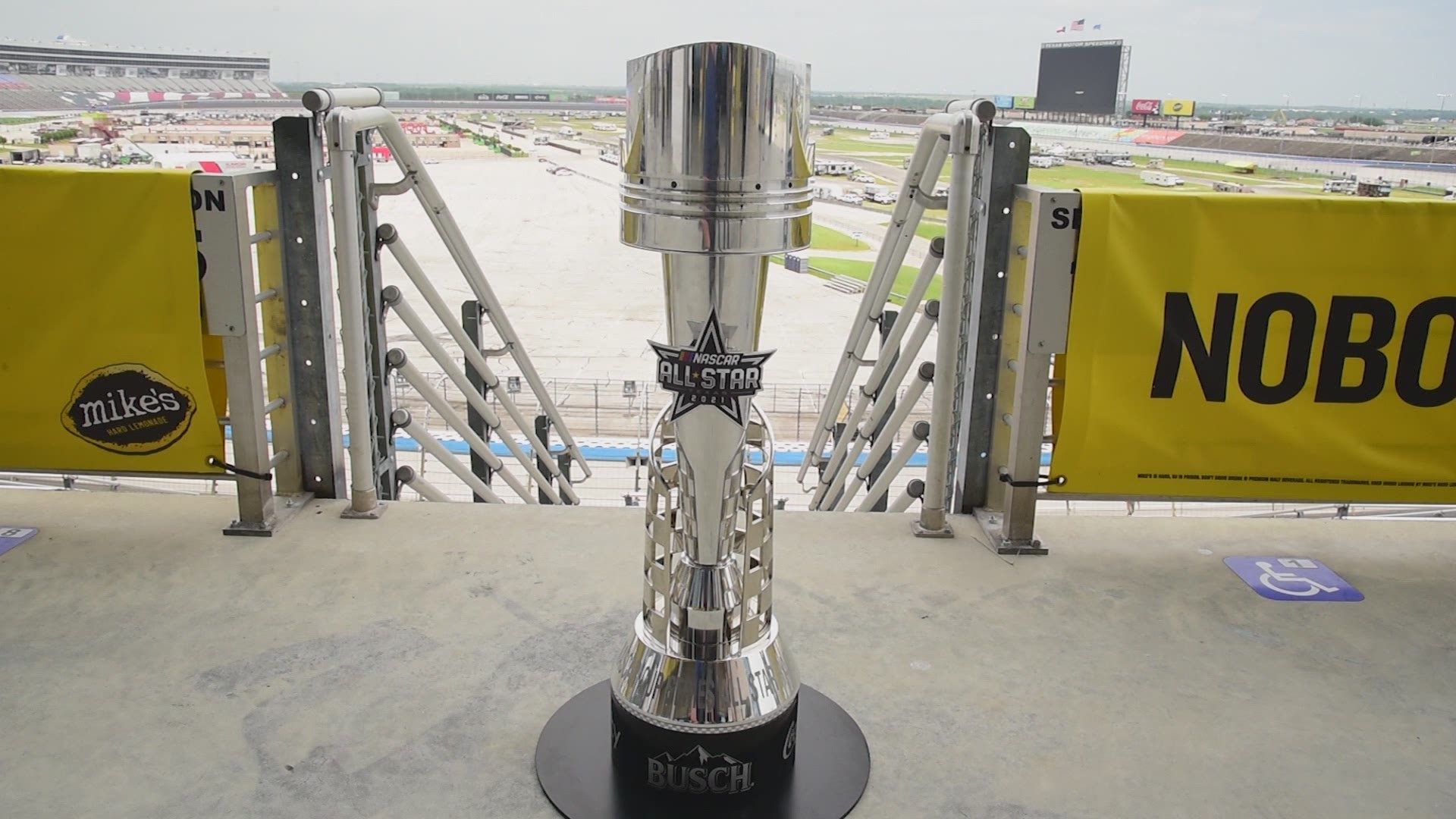 But Sunday, NASCAR is bringing its All-Star race to town, just as the first traditional Texas heatwave of the summer sets in.

Gossage, president of the speedway for 25 years, calls the All-Star race “the biggest race we’ve ever had.”

Cool is a relative term. High temperatures are expected to top out in the upper 90s all weekend. When humidity is factored in, the heat index will reach well into the 100s.

For Kacie Kinney of Lewisville, a NASCAR fan camping on the TMS grounds, the heat isn't a problem.

Kinney and friends take up two rows of campsites. Thursday, they were sitting in lawn chairs under open-sided tents to shield themselves from the sun.

After a year-and-a-half away from their camping tradition due to COVID restrictions, the heat didn’t bother them at all.

Kinney also had a kiddie swimming pool set up outside her air-conditioned trailer to help keep cool.

Credit: WFAA
A swimming pool set up on the Texas Motor Speedway campground helps NASCAR fans cool off from the sizzling heat.

A few campsites away, Roger Keasler of Venus had stocked cooler after cooler with ice cold – mostly adult – beverages that he said would help him and his friends beat the heat.

A strong breeze – albeit a hot one – was blowing through his tent.

“In the wintertime, we have to put the sides up and we don’t get the breeze. We try to hide from the cold,” he said. “Totally different.”

The biggest races are typically run at TMS in the spring and fall with one Indy car race in June, Gossage said.

But NASCAR decided to hold the All-Star race at TMS this year.

RELATED: Heat stroke vs. heat exhaustion: Symptoms to watch for and when to get help

Gossage said the speedway will hand out iced-down cooling towels and bring in large misting fans.

But the drivers of the race will encounter an entirely different level of hot down on the track.

“It’s typically about 140 degrees in the car, no matter what time of year it is,” Gossage said. “So, they’re used to it. They’re in great cardio shape. This is just normal for them.”

“The drivers hydrate for days leading into a race, particularly the hot ones. And to be honest, we’re not in the hot part of the summer, yet, so this is gonna be easy for them," he added. "They’re athletes."

The concern, Gossage said, is the people in attendance.

“We encourage everybody to hydrate, be smart, wear the right clothes, and be ready,” he said.