Marine veteran in cancer fight gets help from his 'tribe'

A frequent volunteer who raises money and awareness for veteran assistance organizations, watches his friends and fellow veterans band together to help him instead. 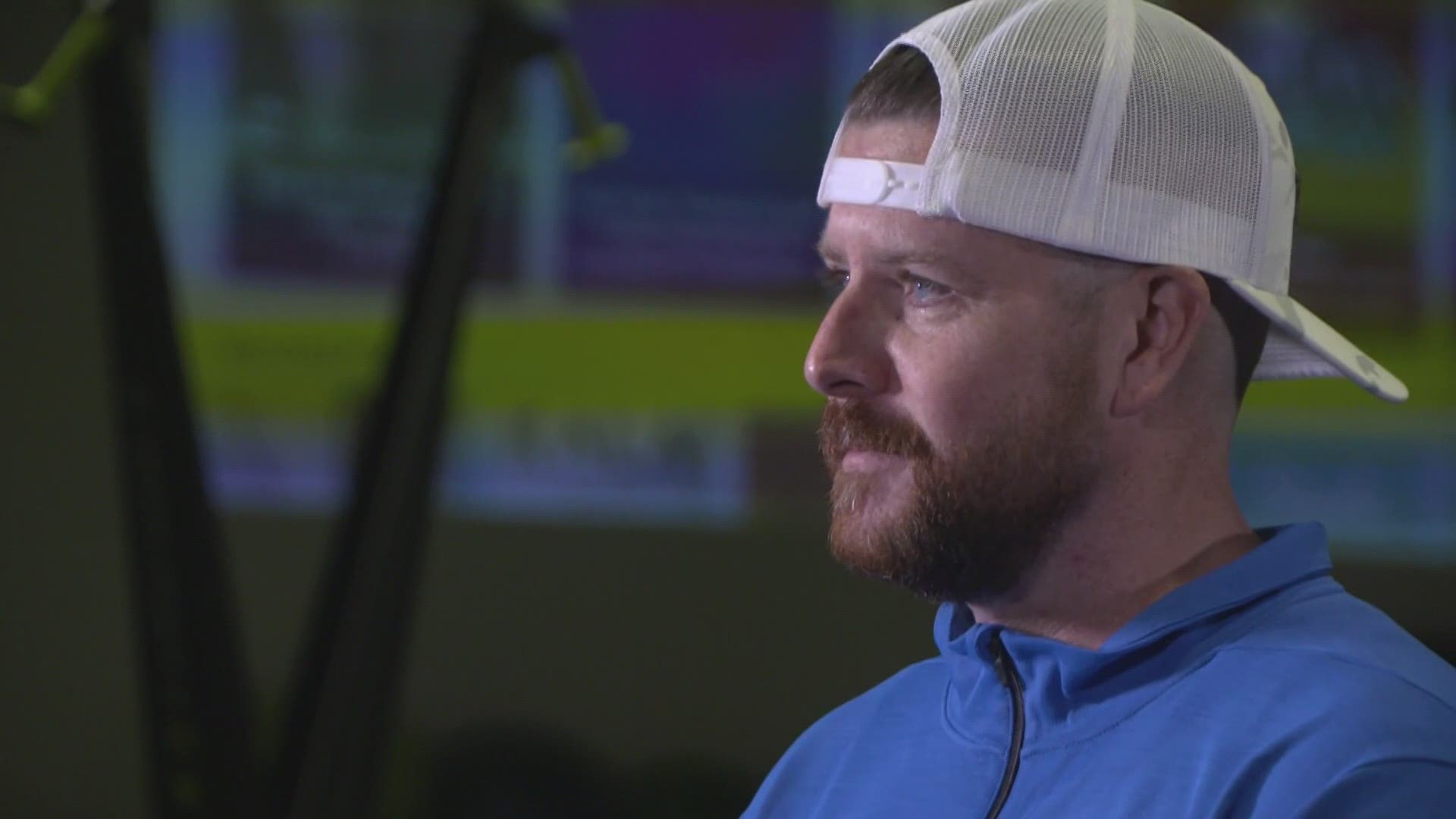 CARROLLTON, Texas — Michael Carnell sometimes jokes about the reaction he received several years ago at a hardware store when he asked for help cutting a length of heavy chrome chain, specifically a chain 22 links long.

"The guy didn't quite understand why," Carnell said. "Obviously, it means more than just 22 links and a lock, you know."

The 22 links are for the estimated 22 veterans and active duty service members who end their lives by suicide each day. So, for the last decade, often with that chain and padlock around his neck, the Marine veteran has helped raise awareness and money for veteran assistance groups like Carry the Load, 22Kill, and the Adaptive Training Foundation.

But today, he's the one who needs help.

"The oncologist came out and talked to me and said we have stage IV cancer," he said of his colon and liver cancer diagnosis. His treatments began just this past January.

"When we got the diagnosis, it was tough for a few days. It's all this, your wife, your kids, your house, your mortgage, your bills. How is everything going to get paid? What's going to happen? I'm not prepared for this, and I don't think anybody is," he said.

So Friday night at the Adaptive Training Foundation in Carrollton, dozens joined in a series of CrossFit style workouts. They wrangled ropes and weights, medicine balls and machines. Many of the participants were combat injured amputees who benefit from the Adaptive Training Foundation's programs. But on this day, every sit up, every lift was to raise money for Carnell and his cancer fight.

Fundraisers have been set up at both through TeamCarnell.com and the GoFundMe site to help Carnell, his wife Gabby and their three children. The donations will cover at least some of their medical costs.

"Just a way for us to wrap our arms around him and tell him how much we love him, and hopefully be able to raise some money for him," said friend and Carry the Load founder Stephen Holley.

"When you look at his three kids, and his beautiful wife, that's what really gets us," Adaptive Training founder David Vobora said. "We love Michael, but we really are about banding together. And the family is the why."

As much as he could, Carnell joined in the workouts too. This is, as he says, his tribe. His people. And they're in this fight together.

"It's part of the whole tribe mentality that we have. It's not just me. It's everybody," Carnell said.

"It's just one of those things you never want to have happen to you. But the true definition of tribe is all of these people getting together and doing these different events to try to help us out, and help us with one less thing to worry about, so that we can focus on the battle of cancer right now."

"You know they say it's incurable," Carnell said of his cancer diagnosis. "But they don't know who I am."

But now his doctors do know his tribe will fight with him every step of the way.