'Adoption is beautiful': Texas man shares how personal journey inspired his book 'When God Blessed Us With You'

"I'm living proof that someone who was adopted at age 2 and now 36, that success is indeed on the other side," said Jonathan Johnson. 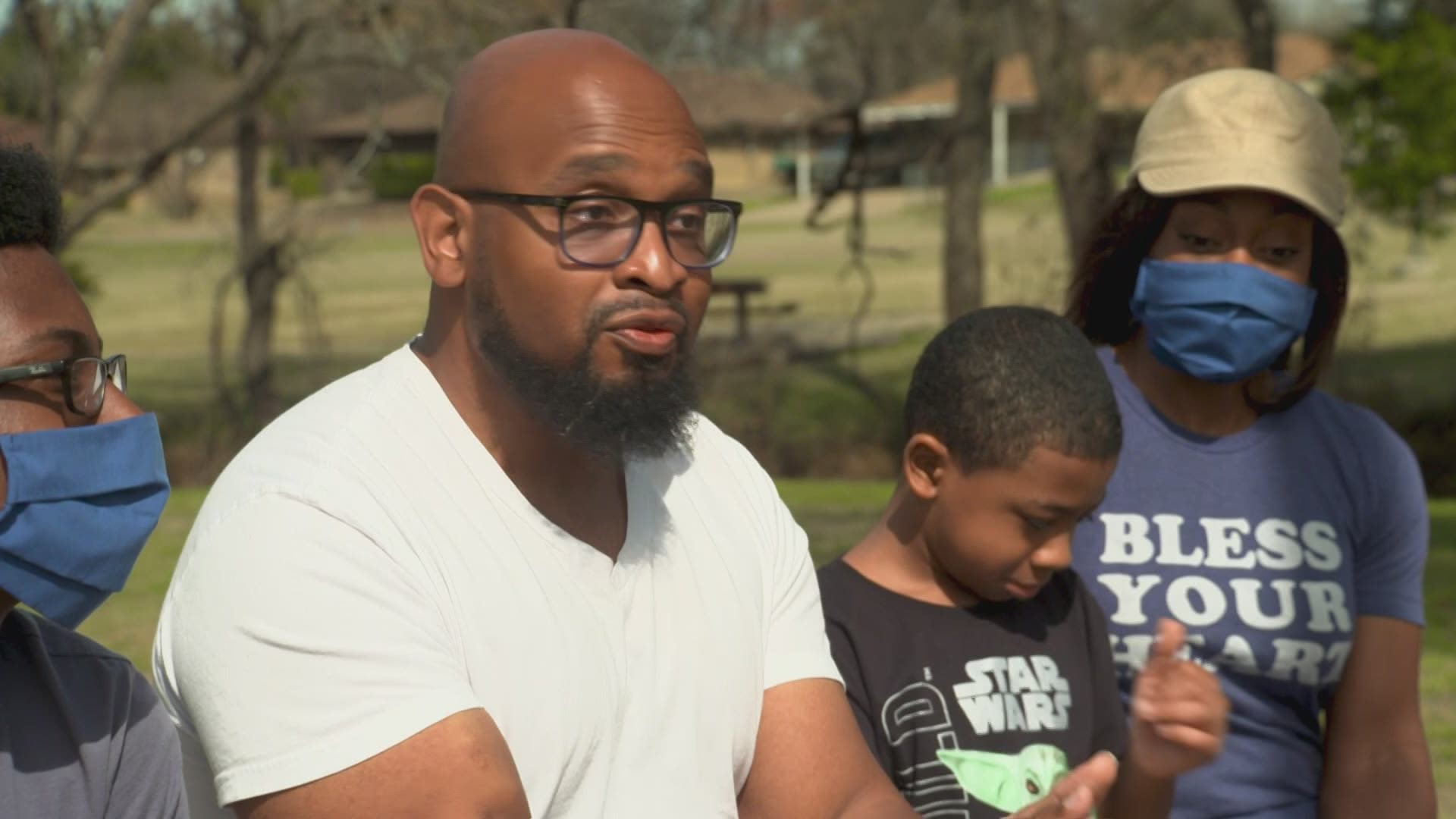 Everyone has a story, and sometimes those stories light a fire under us to make a difference.

For one North Texas man, his story has led him to write a special book about adoption.

Jonathan Johnson is a man who prays a lot. "We pray Lord that this interview reaches who it needs to most."

Johnson was adopted from foster care when he was 2 years old.

"I'm living proof that someone who was adopted at age 2 and now 36, that success is indeed on the other side," he said confidently.

His own adoption story is the inspiration behind his new book.

"The point of the book is to show that adoption is beautiful," he said.

His book, "When God Blessed Us With You," was released last November.

"This book is dedicated to those who have found their forever family and for those who are still waiting. God hears you," read Trey.

The storyline is about a little boy named Sampson whose parents figure out a clever way to tell him he's adopted.

"The basis of the book is to let them know that even though you're waiting to be adopted or for the kids who have been adopted, there's always someone out there who loves you," said Johnson.

Johnson grew up with a lot of love and support. The love he got from his adoptive parents carried him through some hard times.

"At age 15, I actually experienced kidney failure while at school," he said.

While trying to find a kidney donor, he found his biological mother.

She wasn't a match, but she became an addition to his family.

"Whenever I met her, I met her husband, but then it turns out on that side, I'm the oldest of four kids. And so now, my family got that much bigger overnight," he said.

Johnson is blessed with his health, a wife and two biological sons who adore him.

"He helps me, gives me hugs and prays for us. He makes us very happy and makes our dog happy," said his youngest son Landon.

Johnson's wife Britteanee is proud of him for shining a bright light on adoption and how beautiful it is when people care about making a difference in a child's life.

"Know that even though they may be older when you adopt them, their future is not based on their past, it's based on what impact the parents have on them and the foster system has on them. That's truly what I'm proud of him illustrating."

"I do see a lot of kids wondering why won't anybody adopt me? Does anybody love me? In other words, a lot of the kids I've seen feel there's something wrong with them and this book proves that there's nothing wrong with you."

To order a copy of When God Blessed Us With You, please visit: johnsonbooks.org.