Texas livestock, crop losses expected to be 'in the millions' after winter storm 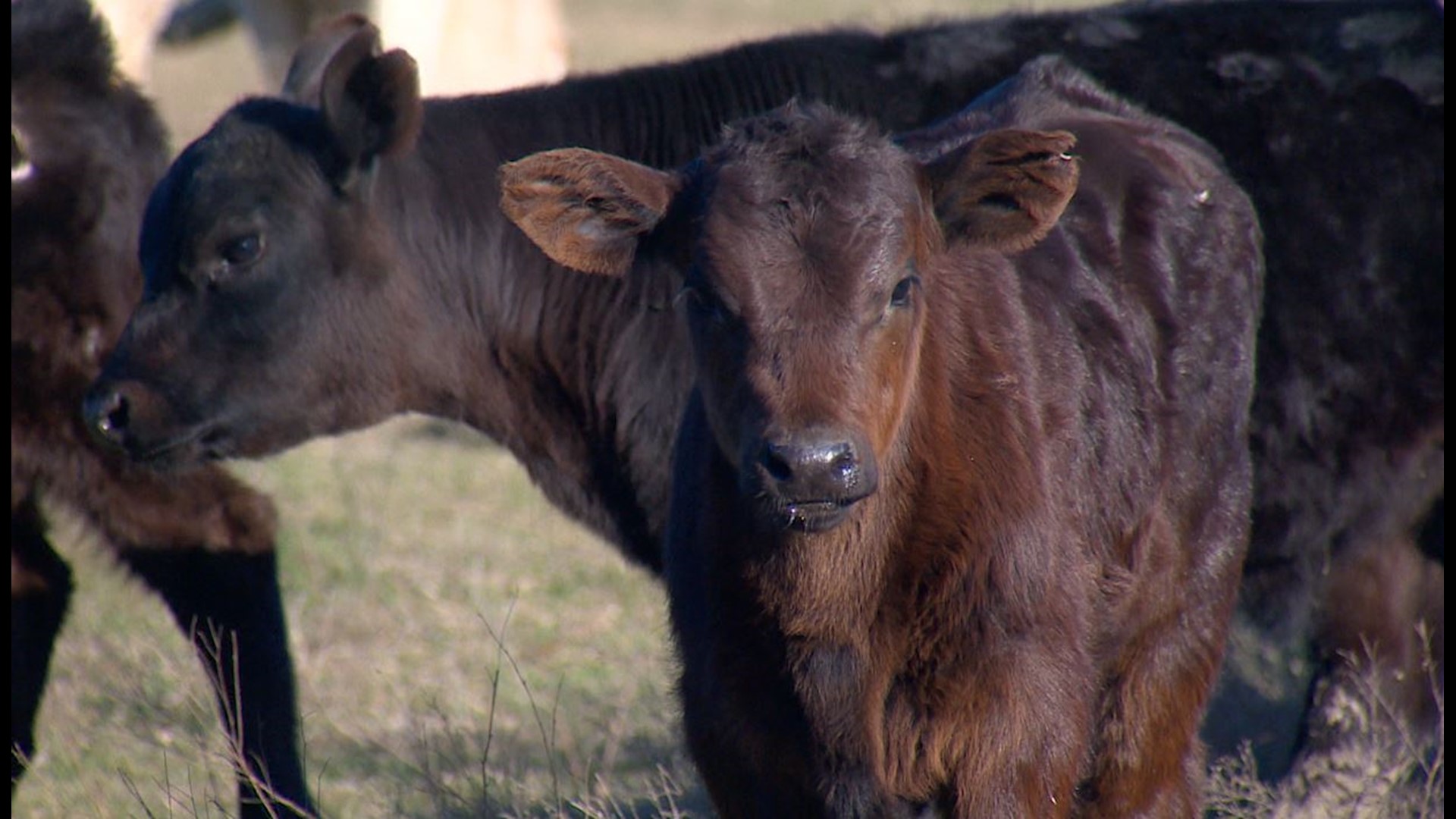 GRANDVIEW, Texas — A few days removed from the worst winter storm in decades, and farmers across Texas are taking stock of the damage.

In Grandview, just 45 minutes south of Fort Worth, Danny Johnson and his team have 550 cattle to care for across 3,500 acres.

“We’ve never experienced that here,” Johnson said. “It was a freak deal. I’m glad we had the experience around to help us and tell us how to get through it.”

Now, they’re in the middle of calving season, and, during the storm, there was a risk newborns could freeze to the ground.

“You’ve got to get out there and find those cattle. You’ve got to check them every few hours. Every day. All night,” Johnson said. “We just put our layers on and cover ourselves up and go.”

They had 17-20 calves born during the week and took them straight to hay-filled hotboxes with heat lamps for warmth. Even with the constant checks, the farm lost one newborn.

RELATED: 'We're just not set up for situations like this': Texas farmers fighting to keep cattle alive through winter storm

Justin Hale is Johnson County’s agriculture and natural resources extension agent. He’s now working on a report for the state to survey the losses farmers are now dealing with.

“Everybody's hurting. It just depends on which way, shape or form it is,” said Hale.

He said during the week, supply and feed stores were empty or closed and crops planted early in the season likely froze. Those planted late stand a chance of recovering.

“The fields are kind of brown and they're usually green about this time of year, and that's just because the frost damage has changed its color,” said Hale.

While floods and hurricanes do the most damage, the winter storm created losses for both livestock and crops. Hale said one local farm lost dozens of sheep.

“I still see the economic impact statewide -- it will be in the millions big time,” said Hale.

It’s unclear what that’ll mean for grocery store costs, but Hale said cattle prices were already up early in the week.

“It’s going to affect everything, because it’s supply and demand,” said Johnson.

In both packed cities and sprawling fields, Texans are still hurting and helping each other to get through.

“There’s people out here busting their tails trying to make sure our food chain stays together,” said Johnson.