Ambler died in Williamson County deputies' custody in March 2019. Video and details about his death have only been released in the past week. 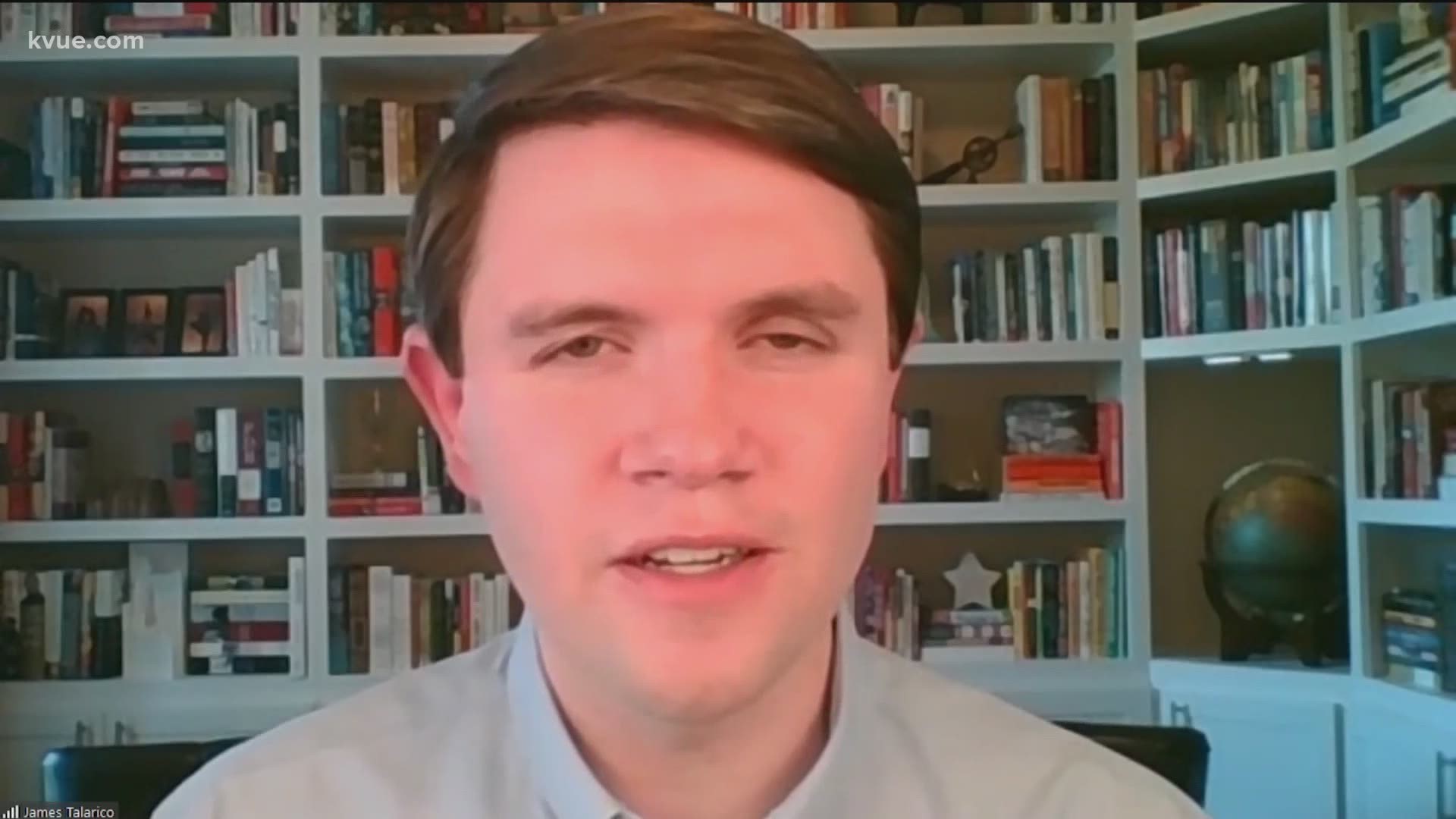 In March 2019, Javier Ambler died in the custody of Williamson County sheriff's deputies. Video of the fatal encounter, as well as details from an internal affairs investigation, have only just been released in the past few days.

Now, state, local and community leaders are reacting to the video and the KVUE Defenders' findings regarding the case.

On Thursday, in an op-ed for our partners at the Austin American-Statesman, Texas Attorney General Ken Paxton asked the state legislature to allow his office to investigate in-custody deaths. As of now, his office only publishes reports that are written by agencies where a death has happened, but Paxton wrote, "Apparent or actual conflict of interests in these horrid cases will only serve to further erode public confidence in our law enforcement institutions."

"I think the Williamson County Sheriff's Department has had a troubling history, particularly in the last few years, of racism within the department that has gone unanswered by its leader, Sheriff Chody, and this is just another example of that failed leadership. And so, it's time for him to go," Talarico told KVUE. "But it's also time for us to gather as lawmakers at the State level to address police violence and systemic racism throughout Texas."

Talarico said he also wants Gov. Greg Abbott to call lawmakers back to the Capitol for a special session to address criminal justice reform.

"Although I am calling for [the] resignation of Sheriff Chody, this problem does not begin or end with him," Talarico said. "There is something deeply broken within our system of policing in our community and in our country. And until we root out that injustice, we're not going to be able to see the results that we want to see on our streets or in our neighborhoods."

Austin Rep. Celia Israel (D), who represents the district where Ambler lived, was the first lawmaker to call on Abbott to call a special session over the incident.

"Javier should be alive. He and his family deserve better. They deserve immediate action. I’m calling on Gov. Abbott to call a special session. Immediate reform to our system is necessary," Israel said in a statement to KVUE. "That it took 15 months for this case to come to light, despite every attempt by the Williamson County Sheriff’s Office and 'Live PD' to withhold evidence, affirms this. I mourn for Javier’s family who, on top of losing a loved one, has been unable to receive closure due to the ongoing search for truth."

On Wednesday, Israel sent the governor a formal letter requesting a special session:

State Rep. Garnet Coleman (D-Houston) and State Sen. John Whitmire (D-Houston) announced they are already working on legislation for the next session to address criminal justice reform, including passing provisions from the original version of the Sandra Bland Act that were removed before it was signed into law, including banning pretext stops and requiring more training for officers.

"That's absolutely a sorry reason for someone to lose their life; because they had they're bright lights on," Coleman said. "The reality is, I believe we would be in a different space had we been able to pass some of the other provisions [from the Sandra Bland Act]."

Coleman said legislation he's crafting would also ban the use of chokeholds by law enforcement and require officers to intervene if they see a colleague violating protocol.

"The video of Javier Ambler’s death in the custody of law enforcement is deeply disturbing. While the circumstances that may have contributed to his death remain unclear, we owe it to Mr. Ambler’s family to conduct a full and transparent investigation of this tragic incident without further delay," he said in a statement to KVUE. "Our entire community deserves answers, accountability and justice."

“I am calling on Sheriff Chody to resign for two reasons. Number one, the fact that key evidence – footage from the reality television show that was filming this incident – was lost, shows a serious failure on the part of his department to have secured that evidence when the department had the opportunity,” West said.

Moore also said there should be more transparency between police and the public in situations like this.

"There is no reason that this information should come out a year and three months later. Like, we need police departments or we need systems in place that can make sure our police departments are being as transparent as possible," Moore said.

Moore called for lawmakers to make dramatic changes to policing.

"Just days after Gov. Greg Abbott said he doesn’t want to see a death like George Floyd’s in Texas, new video shows that it already has occurred in Texas,” he said. “Javier Ambler died as a result of a Williamson County Sheriff's deputy tasing him to death. His words – 'I can't breathe' – were the same ones that George Floyd struggled to say as he was suffocated by a police officer. They were the same words that Eric Garner said. Abbott said Texas would respond to George Floyd’s death. Well, Texas should have responded long ago; it would have saved Javier’s life. It might have saved Sandra Bland’s life. Now more than ever we need our elected officials and lawmakers to make a dramatic change to our system of policing."

Nelson Linder, the president of the Austin chapter of the NAACP, said the organization has launched an inquiry into Ambler's death and "will ensure that no details are left uncovered." He said the NAACP is concerned with how the incident has been investigated by the Williamson County Sheriff's Office, including how long it took for any information to be released.

"I mean, this is what, 15 months? Fifteen months and you still have parallel investigations? Give me a break, man," Linder said. "So, you hold him down, and the man is telling you he can't breathe, he has congestive heart failure. I mean, there are so many things wrong about this whole situation, including the initial stop that was unnecessary, unwarranted."

Travis County District Attorney Margaret Moore said that her office has been fighting with the Williamson County Sheriff's Office for the last year to have "Live PD" video footage related to Ambler's death released. Moore said in part that, "WilCo has stonewalled our investigation. We planned to take this case before a grand jury in April, but [because] of COVID-19, we'll be empaneling this summer."

RELATED: Timeline: A history of 'Live PD' in Williamson County

On June 9, one day after KVUE released the footage relating to the death of Javier Ambler, the Williamson County Sheriff's Office released this statement:

Furthermore, Sheriff Chody added extra context to the statement, tweeting "In her scramble to justify why it has taken her office so long to address the Ambler incident, the Travis County D.A. says our Department is stonewalling. Nothing could be further from the truth. We remain ready to assist the investigation in any way."