While many Texas schools and classrooms have had recent difficulty getting kids hands-on experience, Aaron Kennedy has provided real-life business for his students. 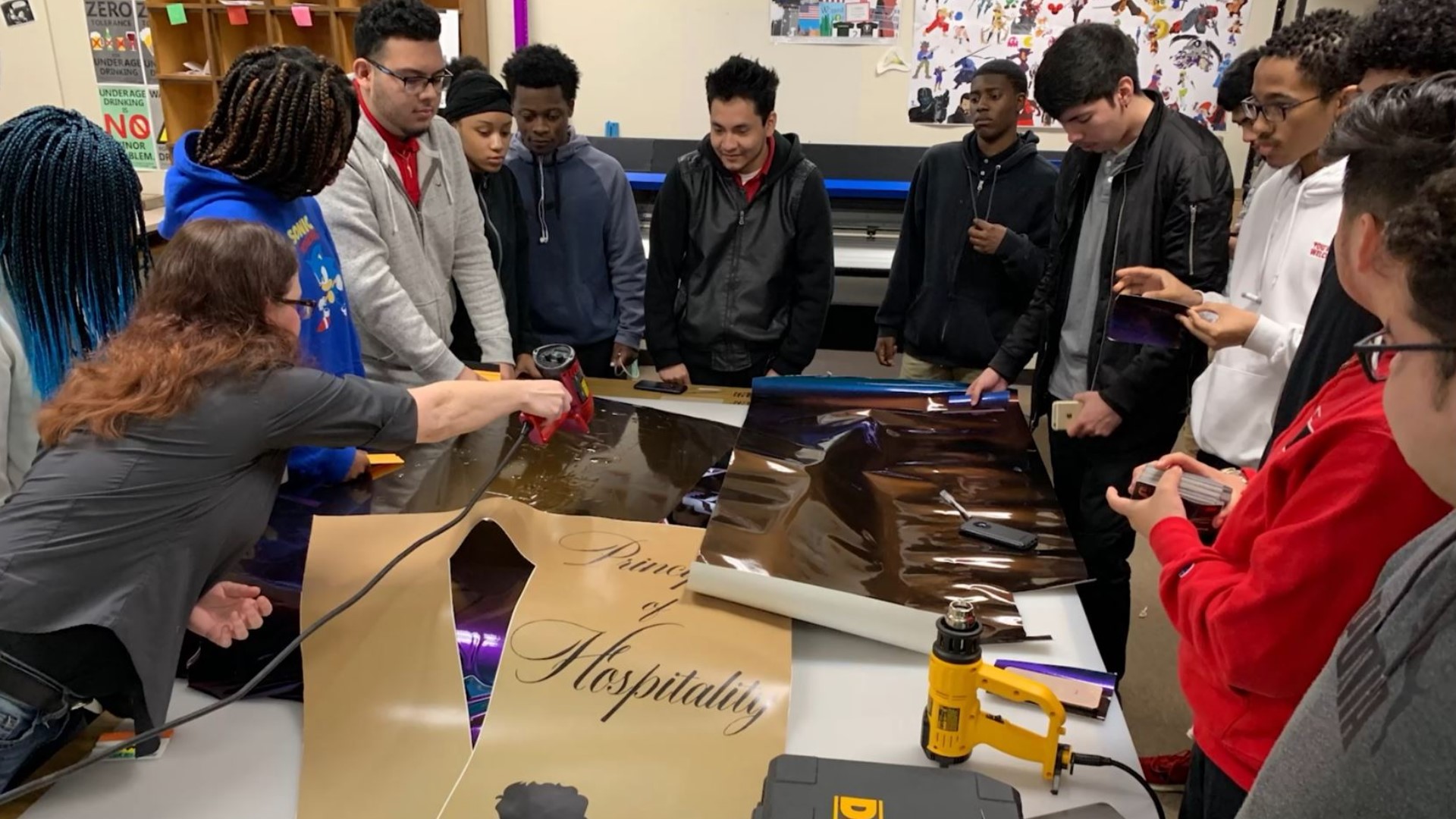 CEDAR HILL, Texas — Ashley Pilot is a senior at Cedar Hill High School. She has always considered herself the artistic type, but hasn't always been able to express the ideas in her mind.

"Being able to not overthink something and just get everything out," she explained.

That's why she signed up to take a graphic design course at Cedar Hill High School her sophomore year.

Once she realized how this course helped her be creative like never before, she signed back up for both her junior and senior year.

"You have your ruleset, but you still have the freedom to be who you are and express yourself," Pilot said. "Even outside of graphic design, you learn how to deal with other people for different things in life."

Ivan Addison is a junior, also taking graphic design, who was put into the course when he came to Cedar Hill High School. While he didn't initially choose it, he said now graphic design is one of his favorite classes.

"I am getting the chance to actually put my stuff out there," he said.

Aaron Kennedy teaches the graphic design class at Cedar Hill High School. He has been with the school for nine years, teaching other audio and video classes, as well.

But specific to his graphic design course, he knew he wanted them to get hands-on experience from the start.

"When you step into my classroom, you're not a child," Kennedy said. "I don't treat anybody like a child. I treat everybody like an employee."

RELATED: Chickenfeather, Texas: How a dark crime gave this town its weird name

For the students who take Kennedy's class, they are required to go beyond the textbook and computer and actually find work.

While these students create designs and banners you will find through the school, they also have to reach out to real businesses and agree to paying jobs for different companies.

"You have to know how to sell yourself and how to advertise yourself," Kennedy said.

Credit: Jay Wallis
These five designs were created by Cedar Hill high school students for businesses in the area.

Kennedy also does some promotion of his students himself. He said he has past clients from previous jobs that he keeps in contact with and will help his students find opportunities.

"I try to instill a lot of confidence," Kennedy said. "I try to get them to understand that they can go out, and they can achieve more. They can be creative."

Cedar Hill physics teacher Cassie Johnson is also someone who has a creative side.

"I've been a hobbyist and have been making candles and soaps for a while," Johnson said.

She recently decided to turn her hobby into a candle and soap company: The Sassy Teacher Candle & Soap Co.

She hired Addison to create her branding and business logo.

"As I was getting into my products and more into some research, I kind of changed my vision," Johnson said. 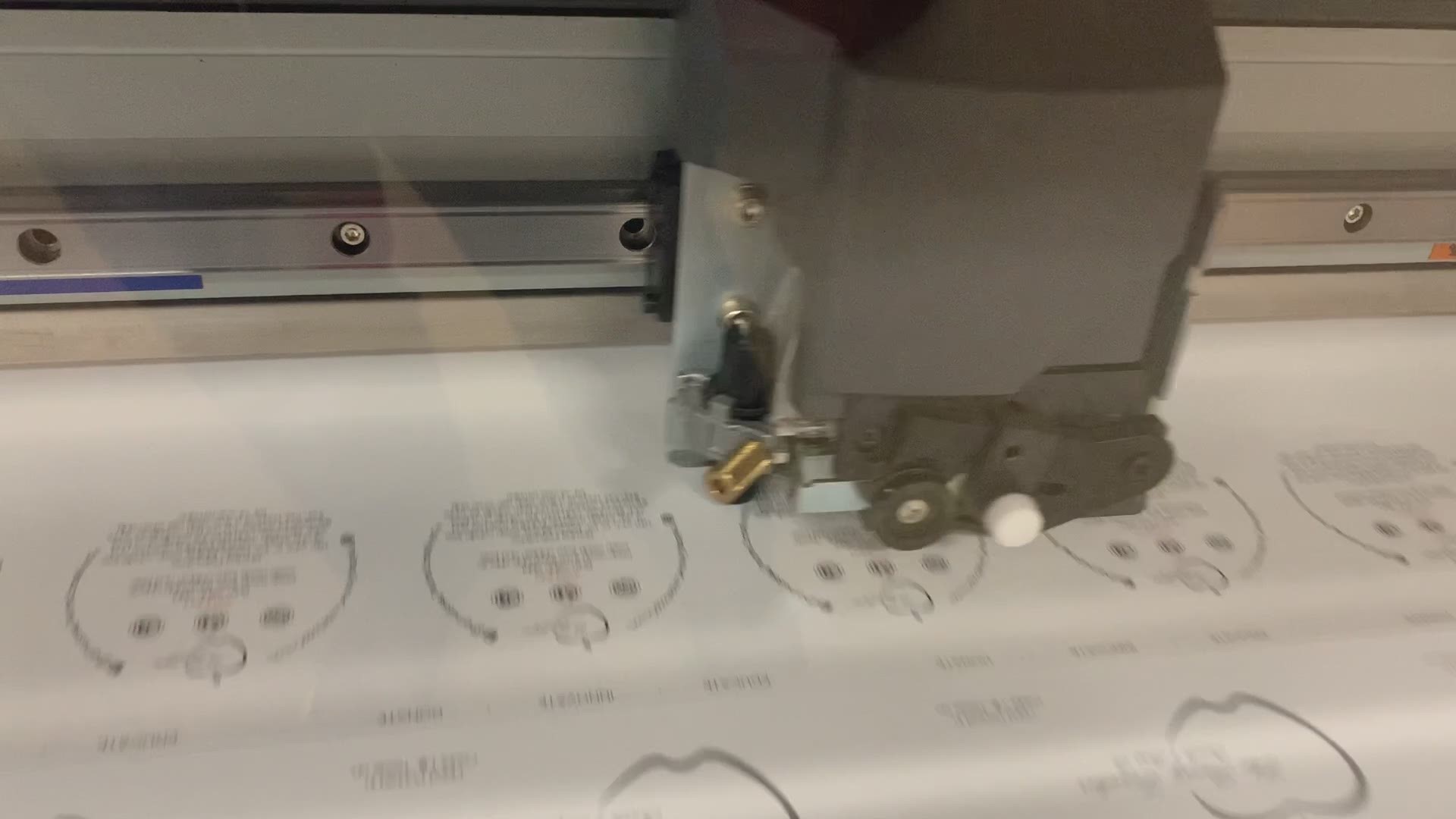 This created a lot of back-and-forth emails between the two, as Johnson tried to figure out exactly what she wanted in her logo.

While Johnson said she was always apologetic about asking for updates and changes, Kennedy said this is what the real world is like and is good for the students to experience.

"My students do incredible work, but it's OK if the client ends up not liking it," Kennedy said. "It's a critical skill that the students have to learn. I'd much rather them learn it while they're in high school where if they fail, I'm there to support them and help them through it."

Kennedy also created a print shop in his classroom that is available for people outside the school. He said many students who go on to do some type of graphic design will come back to use the print shop.

"The creative ability to just think differently is going to serve them very well," he said.

RELATED: Duncanville police warn of increase in scams that involve gifts being delivered to victims' homes

Pilot said she plans to pursue interior design once she graduates and that she plans to use a lot of what she has learned in the past three years.

"It is a very satisfying feeling to be able to see something that you thought up and never really knew how to do come to life," Ashley said.

So, during a year with little in-person learning, these students got plenty of real-life lessons to take with them outside the classroom.