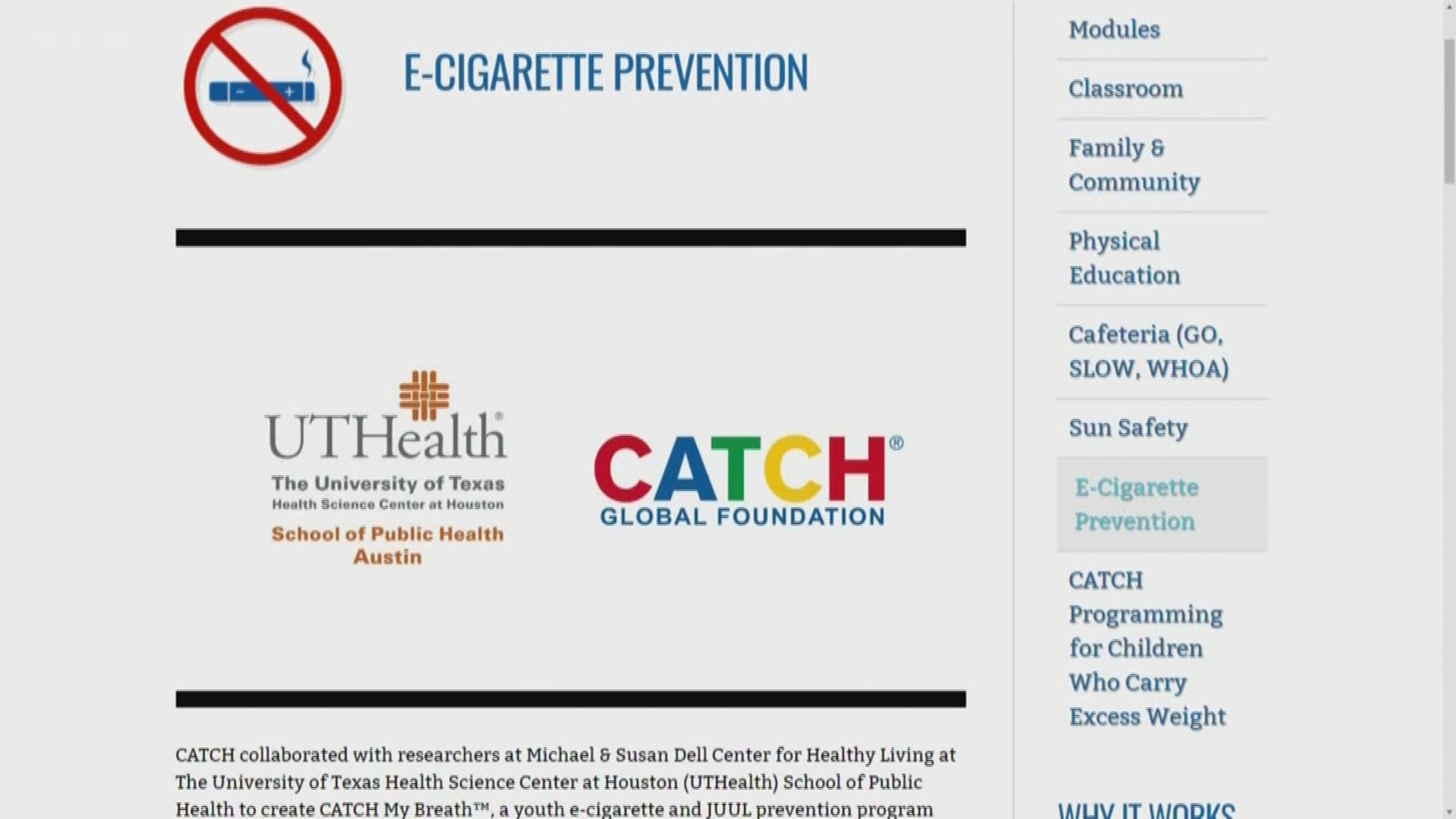 FRISCO, Texas — The Texas Department of Health on Monday said the agency is investigating suspected cases of severe lung disease in adolescents who use e-cigarettes.

An agency spokesperson did not specify how many suspected cases or where they are located.

An alert issued asks health care providers to watch for cases of severe lung disease - and to ask about vaping usage to any patient with severe respiratory symptoms like cough, shortness of breath and fatigue.

The report comes as districts across the state return back to school for the fall semester.

Frisco ISD says it plans to bring an e-cig education campaign to students and parents next month.

Stephanie Cook, the managing director of guidance and counseling in the third-largest school district in North Texas, says the program called "Catch My Breath" is targeted at shattering myths surround e-cig use, namely, that the devices are not addictive.

"I’ve had a client before who couldn’t even leave it [e-cig] out of the session," Cook said.

The Centers for Disease Control and Prevention on Monday said it is now investigating 94 cases of possible severe lung disease from e-cig use in at least 14 states dating back to late June.

Frisco ISD is planning to hold a session for parents and students on September 18 at 6:30 p.m. and then add curriculum for middle and high school students from "Catch My Breath".

The program was developed at the UT Health Science Center in Houston.

"We just started asking questions and really uncovered that ‘Hey, this isn’t maybe a huge problem right now in our district but it’s a problem in our country,'" Cook said.

Debbie Gillespie, Frisco ISD Board Trustee
Our FISD Counseling dept. continues to do a great job with informative programs for parents and community members. Please join us in hearing about the dangers of vaping and the growing use among...