Gov. Abbott says there will be no more mask mandates

In an interview with WFAA when asked whether there is a threshold where a mandate would be imposed, Abbott said that mask-wearing is up to each person to decide 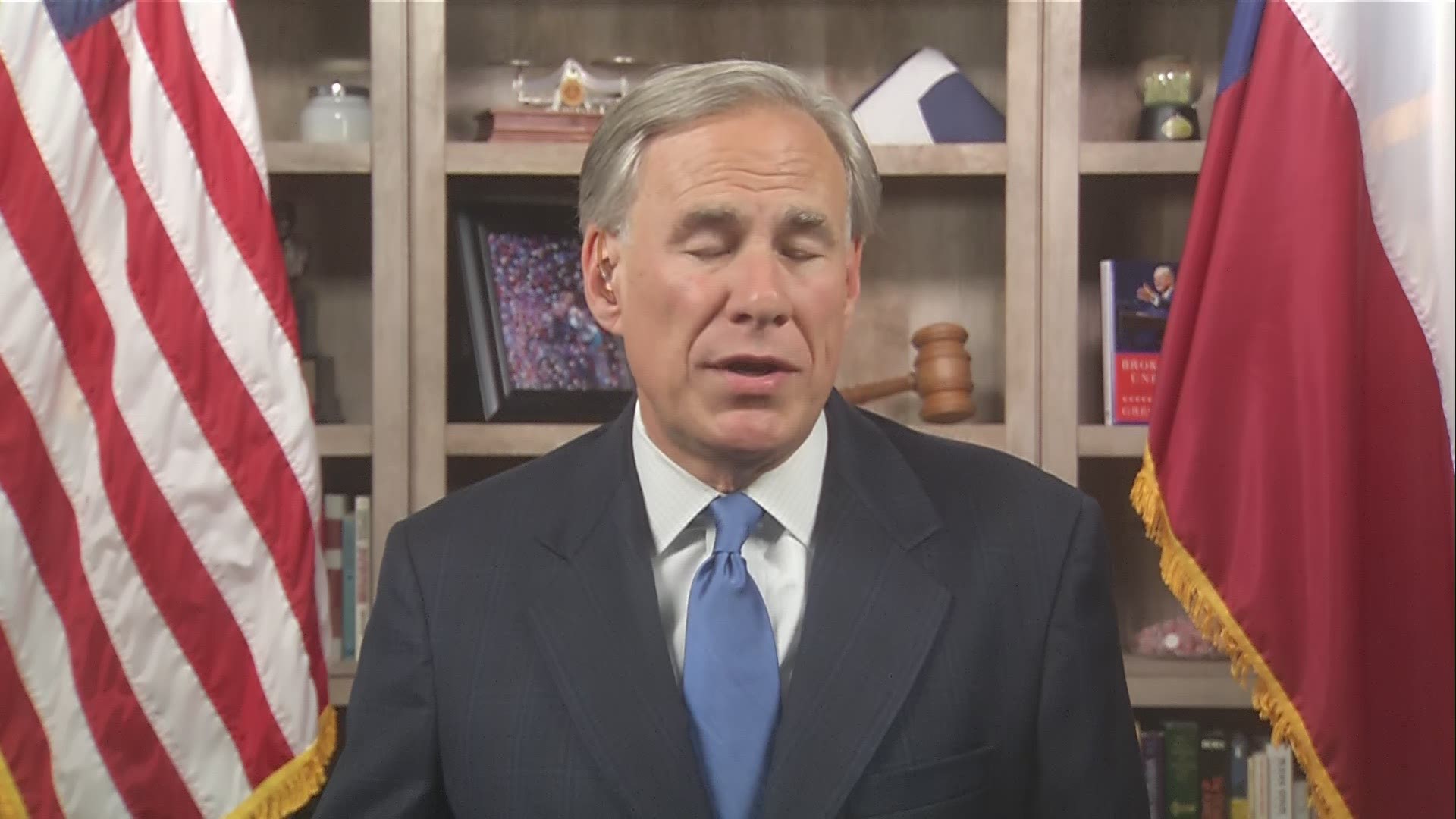 DALLAS — Gov. Greg Abbott will not impose any mask requirements as COVID cases continue to rise with the delta variant.

In a live interview with WFAA Tuesday when asked whether there is a threshold where a mandate would be imposed, Abbott reiterated his stance that it is up to each individual to choose to wear a mask.

"Every Texan understands what COVID can do," Abbott said. "Anybody who wants to can wear a mask. ... Every Texan has the individual responsibility to make the decision about whether or not they will get the COVID shot."

Students head back to school in districts across North Texas soon, but COVID-19 cases and hospitalizations are rising rapidly. Legislative decisions, along with orders from Abbott, have left districts and parents with few options.

Across North Texas, COVID hospitalizations have tripled in the past month according to the Dallas-Fort Worth Hospital Council. As of Tuesday, 3,319 people were hospitalized due to COVID across Texas.

"If a parent wants their child to wear a mask, they're free to do so," Abbott said. "But, we're past the point where government will be dictating mask mandates."

The current CDC guidance on how schools should handle COVID-19 recommends ventilation by opening doors and windows and using air filtration systems. It also says students should keep at least a three-foot distance and recommends screening, testing and contact tracing, along with isolation. In addition, the CDC says districts should have disinfecting procedures and all students who have not been vaccinated should wear a mask.

Another major issue in Texas is the stalled special session, after Democrats fled to Washington to avoid the bill on voting.

Democrats say the election bill, House Bill 3, which passed the Texas Senate, will make it harder for Texans to vote because of what Republicans are outlawing, including 24-hour voting and drive-through voting.

"During the pandemic election, Harris County imposed their own rules and what the Constitution says is the states, not counties, that had the authority to establish the rules for voting and hence is going to be a state having a statewide standard for all communities," Abbott said.

Abbott claimed that voter fraud happens "in abundance" for absentee ballots, but Texans cast 44 million votes from 2015 to 2020. There were 197 complaints from Republican lawmakers and there are 500 pending cases.

Abbott said the new legislation will "make it even easier for people to go vote."

WFAA also asked Abbott what is the immediate solution for the foster care crisis. Foster children are still sleeping in offices, churches and motels, despite Abbott passing legislation that would prohibit it.

He said that there were additional measures passed during the regular session, but that the Democrats needed to come back from Washington to pass the additional legislation.