With Texas economy reopening, Dallas businesses trying to find balance of what they can do and what they should do

While Texas restaurants recently were able to expand to 75% capacity, many in Dallas have decided to stick to a lower percentage for safety reasons.

Bar & Garden Dallas is one of many North Texas businesses trying to figure out how to get through the COVID-19 pandemic safely but also profitably.

Since this is a liquor store, it is considered an "essential business" and can remain open during the pandemic.

The store had been allowing a certain amount of people inside.

As of Wednesday, the store decided to shift to curbside pick up because of a recent rise in COVID-19 cases in the area.

"Considering the record-breaking numbers in Dallas County, we felt it best to return to the curbside pick up and delivery model until the numbers decreased dramatically to keep our guests and our team safe," Julie Bucker Lane said. She is one of the store's managing partners.

Some of the factors Lane's team took into account were revenue, public perception and the lack of safety precautions taken by the public. She said she doesn't want her store to contribute to any unintentional spreading of the virus.

"It seems as if everyone has coronavirus fatigue and we get it, but we are not out of the woods yet and in fact, we are worse off as a city in regards to cases than we were," Lane said. "We love our team and guests. Their safety is our top priority as is that of our families that we are going home to."

Even though the Texas economy continues to move forward reopening, there are many Dallas businesses still trying to figure out the safest way to get back to "normal."

Bishop Arts District bar Ten Bells Tavern has remained at 50% capacity, even though Texas restaurants and bars can now operate at 75% capacity.

"We're finding the balance of what we can do and what we should do," Dahlke said.

Dahlke said no one on her staff has been forced to come back. Everyone working right now returned voluntarily.

"We have been in constant communication with our staff on what we need to do to keep everyone safe," Dahlke said.

Of the businesses WFAA talked to Wednesday, the majority said they were remaining at 50% capacity, with some saying they were still well below that.

Pogo's Wine and Spirits is another Dallas liquor store struggling to figure out what to do next.

This store was at one point only doing curbside pickup during the pandemic. They eventually moved to allowing five people inside the store and currently seven people.

However, store owner Harris Polakoff said his team has been discussing going back to a more restrictive policy inside because of the rise in cases.

"Everyone is afraid of the unknown," Polakoff said. "To go back would definitely be a very hard decision, but we might have to. I'd rather do that than have to close if someone gets COVID-19 in here."

Dallas restaurant Oddfellows has continued to take the temperature of their staff when they arrive and provide free COVID-19 testing as well.

As of Monday, the business now has a mandatory mask policy for their entire staff.

Gov. Greg Abbott's most recent order includes groups continuing to maintain at least 6 feet of distance from other groups at all times and tables being spaced out at least 6 feet apart. 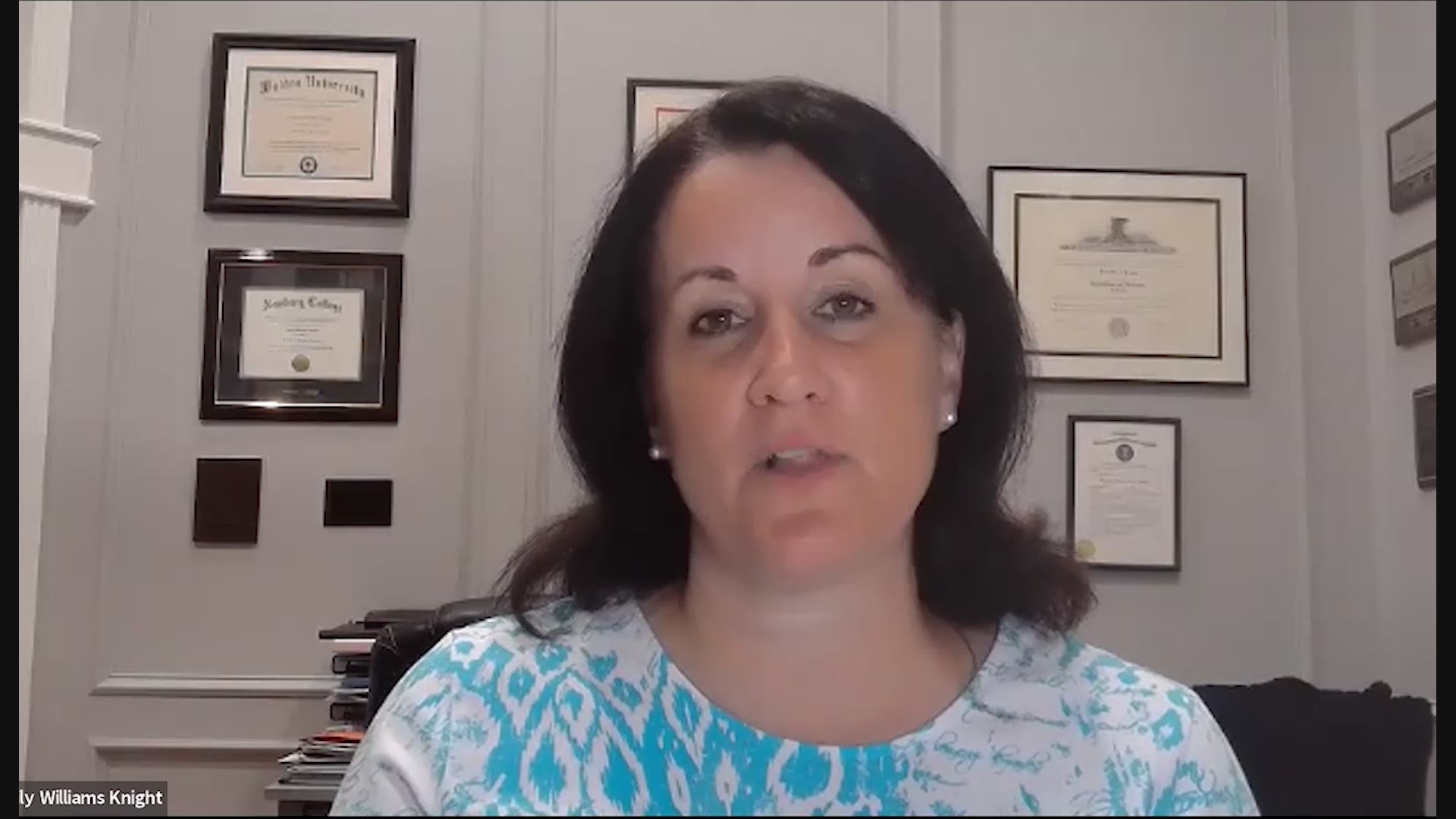