This week people across the country wore purple and posted to social media in honor of Abbie Cooley. 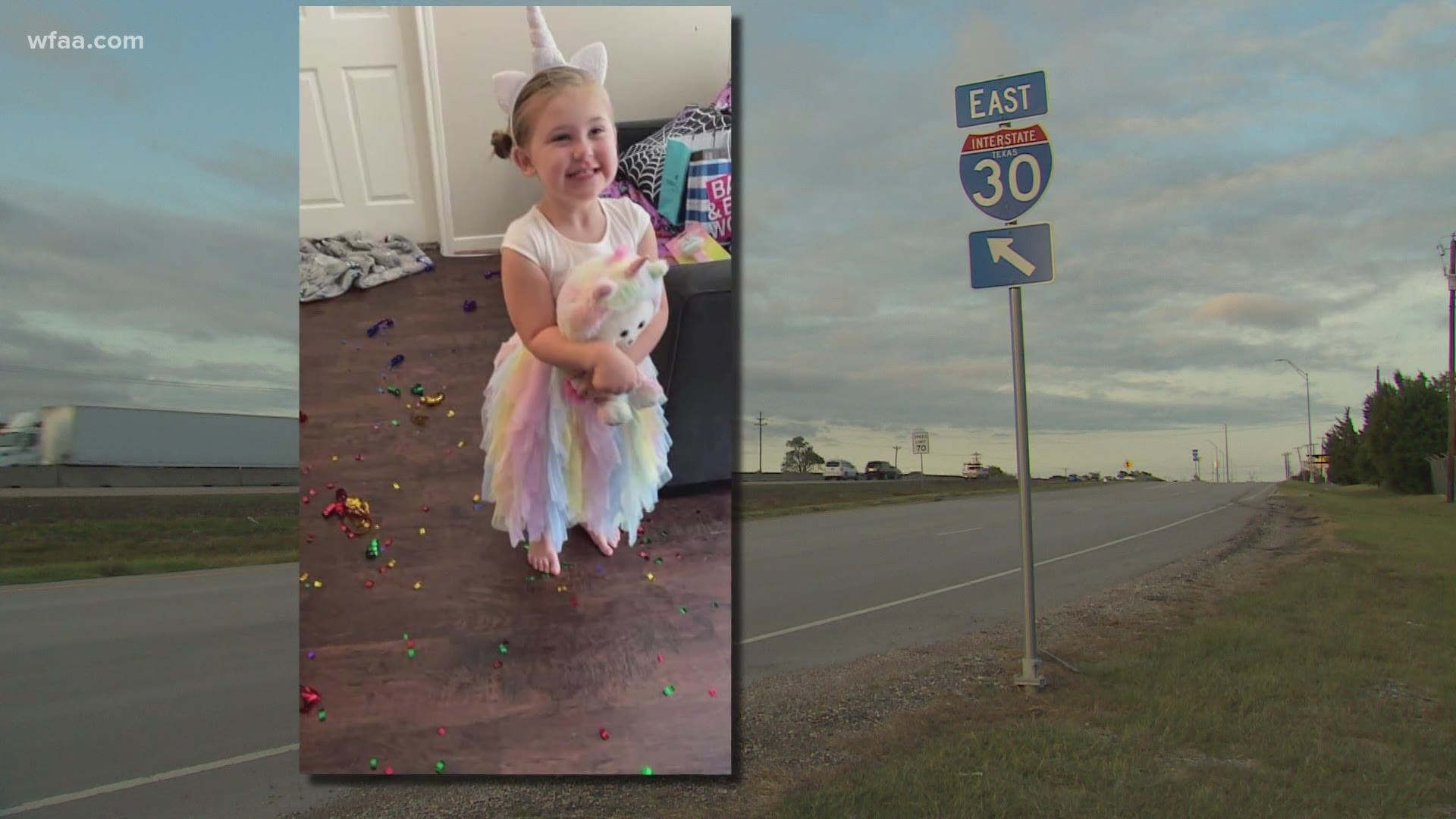 Jason Cooley was returning home to North Texas from Arkansas with his daughter Abbie riding in a car seat in the back seat. It was midday and they had just approached a construction zone, according to Cooley, when an F-150 truck slammed into them from behind.

"It was just a deafening bang and everything flying forward," said Cooley.

Cooley told WFAA that he still feels numb to everything that happened. His last interaction with his daughter was while they were in the car together. Abbie was playing with a new fun app on Cooley's phone that he had just installed. Then, Cooley remembers hearing screeching brakes and feeling the massive impact.

"Nothing feels right and nothing will ever feel right again," Cooley said. "I've cried more in the past week than I have in my life."

Cooley is known in the local area as a storm chaser. The storm chasing community is tight-knit and has seen its share of tragedies, and is a community that knows how to respond.

Storm chasers placed their GPS coordinates on a map, stretching three states and making the letters "AC" in honor of Abbie Cooley.

"It was really sad in a good way, just really remarkable and touching," said Jason Cooley.

Cooley is on a mission to raise awareness about distracted driving. It is one reason the hashtag #PutItDownforAbbie has taken off on social media.

The Texas Department of Transportation told WFAA last year 17% of all crashes in the state were from distracted driving.

DPS is still looking into what happened. At this time, it's unknown if distracted driving played a role in this crash.

Abbie Cooley was described as bubbly and friendly. Her favorite color was purple. It is the reason many people on social media posted photos of themselves wearing purple honoring the 4-year-old.

"I hope no one ever has to endure this. It's absolutely the worst feeling ever," said Jason Cooley.

A funding page has been created by the family to help with funeral and other costs.