To date, Texas distilleries have pumped out thousands of gallons of sanitizer just for first responders in D-FW. 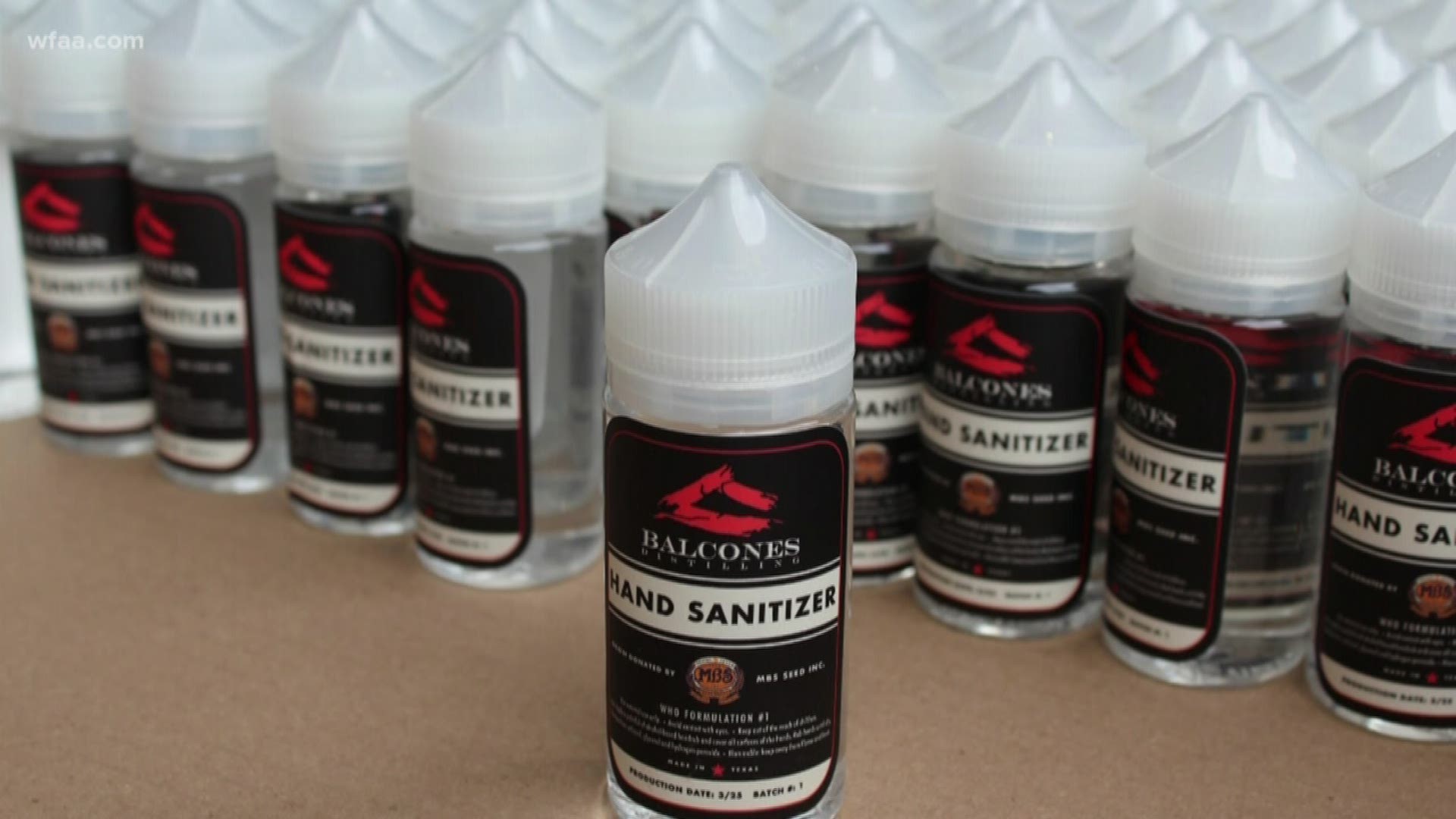 Balcones Distilling has won many awards for its Texas-made whiskeys over the years, but now the Waco and Dallas-based spirit maker is pivoting some of its production to help first responders in the Lone Star State.

Jonathan Rogers, who works for Balcones out of its Dallas offices, says the team started acquiring specialty supplies as soon as they realized their state-of-the-art distilling facilities could double as hand sanitizer production sites.

"Really the biggest challenge was finding and sourcing the supplies. But we got that done quickly and then we got right to work," Rogers said.

Balcones started its sanitizer production in March and they're not alone.

Southwest Spirits, a vodka distiller in Dallas, is also using its facilities to make and donate the hard to find product to first responders, working with local leaders to distribute the sanitizer to those in need.

To date, Texas distilleries have pumped out thousands of gallons of sanitizer just for first responders in D-FW.

"We are in the unique position to step up and help when many people can't find a thing like sanitizer. It's our honor to donate these supplies to the men and women who are working when so many others are staying home," Rogers said.

Balcones' first round of donations included 200 gallons of sanitizer to the Dallas Police Associate, 100 gallons to the Plano Police Department and they have distributed sanitizer to authorities and first responders in Waco as well.

Even hospitals are turning to these unconventional sources for sanitizer. Texoma Medical Center in Denison started working with Ironroot Republic Distillery to make hundreds of gallons of high-proof alcohol that can be mixed to make hand sanitizer for medical workers.

While the shift from award-winning spirits to life-saving sanitizer isn't what any of these Texas distilleries expected, they all say they're honored to do what they can for the men and women working every day to save lives.