The three-hour protest will begin at noon. 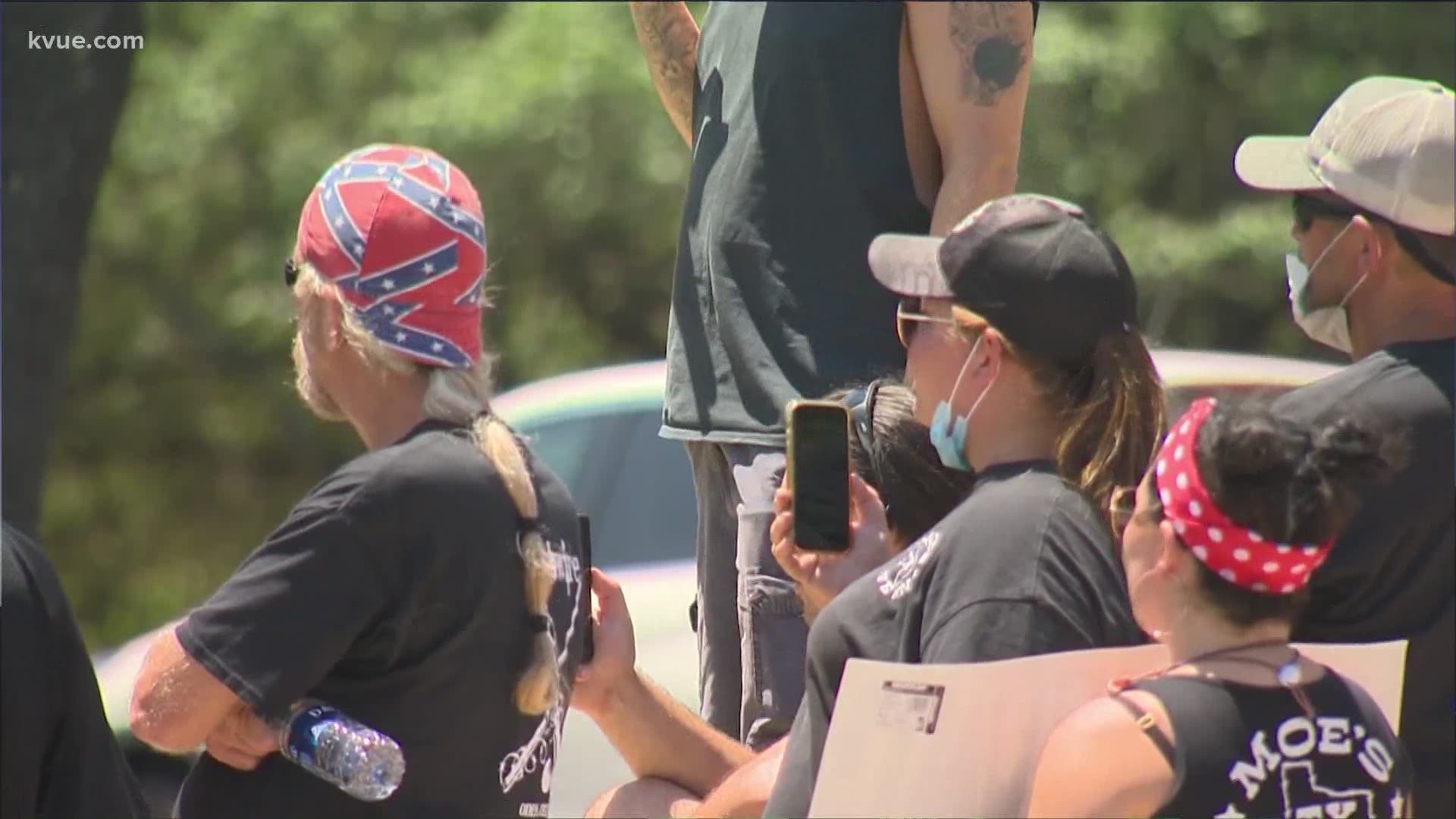 AUSTIN, Texas — Some Texas bar owners and supporters are protesting in Austin once again to push the state to let them reopen. This time, protesters will head to the Texas Alcoholic Beverage Commission's headquarters at noon on Friday, Aug. 14, for a three-hour protest.

Bars were forced to shut down a second time at the end of June due to a rise in COVID-19 cases and hospitalizations across the state. Bar owners then protested outside of Gov. Greg Abbott's mansion on June 30. This all came after Gov. Abbott allowed bars to reopen in May as part of his phased reopening plan for the state.

Bar, restaurant owners calling for governor's definition of bars to be updated

Closing bars to stop coronavirus spread is backed by science

Bar owners have told KVUE in the past it has been difficult to stay closed.

Some owners have also called on Gov. Abbott to change the definition of bars in the executive orders he issued.