Carlynn Beatty, a sophomore at Texas A&M, was walking home early Saturday morning with friends on the Texas A&M campus when she was hit by an SUV. 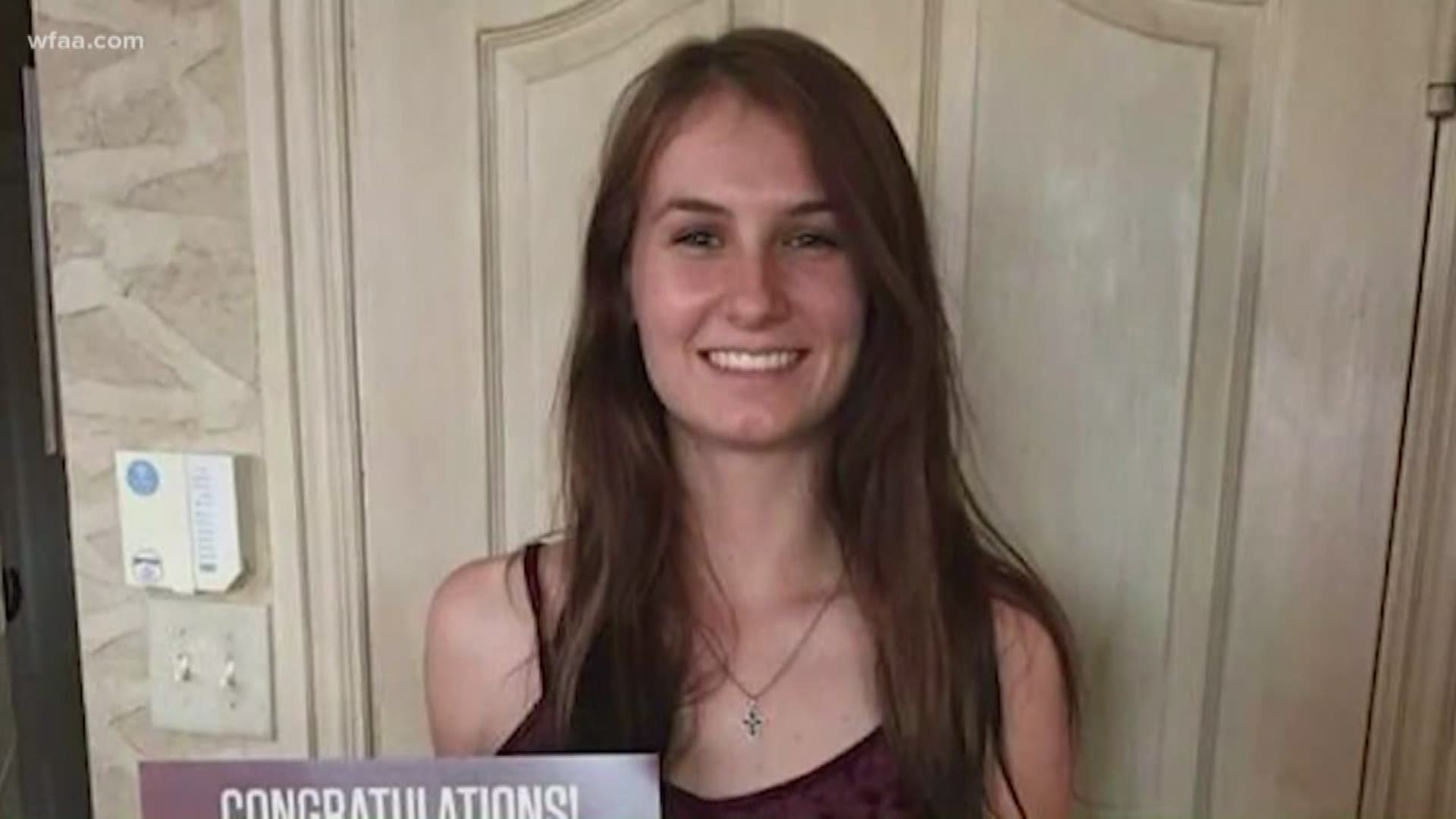 FRISCO, Texas — Family friends of Carlynn Beatty met near the flag pole at Centennial High School in Frisco on Monday night. They prayed for a miracle that Carly would make a full recovery.

Beatty, a sophomore at Texas A&M, was walking home early Saturday morning with friends on the Texas A&M campus when she was hit by an SUV. She has had four surgeries and is in critical condition at a hospital in Houston.

Police told our Bryan/College Station affiliate KAGS that the SUV was driven by 17-year-old Pedro Puga, who hit Beatty and kept driving. Puga was drunk and on drugs, police said.

RELATED: Bryan teen accused of hitting woman with car after drinking and doing cocaine: 'I don't deal with the laws'

The police report states that Puga was drunk and was on Xanax and cocaine at the time of the incident. He is charged with intoxication assault, evading arrest and accident involving serious bodily injury.

Friends of the family told WFAA that they showed up at the high school campus to show their support and say a prayer.

"Just to know there are people behind you supporting you, it's very comforting," said friend Lindsay Nellis.

Tabitha Nathan is Beatty's best friend. She said she's proud to see so many people show up for the prayer circle. She told WFAA that Beatty wants to be a veterinarian.

"Anyone that has met Carly falls in love with Carly. What happened is definitely a family thing. It's not just about her getting through this, it's about her relying on all of us," Nathan said.

A fundraising page has been created on Facebook to help the family with medical expenses.