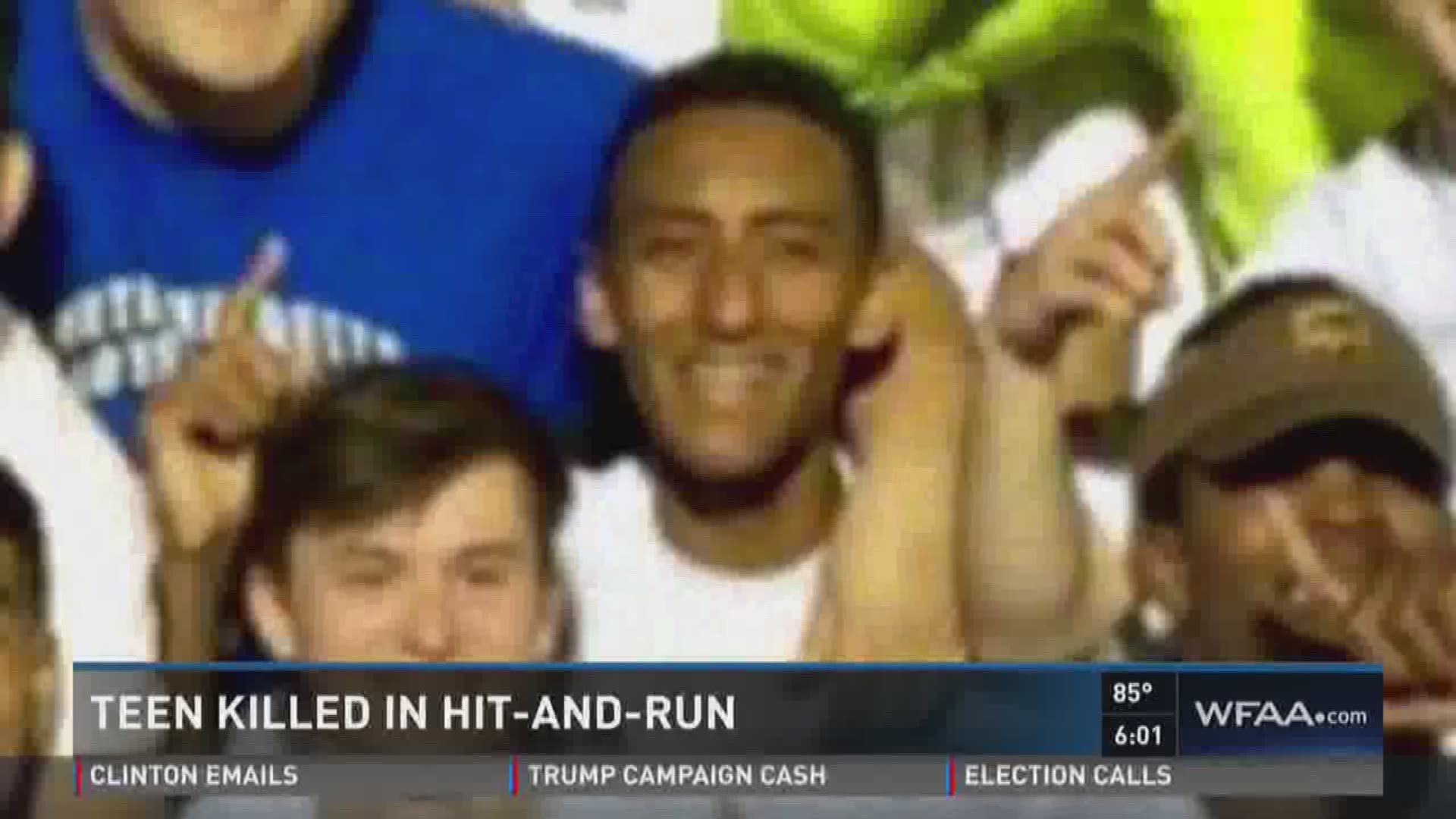 And he was good at it. So good that the North Mesquite High School senior probably would have gotten a college scholarship.

“He always got the job done with a smile on his face,” said head soccer coach Sergio Hernandez. “He was a great kid.”

The 17-year-old's life was cut short just before 10 p.m. Thursday on the U.S. 80 service road at the Collins Road Bridge in Sunnyvale. It appears Joseph had gotten into a minor accident and had run across the freeway for help when he was hit. The late model SUV that hit him did not stop.

Sheriff’s department officials say they don't have a good description of the SUV, or any physical evidence that could help lead them to it. They are asking for the public’s help to identify the hit and run driver.

“The person that did this to him, they need to face forward to what they did because it's terrible,” said Nicholas Mosqueda, a cross country teammate. “He's a high school student and he had a great future. He had colleges talk to him and he had so many friends and loved ones.”

Huerta’s family was too upset to speak, but coaches and classmates wanted to talk about the team who they said always had a smile on his face.

Hernandez coached Joseph since his freshman year. He was the team’s left midfielder. Last year, he was part of the school’s state tournament team.

“He’s going to be missed tremendously,” Hernandez said. “He had a motor. He never stopped running. He never came off the field.”

He last saw Joseph just hours before he died.

“I was informing Joseph that it was his team now,” Hernandez said. “He was the main guy. We were going to feed him the ball and that's what hurts the most just knowing that.”

At midday, students released balloons to remember him. Members of his cross country team gathered at a nearby park to grieve, comfort and eat pizza.

His sister, who is a sophomore, is also on the cross country team.

Joseph competed in a cross country meet last weekend. He was excited about competing Saturday in the regionals competition in Grand Prairie.

“We're going to run with six instead of seven and there's going to be a space left open for Joseph cause that's where he would have been,” said cross country coach David Nanez. “That's what we're doing in honor of him.”

Mosqueda will carry his number.

“We're going to finish the race together as a team,” he said.

And they say that's the way Joseph would have wanted it.