Students placed 2,997 flags on the TCU campus in honor of the victims killed in the 2001 terror attacks. 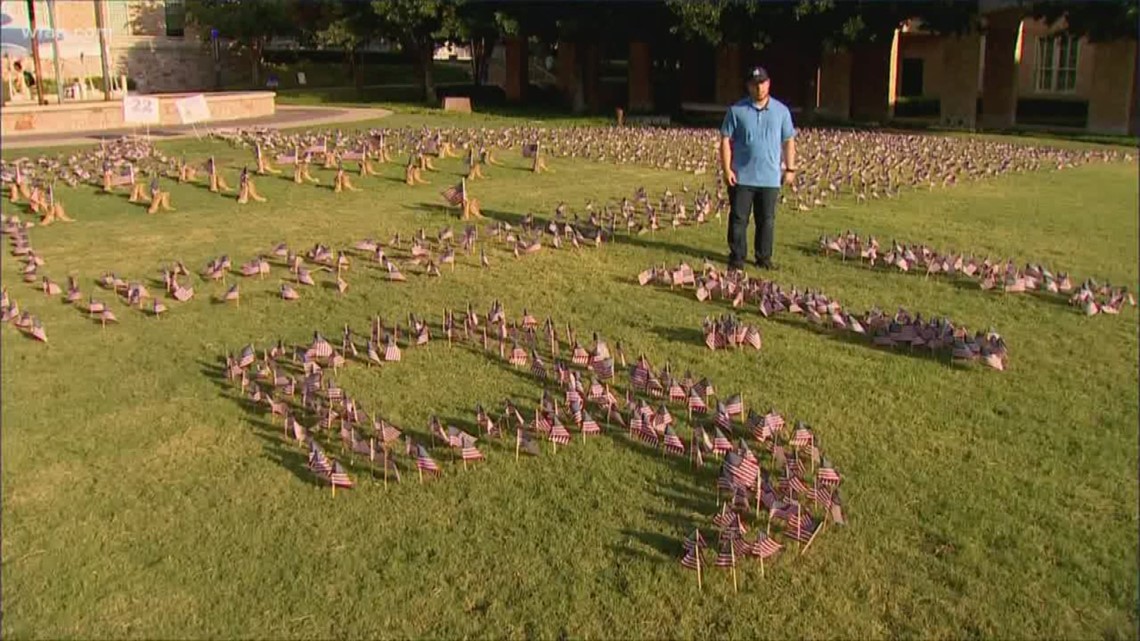 FORT WORTH, Texas — Alex Frank was barely a year old when the greatest terror attack on American soil happened. The TCU student's only understanding of what happened is through a collection of pictures and videos and, most importantly, the stories told by his father.

Frank is part of a university group called Young Americans for Freedom. It is responsible for the 2,997 flags standing on the lawn of the TCU campus. Each flag represents each victim of the terror attack. A group of 10 students put up the flags Tuesday night.

RELATED: 9/11 survivor living in North Texas speaks out for the first time

Students were seen Wednesday taking pictures of the display. Also part of that display were 22 military boots accompanied by American flags, representing the widely-cited statistic of 22 veterans who commit suicide every day.

"I wish there weren't so many, but unfortunately that's how many there are," Frank said.

Alex Haas is a freshman and loves photography. He brought his camera and took a good number of pictures of the flags. He says a picture can also evoke emotion. He felt compelled to come to the site to pay his respects by capturing it through a lens.

"Some of the most famous pictures came from the hardest moments," Haas said. He described the collection of flags as "freedom and prosperity in the face of evil."