Tattoo studios have not yet been allowed to reopen in Texas. Owners say their pre-COVID-19 requirements make them better equipped than businesses that have. 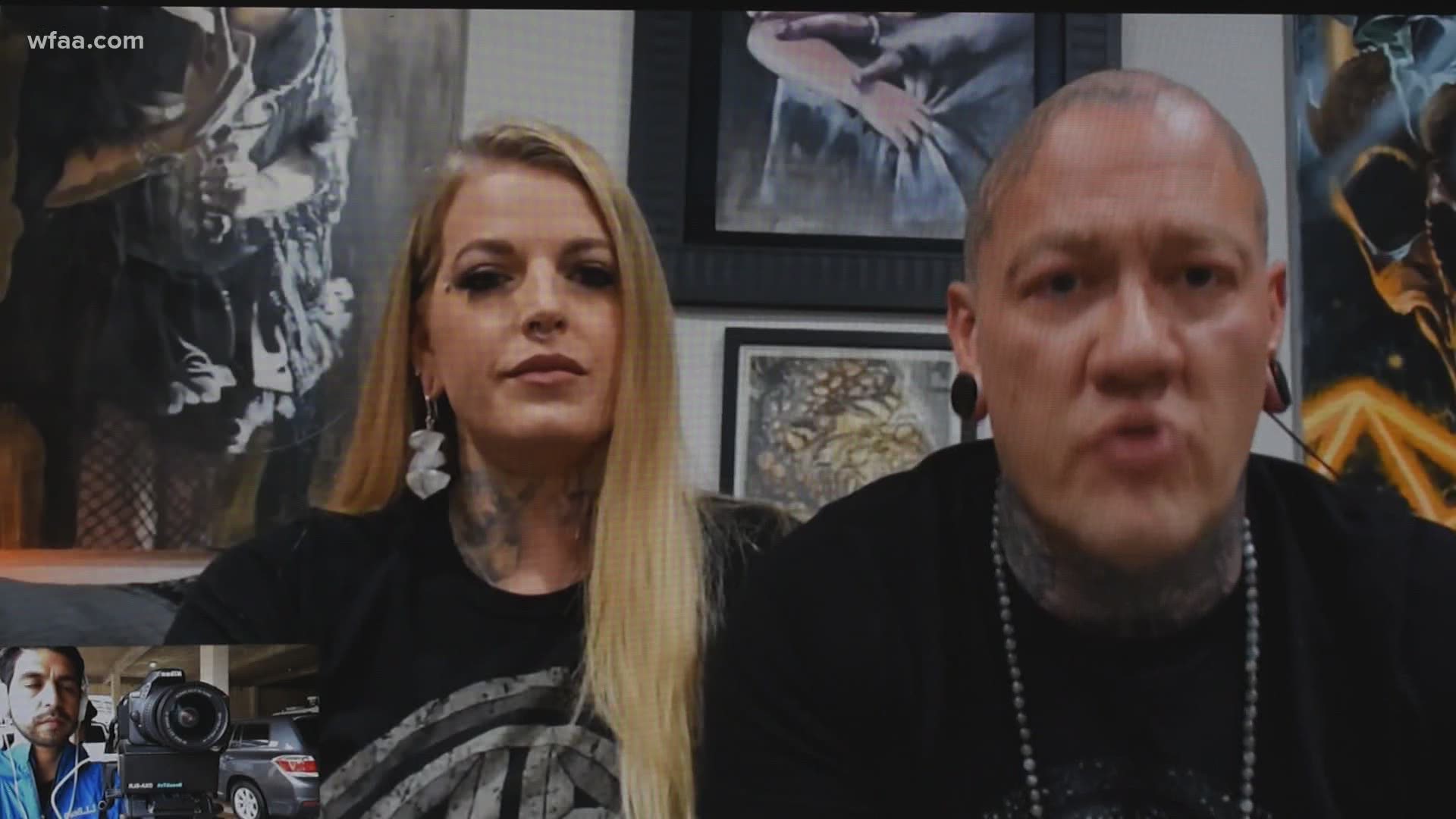 DALLAS — The owner of a popular tattoo studio in Deep Ellum is urging Gov. Greg Abbott to ease restrictions on businesses like his, claiming they’re better prepared to deal with strict COVID-19 health and sterilization requirements than other businesses the state has allowed to reopen.

Artistic Encounter Tattoo in Deep Ellum has been shuttered since March. Since then, hair salons, nail salons and barbershops in the area have welcomed customers back.

“We kind of got singled out a little bit,” said owner BillyJack Gunter.  “We're already very well-equipped and educated in universal precaution and blood-borne pathogens."

Stephanie Gunter, a cosmetic tattoo artist and BillyJack's wife, also said the industry has had strict health and sterilization requirements well before the coronavirus pandemic began.

“We're very sterile," Stephanie Gunter said. "We use disposable equipment. It’s only used once, then disposed of in a biohazard container. I was wearing a mask while doing procedures well before COVID even came around.”

But that hasn’t been enough to convince state leaders to allow tattoo studios to reopen, unlike other businesses like salons and barbershops, which began to reopen May 8. Gyms and office buildings can open their spaces starting Monday.

In a Friday interview with WFAA, Abbott hinted more Texas businesses could soon be added to the list.

“They want to get back to work and that’s what we’re working on right now as we prepare for the announcement on Monday where we seek to talk about maybe opening more job opportunities so that people will be able to get back to work,” Abbott said.

BillyJack Gunter isn’t getting his hopes up yet, because the governor’s order groups tattoo studios with bars, sexually-oriented businesses and arcades the state considers non-essential.

“It’s been a little rough on the tattoo industry to kind of separate itself from the sex industry and the bar industry,” BillyJack Gunter said. “We can’t even fathom a world where art is not essential.”

For now, artists like the Gunters wait to hear what Abbott will announce on Monday.

Click here for the latest information regarding tattoo studios from the Texas Department of Health and Human Services.