Yes, you can feel minus-50 degrees in DFW. You just have to know where to look

With all the frigid temperatures in the Northern part of the country, we went searching for the coldest spots in Fort Worth. 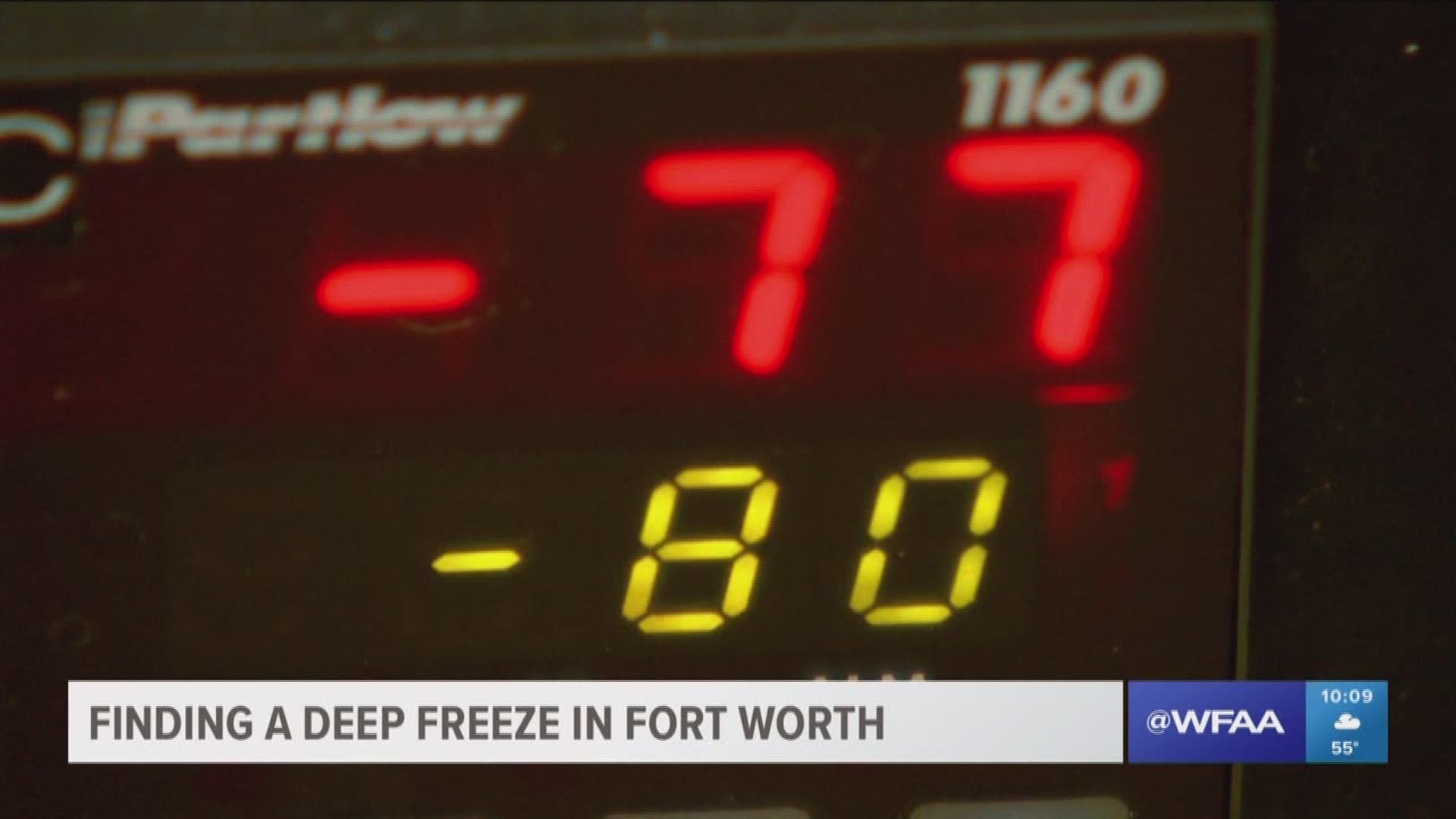 FORT WORTH, Texas — North Texas has mercifully been spared the frigid temperatures that have paralyzed the northern part of the country this week, but there are places in town where you can feel a taste of what extreme cold is like.

WFAA went searching for some of the coldest places in Fort Worth and found temperatures that surprised us.

First stop: Steel City Pops in Fort Worth's West 7th area. It's their largest location in town, with a kitchen that serves all of their shops, and it's equipped, fittingly, with a very large walk-in freezer.

Cody Lawrence of Steel City Pops said they still sell well, even in January, and he and his colleagues have to make frequent trips to the freezer to restock.

Inside, it's much colder than a typical home freezer, with a temperature that holds at about minus-20 degrees Fahrenheit. Employees have coats available if they need them while inside, and they keep their work to short 15-20 minute chunks of time.

Even so, it's nowhere near as cold as the wind chills that the rest of the country has felt this week.

"I can't even imagine it," Lawrence said.  "Because this is definitely the coldest I've ever experienced."

Across town, the biology lab at Texas Wesleyan University can go even colder. Their facility has two ultra-low freezers that are used for research work, holding living specimens at temperatures of minus-80 degrees Celsius, or minus-112 degrees Fahrenheit.

"It slows everything down," said Ricardo Rodriguez, Dean of Natural and Social Sciences at Texas Wesleyan.

Rodriguez braved the temperatures to pull out a package of specimens, a rare bacteria that was discovered in a Mexican tomb by a Texas Wesleyan professor and his students. It has been on ice, carefully preserved for research for years.

Still, it's not the coldest place in town. There's a spot where people willingly brave temperatures that are even colder.

The Cryo Spa has been freezing folks in Fort Worth for years, using liquid nitrogen as a form of therapy.

"You won't get any colder anywhere else," The Cryo Spa's Chelsea Seifert said.

Seifert showed WFAA how it works, pressing a button to release the liquid nitrogen that transforms into a gas in a stand-up chamber. Users' heads are exposed, but the rest of their body is inside with the cold gas coming directly into contact with skin.

Temperatures on the machine go to minus-200 degrees Fahrenheit and even colder.

The Cryo Spa said that the therapy has numerous health benefits, and cryotherapy is often used by elite athletes and regular clients alike.

"You feel great after your session," Seifert said. "There is always good to cold."