'They tried to save the baby': Witness describes wrong-way crash that killed mother, unborn child

A wrong-way driver caused a crash that killed a pregnant Arlington woman, police say, and paramedics were unable to save her unborn baby. 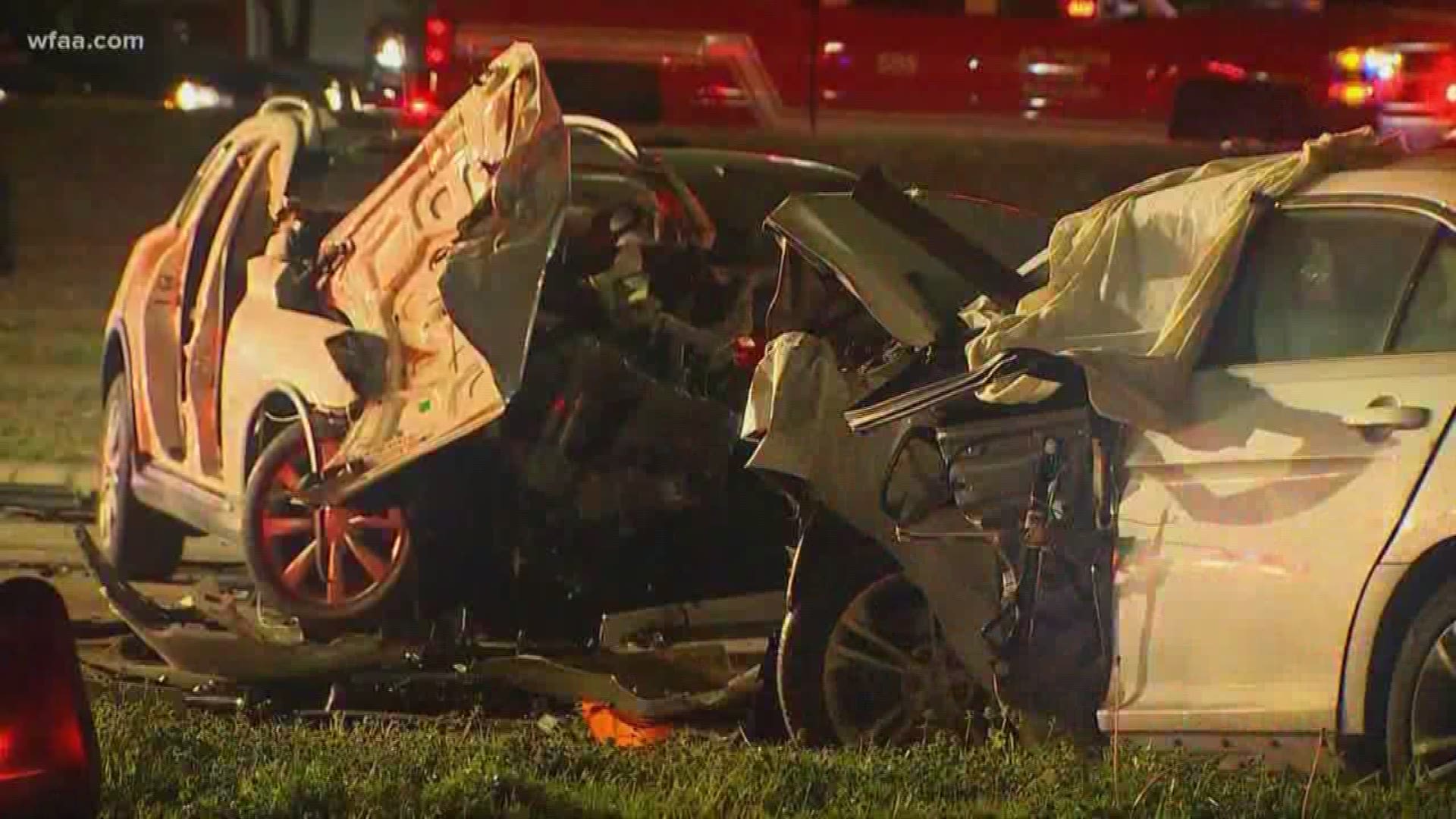 ARLINGTON, Texas — A pregnant woman and her unborn child are dead following a wrong-way crash in Arlington Thursday evening.

Police say 27-year-old Tristan Bustillos was the wrong-way driver. He died at the scene.

Jerry Crownover escaped injury, but was caught up in the chain-reaction crash.

He was on his way home when he saw a car going the wrong way towards him on Matlock Road.

"Oh, man. He was going fast because all I saw was like a flash and I thought 'what?'" Crownover said.

The car slammed into the vehicle in front of Crownover, causing a chain reaction.

"I noticed a car. It almost looked like it was lifted off the ground and it started spinning,” said Crownover.

In total, four cars were hit, including Crownover's.

"Around 7:30 in the evening, it's uncommon that someone would cross over in those lanes. We don't know if there was a distraction involved or impairment,” said Lt. Chris Cook, Arlington Police Department.

A pregnant woman in her 20s was in one of the cars.

"As I got out I saw them pull the pregnant lady out of the cars and lay her on the ground and people walking up to her and checking her pulse and saying we don't have a pulse,” said Crownover.

She died at the scene. Paramedics tried to save her baby but couldn't.

“I don’t know what you call it, but they had like a mask over her face and they said they were giving the baby air and they rushed her out of there,” Crownover said.

The woman's mother was also in the car and was taken to the hospital.

Crownover says he mourns for the mother to be who died. He says last night makes him realize how precious life is.

"It teaches you how to put God first. And I hate to get religious on you but you never know," he said.

Police hope the medical examiner's report and toxicology will give them insight into how this tragedy happened.