What do kids do when left alone with a gun? Cook Children's experiment finds out

Real handguns that are unloaded and can't fire are hidden in a playroom, and cameras roll on children and their parents watching from another room. 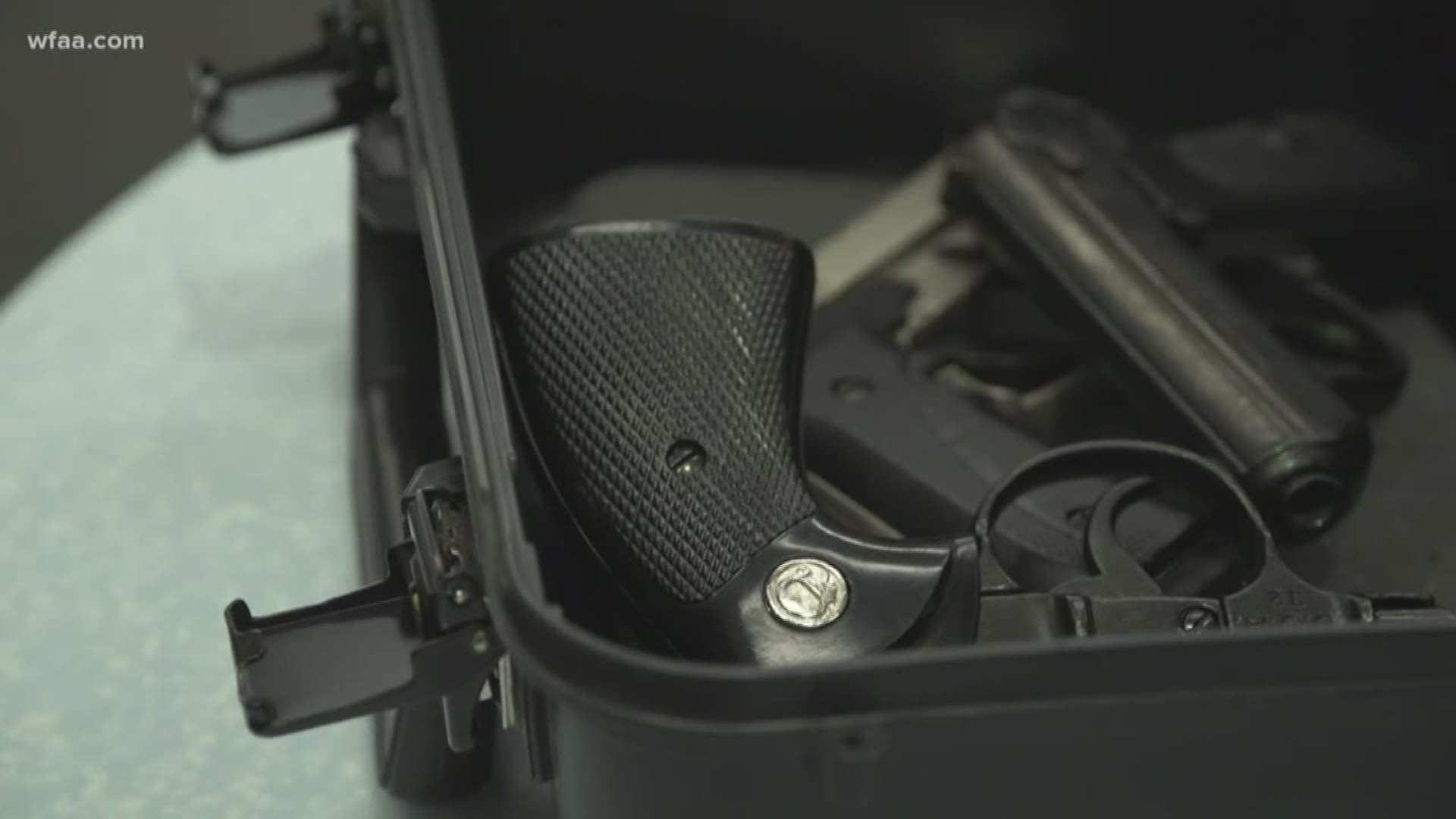 Fort Worth — A new program at Cook Children's Hospital is showing families what can happen when their children are left alone with a gun.

The 'Aim for Safety' program has invited seven families to participate in a test. Real handguns that are unloaded and can't fire are hidden in a playroom, and cameras roll on children and their parents watching from another room.

"I wanted to grab the parent's attention to see that it could happen to them," said Dr. Daniel Guzman, an ER physician at Cook Children's.

Dr. Guzman said that last year, 37 children entered his emergency room due to accidental gun shots. 35 of those kids survived with injuries and two died. He said numbers of injuries have increased in recent years, and he decided to do something about it.

"I want people to open their hearts and minds to the fact that this is something that's real," Dr. Guzman said. "What I want to emphasize is about the child's safety."

Dr. Chad Hamner and his wife Jana Wunderlich agreed to participate in the experiment with their three young boys, Jackson, 10, Wyatt, 7, and Owen, 4. Dr. Hamner is the head of trauma at Cook Children's and often finds gunshot victims on his operating table.

"Several of the kids that I've seen who've been shot are three, four, two," Dr. Hamner said. "It's not a 16-year-old showing his buddies a gun, it's young kids."

Dr. Hamner and Wunderlich said they keep guns in a locked safe in their home, and they have taught their boys about gun safety. But they were shocked what happened when they went through the experiment.

"I didn't think they would touch anything," Wunderlich said.

In the room, though, cameras captured every moment. Just seconds after the brothers were left alone, Jackson found a handgun. With adults still nearby, he didn't say anything to them. Instead, he picked the weapon up and pointed it at himself. He turned it towards his brother while he examined the weapon, sticking his finger down the barrel.

"I was shocked, I was kind of scared. I just wanted him to put it down," said Wunderlich.

"Man, he just looked down the barrel of the gun," said Dr. Hamner. "We have totally said not to do that."

Dr. Guzman said that looking down the barrel is typical behavior for kids in the experiment.

"That's the first thing they do. That's an instinct they have," he said.

That is why the 'Aim for Safety' program encourages parents to do more than just talk to their kids. They ask adults to lock their weapons up securely, using multiple barriers to prevent a child from finding a dangerous weapon.

Dr. Guzman and his team will be at Mayfest in Fort Worth this week, talking to parents and distributing gun locks. They'll also use video from the experiment to show parents what can happen if they don't secure weapons. Dr. Guzman himself is a father and gun owner, and he insists that this is not a political effort but is simply focused on the safety of children. According to Cook Children's, 200,000 kids in Texas live in a home with a loaded, unlocked firearm.

"One third of homes in Texas have a loaded firearm that's not stored properly," so that's a lot of kids at risk," Dr. Guzman said.

Dr. Hamner and Wunderlich are again teaching their sons about gun safety, but they're also asking questions when their kids go over to play at other homes.

"Having these discussions with your friends, 'Hey, Jackson, Wyatt and Owen are over at your house. Do you have guns? Are they in a safe place?'" said Dr. Hamner.

Eventually, Cook Children's wants to open the 'Aim for Safety' experiment to the public, and the video is already starting a conversation and bringing a real problem home.