TEXRail to begin service Thursday after delay due to government shutdown 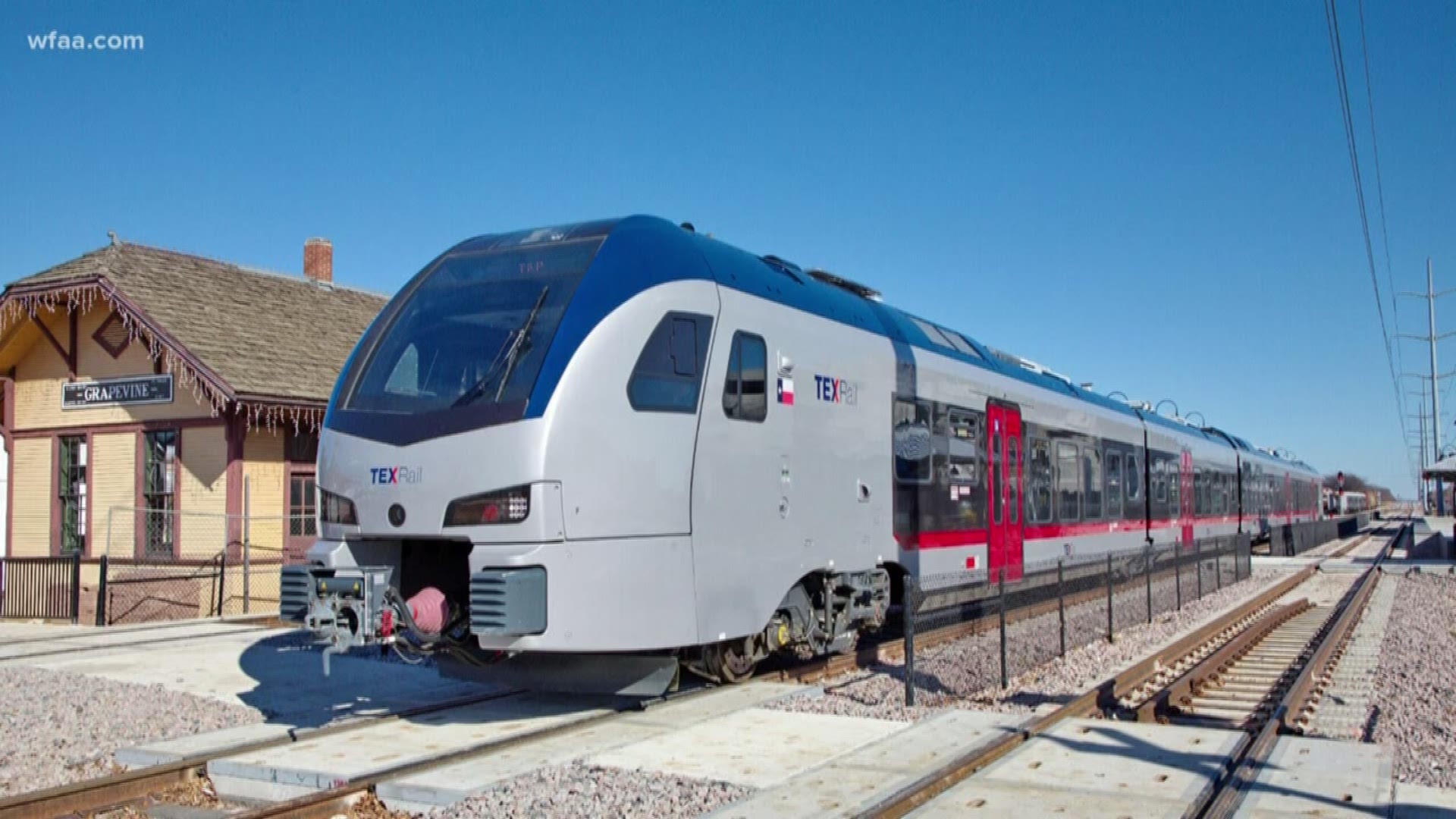 TEXRail, the new, 27-mile commuter train service that will connect downtown Fort Worth and DFW Airport, will begin passenger service Jan. 10 after a delay caused by the government shutdown.

TEXRail was supposed to open Jan. 5, but the FRA hadn't given full clearance because the paperwork was delayed due to the federal shutdown – which was two weeks old at the time.

The agency had needed approval to carry passengers on a new rail intersection built under Spur 280, according to the Star-Telegram.

Trinity Metro's Monday announcement of an official start date came with the news that it was addressing a signal issue encountered three days prior. The company traced the issue back to a hardware installation and said it was "testing each piece of hardware to make sure that all components are working properly before [it begins] passenger service."

TEXRail will extend from downtown Fort Worth, across northeast Tarrant County, through North Richland Hills, Grapevine, and into DFW International Airport’s Terminal B, with a total of nine stops along the way.

The train made a ceremonial inaugural trek on New Year's Eve.