"We don’t expect anything from you, other than hopefully, you leave happy," the owner says. 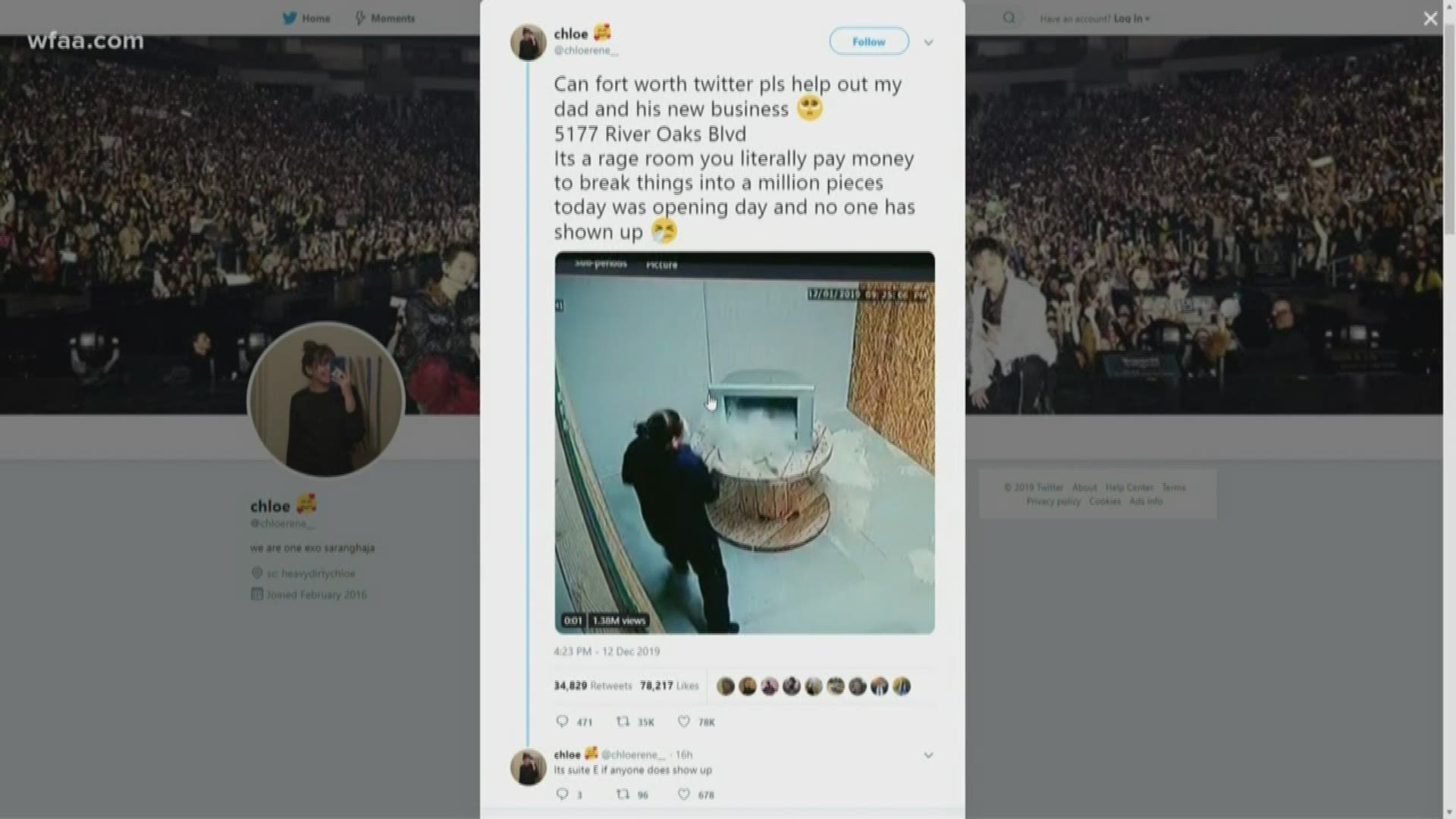 FORT WORTH, Texas — Getting a big break in business is rarely easy, especially if you're a first-time entrepreneur.

So count Richard Devaney fortunate as he walked into the grand opening for his business on Friday.

"I wanted to do something that made people smile," Richard said.

Smash N Bash is the latest addition to the “rage room” model, which allows you to pay to break stuff.

“Relieve their stress, have a good time, that’s what we’re really after," Richard said.

And he’s really after customers too.

"I’ve seen a lot on twitter where people put out ‘hey can you help my parents small business’, so I thought, okay maybe I will try it," she said.

His daughter Chloe, home from college for the holidays, put out the call Thursday, tweeting:

With a video of her mom smashing a television, her tweet has picked up nearly 2 million views and more than 100,000 likes in less than 24 hours.

Smash N' Bash says their appointments Friday and this weekend have filled up quickly,

The rage room concept has spread in recent years to a number of cities across the country, but despite their popularity, still remains a challenge to find in North Texas.

The Breakroom allows customers to smash items in Denton. The Anger Room in Deep Ellum closed in October 2018 after its owner passed away.

Richard said the next closest location for a similar experience is in Austin.

“Fort Worth has almost a million people now and there’s nothing, so why not," Devaney said. "We don’t expect anything from you, other than hopefully you leave happy,” he said.

And with a social media moment millions have seen, Smash N’ Bash hopes its concept will be a smash too.