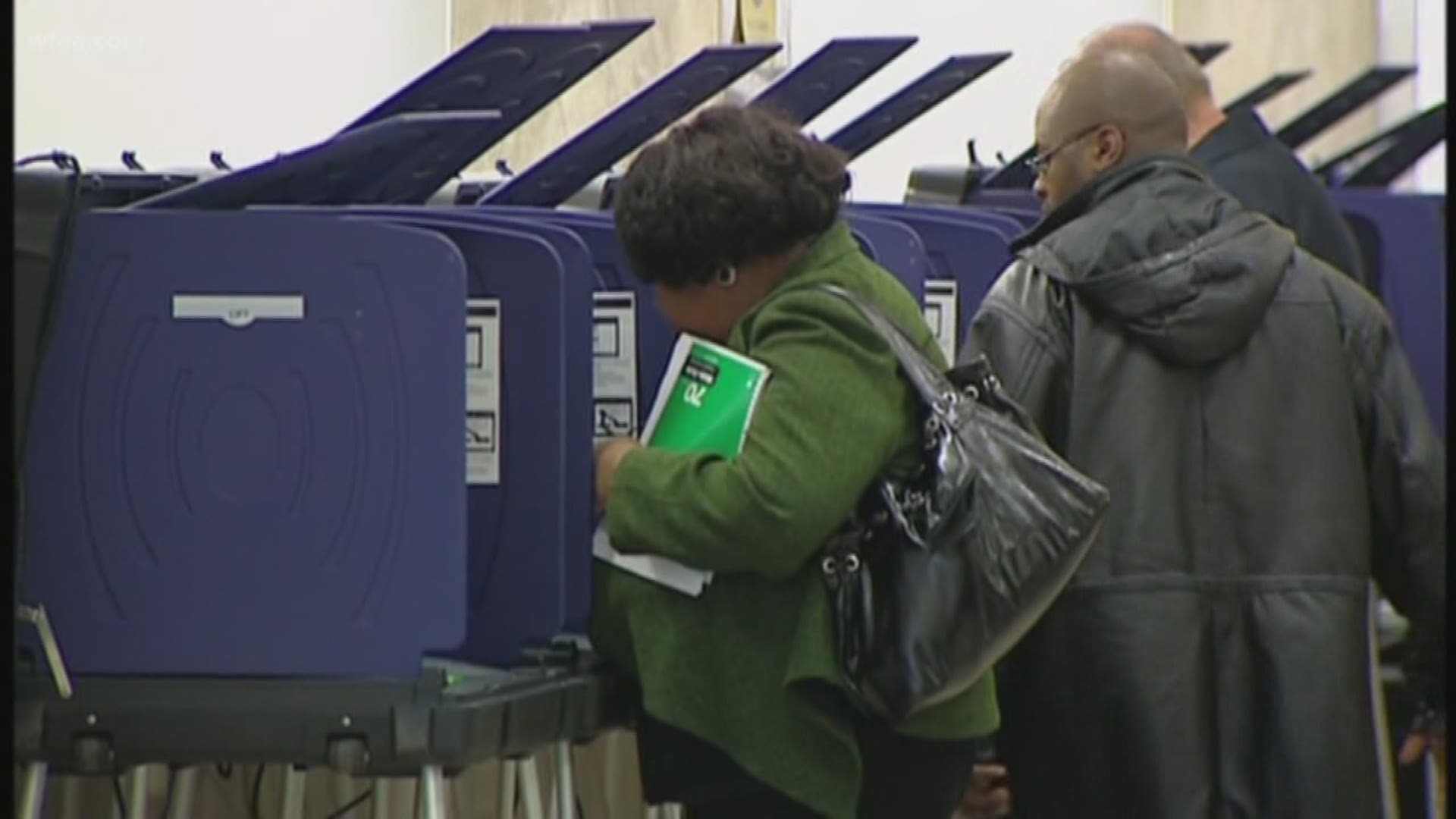 FORT WORTH, Texas — Perhaps a purple-clad campus is the precise backdrop for a county, politically speaking, that is now so evenly mixed red and blue.

And it's why voting for TCU students like Desmond Bane is so important.

“If there is the opportunity to vote on campus, I think more students will,” Bane said.

TCU and other universities in Tarrant County, took advantage of so-called “pop up” early voting in 2018, which allowed a polling place to be open for just a few of the 12-day early-voting period.

That option is now gone.

State lawmakers in Austin, along a party-line vote in May, now require early voting polling locations to be open all 12 days of early voting, or not at all.

RELATED: Inside Texas Politics: Looking ahead to the 2020 presidential election

Tarrant County Elections Administrator Heider Garcia told WFAA in a statement on Monday the campus locations are not typically used in off-year elections, like the one coming up in November.

“The changes in the legislation regarding Early Voting locations will be discussed in Commissioners Court next year, during the planning phase of the November 2020 General Election,” Garcia said.

Election officials in Collin County said Monday it used the part-time early voting locations in rural areas like Farmersville, Anna and Parker, but expects to make all those locations open each day of early voting in 2020 to comply with the change in state law.

RELATED: Fort Worth man applauded for applauding every TCU graduate