Authorities say Shawna Renae Bieber was recorded on camera trying to suffocate her 7-month-old baby in a hospital room. 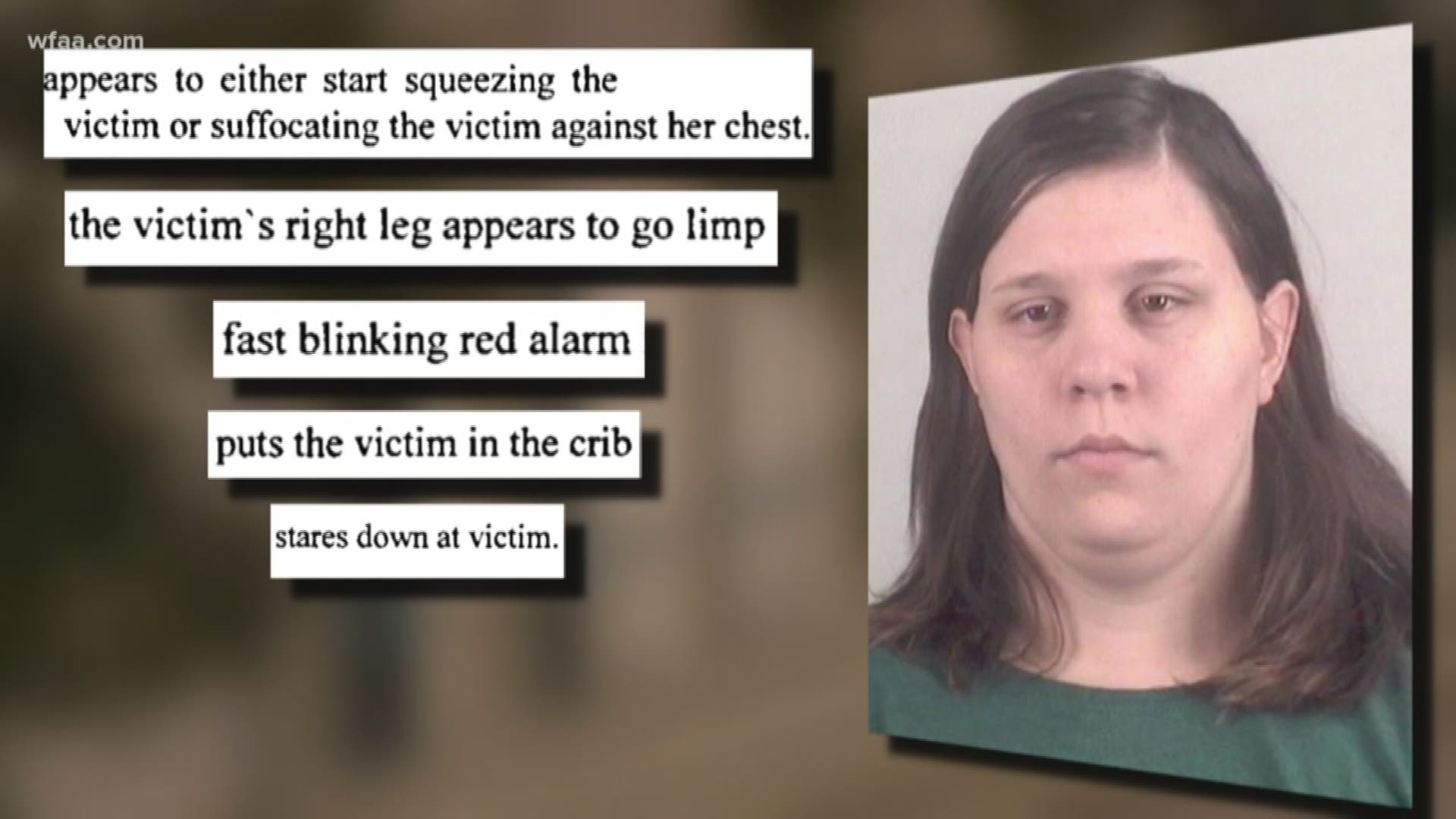 FORT WORTH, Texas — A young mother is facing a felony charge in Tarrant County after allegedly suffocating her 7-month-old daughter in a Cook Children's Hospital room.

Shawna Renae Bieber, 22, is charged with injury to a child and is currently in Tarrant County Jail.

According to an arrest warrant affidavit, Bieber claimed that her daughter had been having breathing issues and was "turning blue." She brought her to Cook Children's Hospital in February, but "nurses observed no problem" with the baby.

According to the affidavit, after Bieber had been alone in a room with the child, she came to alert nurses that her daughter was having an episode. A nurse recalled to a detective that Bieber "repeatedly said with a note of excitability 'I told you. This is exactly what happens at home. I told you guys.'"

Cook Children's staff suspected that Bieber was responsible for the episode, so they moved her and her daughter to a room with a covert video system, the affidavit explains. There, authorities say, a hidden camera recorded Bieber strangling her daughter before rushing to find nurses.

A description of the video in the affidavit says Bieber "appears either start squeezing the victim or suffocating the victim against her chest." With oxygen monitor alarms going off, she then "puts the victim in the crib" and "stands over the victim and stares down" for several seconds before leaving to get a nurse.

Bieber lost another child in 2016, and according to the affidavit, she told another person that that child "came back as a demon and was trying to take the victim away from" her.

Dr. Linda Metcalf with the graduate counseling program at Texas Wesleyan University said that these kinds of cases are surprisingly not rare but are often undiagnosed. She said Munchausen by Proxy is a mental disorder, where caregivers injure or make ill the person they are supposed to protect, often a child or elderly individual.

"They're looking for another way to get attention to fill up their lives with something important," Metcalf said. "Often they're people that feel like their lives are out of their control."

According to the affidavit, when the baby was finally removed from Bieber, she was kept at Cook Children's Hospital for several days of observation.

Nurses found her to be healthy, happy and perfectly normal, and the child is now in the foster care system where she has been on an oxygen monitor and has not had any breathing problems.