Pilots from across the pond paint the Fort Worth sky red, white and blue

Dozens of people called in sick or took a long lunch to catch a rare glimpse of the Red Arrows of the UK's Royal Air Force. 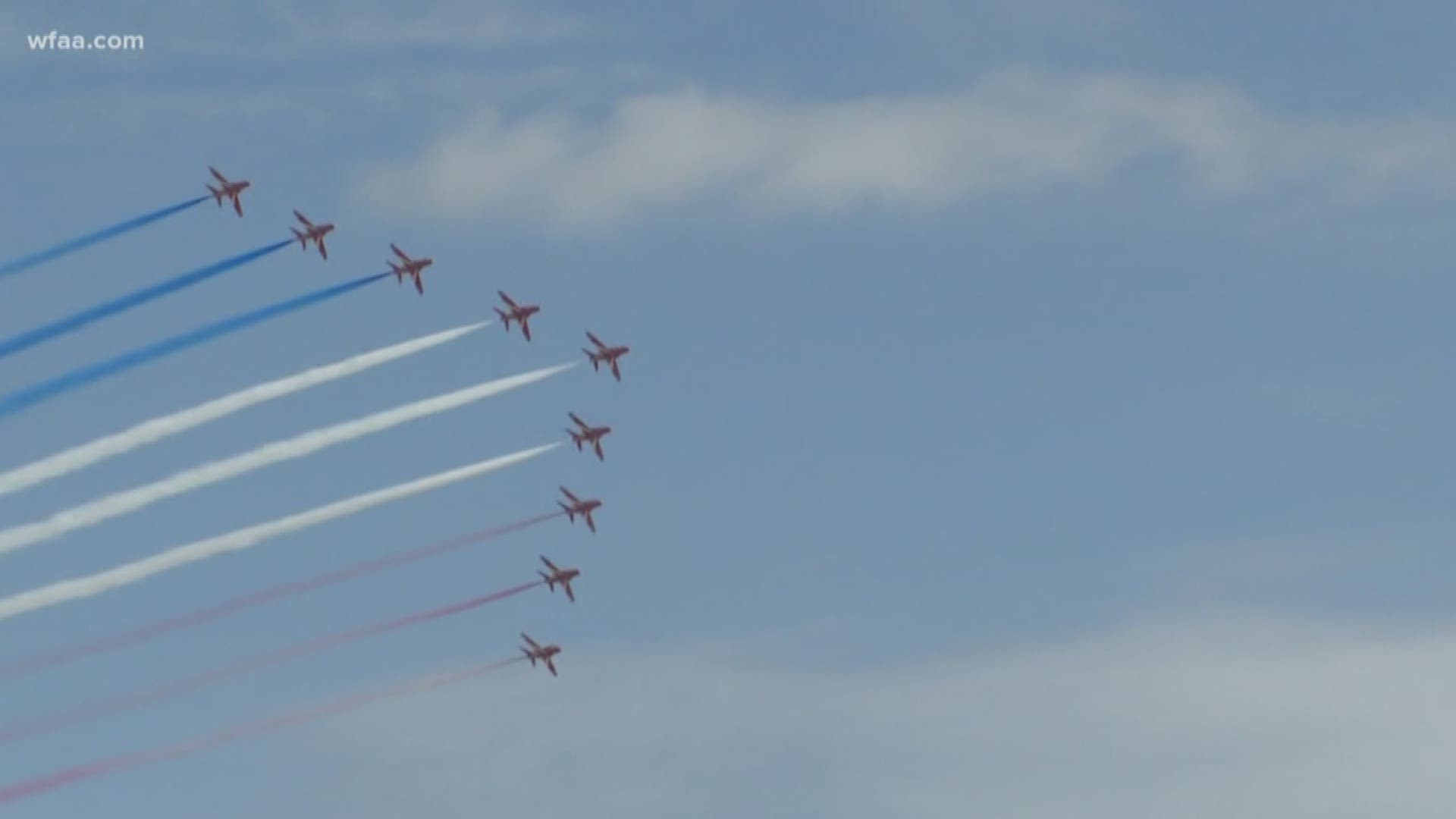 FORT WORTH, Texas — Dozens of Texans called in sick or took a long lunch Thursday to see the Red Arrows of the UK’s Royal Air Force paint the sky red, white and blue.

“It’s exciting,” said Sasha Webster, who drove over an hour to see the planes fly over Lockheed Martin. “I think it shows that everybody appreciates pilots and the armed forces.”

Squadron leader Martin Pert and his team of pilots are touring North America.

Thursday’s stop in Fort Worth was special, according to Tony Wilson, chief of fighter flight ops at Lockheed Martin.

The Royal Air Force’s newest plane, the F-35B is made at Lockheed Martin.

“The F-35 is the most technologically advanced fighter on the face of the planet,” Wilson said. “It’s the most lethal, the most survivable, the most connected aircraft to have ever flown.”

The Red Arrows pilots got a first hand look at Texas manufacturing inside Lockheed Martin and Texas hospitality outside.

“To see the support the people of Texas give their military is really heartwarming for us,” Pert said.