Rock camp for women? Hitting the stage in Fort Worth

What started as a summer program for girls ages, 8 to 17, is now expanding its focus to include adult women. 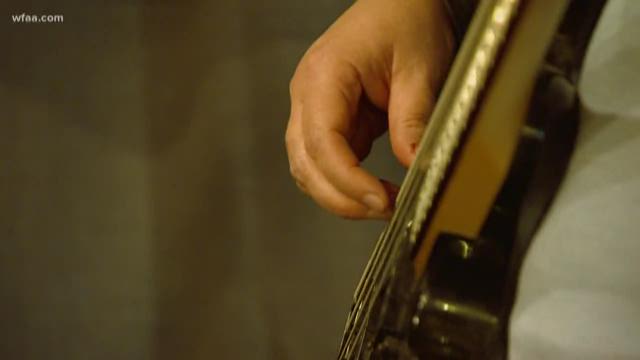 FORT WORTH, Texas -- Being in a band is about more than picking up a mic or strumming a guitar, it is about having the bravery to use your voice. That is why women gathered in a Fort Worth studio Friday night to play out a dream.

"You've had a secret desire to be in the Go-Go's? Well, you can get up there and do it too!" said Kelli Thomerson.

Thomerson is one of several participants in a special edition of Girls Rock Fort Worth. What started as a summer program for girls ages, 8 to 17, is now expanding its focus to include adult women.

"They're all learning a new instrument. They're forming a band, and they're writing a song within these three days," said Sarah Reagan, founder and executive director of Girls Rock Fort Worth. "They're going to be performing that on Sunday at our showcase."

Girls Rock has chapters across the country. It's dedicated to empowering girls with the power of music. "We want them to learn that they have a voice and to express themselves," said Reagan.

Reagan founded the Fort Worth group three years ago, and she said time and again, adults told her they wished the camp had been around when they were children.

"So why don't we just offer it, and you can do it now?" she recalled thinking. "Have that whole rock camp experience."

The Pantherette Rock Retreat is similar to the program offered to girls, with a few grown-up differences. Wine is served, for instance. The challenge is essentially the same.

"Putting yourself in that place of trying something new, maybe that you always secretly wanted to do," said Reagan. "And also getting up on stage in front of people is just a huge challenge."

Proceeds from the adult camp will go to fund the summer program, which is staffed by volunteer instructors. The Pantherettes will perform their original works Sunday at 7 p.m. at Main at South Side in Fort Worth. The concert is open to the public, with a suggested $5 donation.