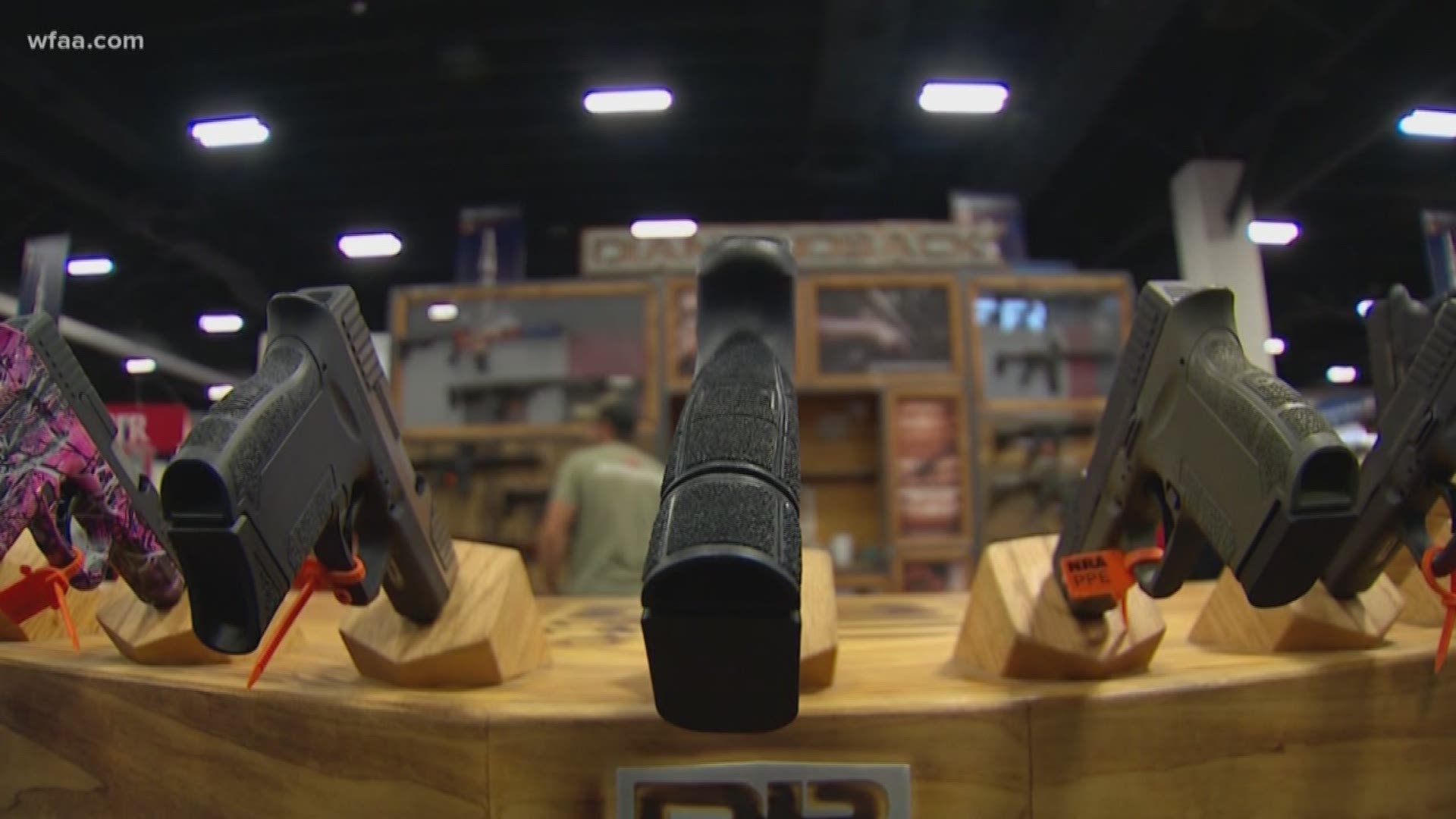 FORT WORTH, Texas — The NRA and Texas Republicans are often in lockstep on gun policy, but Friday the ground shifted as one of the state's most conservative leaders broke ranks on background checks.

"I'm a solid NRA guy, but not expanding the background check to eliminate stranger-to-stranger sale makes no sense to me and ... most folks," Lt. Gov Patrick said, according to the newspaper.

The NRA quickly responded to the news, issuing a statement through their social media channels. And Friday in Fort Worth, where the organization is hosting their annual Personal Protection Expo, a spokesperson said would not say whether Patrick will receive their endorsement again.

"I think we'll be taking a hard look at that," said spokesperson Amy Hunter.

Patrick's office did not respond to a request from WFAA Friday afternoon, but Republican consultant Mark Mackowiak said that it is a message aimed straight at the NRA.

"I think the lieutenant governor is basically sending a signal that you don't have a veto here," Mackowiak said. "The governor and lieutenant governor being aligned on a major issue like this means the train is leaving the station and other legislators can either get on board or get run over."

Texas leaders have been grappling with the public reaction to high-profile mass shooting incidents in the state.

Thursday, Gov. Greg Abbott issued several executive orders intended to prevent future incidents. Republicans have convened task forces to deal with the issue, while some Democrats are calling for a special legislative session.

The Fort Worth convention has drawn thousands of NRA members to see new products and to attend seminars on guns and personal protection. And Friday, some attendees said they do not agree with Patrick's stance on the issue.

"It offends me to see him cave just for the media. It really does," said Keith Adkins, a gun owner and NRA member from East Texas. "I believe any gun legislation, that's against the Second Amendment."