The woman was pepper-sprayed, detained after an incident that started over hot dogs. 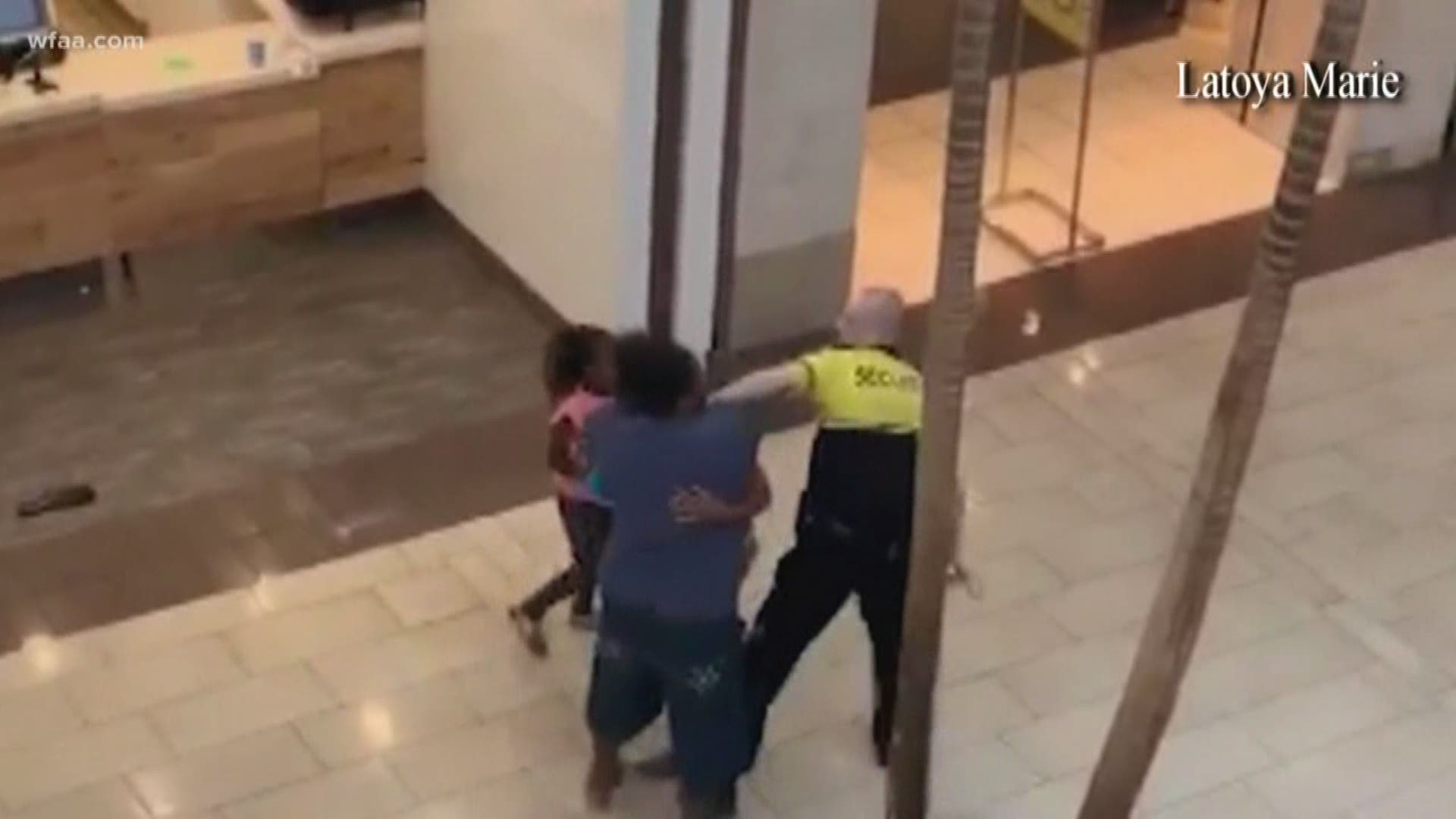 FORT WORTH, Texas — A security guard who worked at Hulen Mall in Fort Worth has lost his job following an incident last week involving a female customer.

Video recorded of the incident at the Auntie Anne's shop in the mall shows a security guard in a struggle with a visibly pregnant woman. When he attempts to handcuff her, she begins striking back. She struggles as a male companion attempts to intervene. A young child with her begins to cry as she watches.

The incident happened last Friday, according to Fort Worth Police. The department was called to the scene following the fight. According to information from police, the woman was upset that her hot dogs were burned. Auntie Anne's employees said that she had thrown them in the store.

The actions of the guard are being questioned by many online who have watched the video. He told police that he pepper-sprayed the woman after she began punching him.

The woman was not injured and declined medical treatment at the scene, but she told police she was upset that the guard didn't try to "diffuse the situation" and instead came after her.

Hulen Mall directed WFAA to their security company Allied Universal. In a statement, they said the guard was terminated following the incident.

He "did not use correct protocol in dealing with one of Auntie Ann's customers."

Police said no charges were filed against the guard or the woman.

RELATED: 'I ain’t sorry': Suspect in mall fight admits to stomping victim, says it was self-defense

RELATED: 2 arrested in beating of teen at Stonebriar mall in Frisco, police say