Hours after Joe Biden announces for president, Bernie Sanders stumps in Fort Worth

He didn't mention his competitors during his stump speech, but did address Biden afterwards 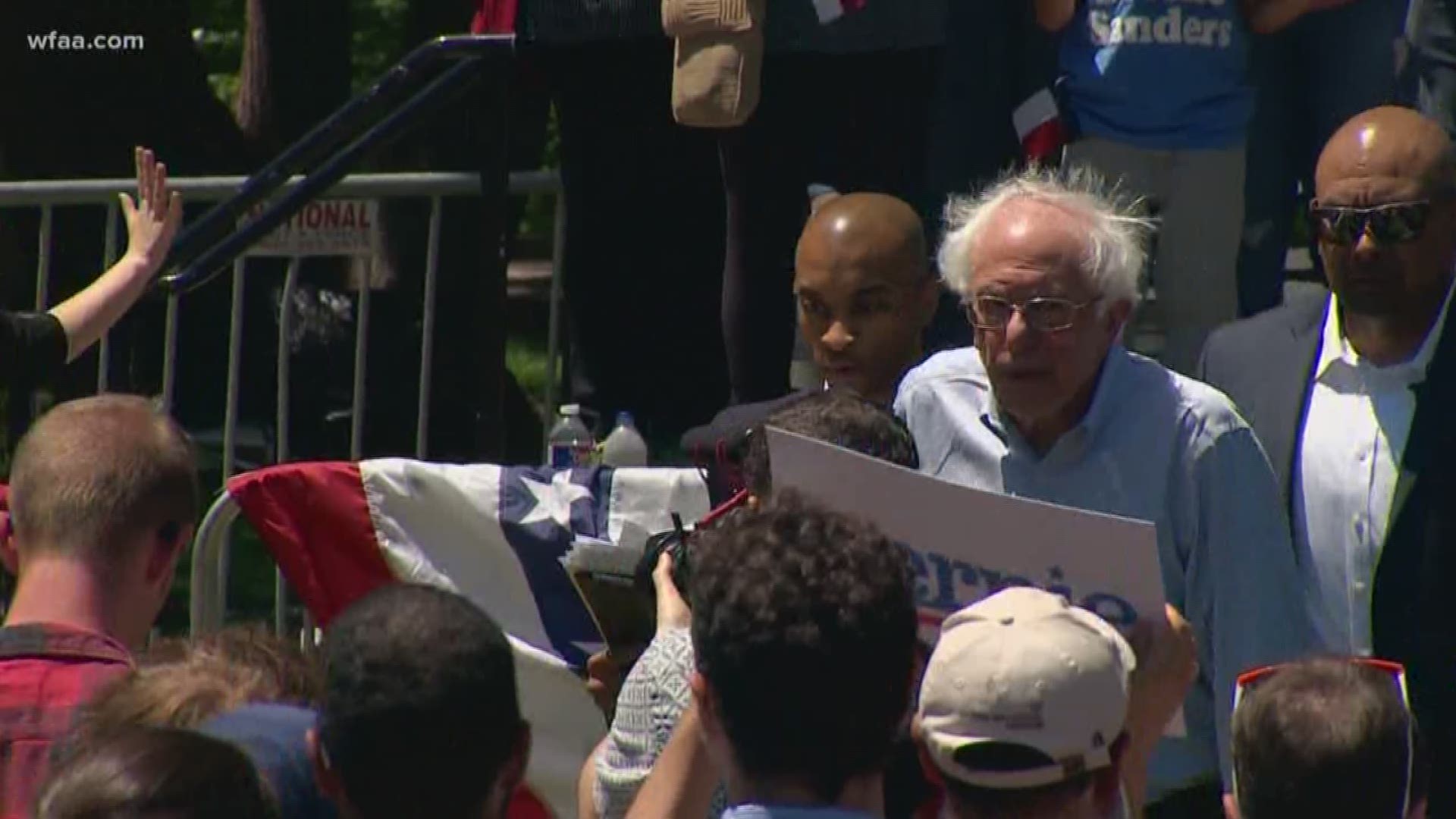 Sanders addressed a crowd of more than 2,700 people who were hungry to hear about his vision for 2020.

RELATED: Who is running for president in 2020 so far?

"We should make public colleges and universities tuition-free and substantially reduce student debt in this country," he told the crowd. He also focused on raising the minimum wage to $15 an hour, allowing people who are incarcerated the right to vote and slicing tax breaks for "profitable large corporations."

There was, however, an elephant in the park. Just hours before the rally, former Vice President Joe Biden announced he too would be running for president, bringing the total candidates in the democratic field to 20.

But even before Biden formally announced, he and Sanders have been neck and neck in the polls.

"I think it's excellent he's joined into the conversation," said Democrat David Sadera of Frisco, who attended the rally with his son Nick. "I think we need to have multiple perspectives."

"I think it's amazing, this is great for Democrats," she said. "Democrats cannot say they don't have a candidate in this race. They can't say there's not somebody who appeals  to them."

As for Sanders, he didn't address Biden's candidacy on stage. But off-stage, he did.

"Joe Biden is a friend of mine," Sanders said. "Joe and I disagree on many many major issues. I look forward to a issue-oriented campaign, where we discuss the important issues facing the American people.

"But I am confident of this," he continued. "At the end of the Democratic primary, whether I win or Joe wins or whether anybody else wins, we're going to see Democrats come together to defeat the most dangerous president in the modern history of this country, which is President Trump."