Fort Worth police officer on trial for perjury after punching man

"He lied about whether he told Henry Newson he was under arrest," a prosecutor told the jury Tuesday in an opening statement. "We have it right there on the camera." 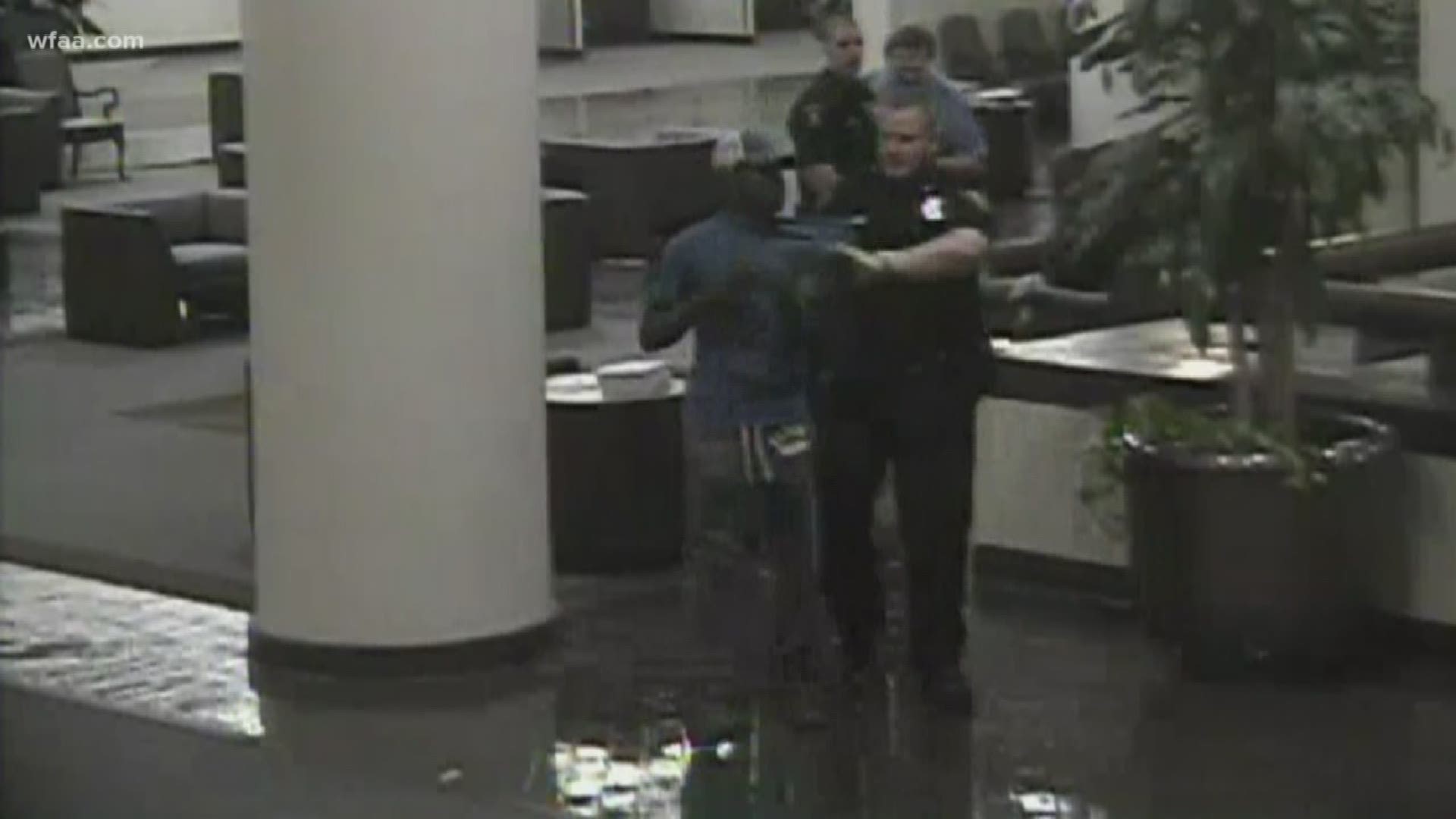 FORT WORTH, Texas — In court Tuesday, Fort Worth police officer Jon Romer did not speak, but he is facing perjury charges over his testimony about an incident in which he punched a man in a hospital lobby last month.

In November, Romer was involved in an altercation with a man named Henry Newson. Newson, then 20, had been discharged from the hospital and was waiting to be picked up by family members. He was questioned by a security guard, and when the conversation became heated, Romer stepped in. He was off-duty but working security at the hospital.

Romer is charged with official oppression, but was in criminal court Tuesday to face a perjury charge stemming from the incident. Romer also faces a civil suit that argues the incident was racially motivated.

According to prosecutors, Romer lied in front of a grand jury, testifying that he told Newson he was under arrest before he hit him.

"He lied about whether he told Henry Newson he was under arrest," a prosecutor told the jury Tuesday in an opening statement. "We have it right there on the camera."

Romer's defense declined to present an opening statement, and only one witness was called on the first day. The jury was shown several clips of the bodycam and surveillance footage.

Prosecutors say they will also present evidence from a forensic examination of the audio from the tape.

Romer remains on restricted duty with the Fort Worth Police Department, pending the outcome of the trial.