Fort Worth officer hit by vehicle Saturday back in surgery Sunday, police say

The officer was rushed to the hospital Saturday after he was hit by a vehicle during a pursuit, officials said. 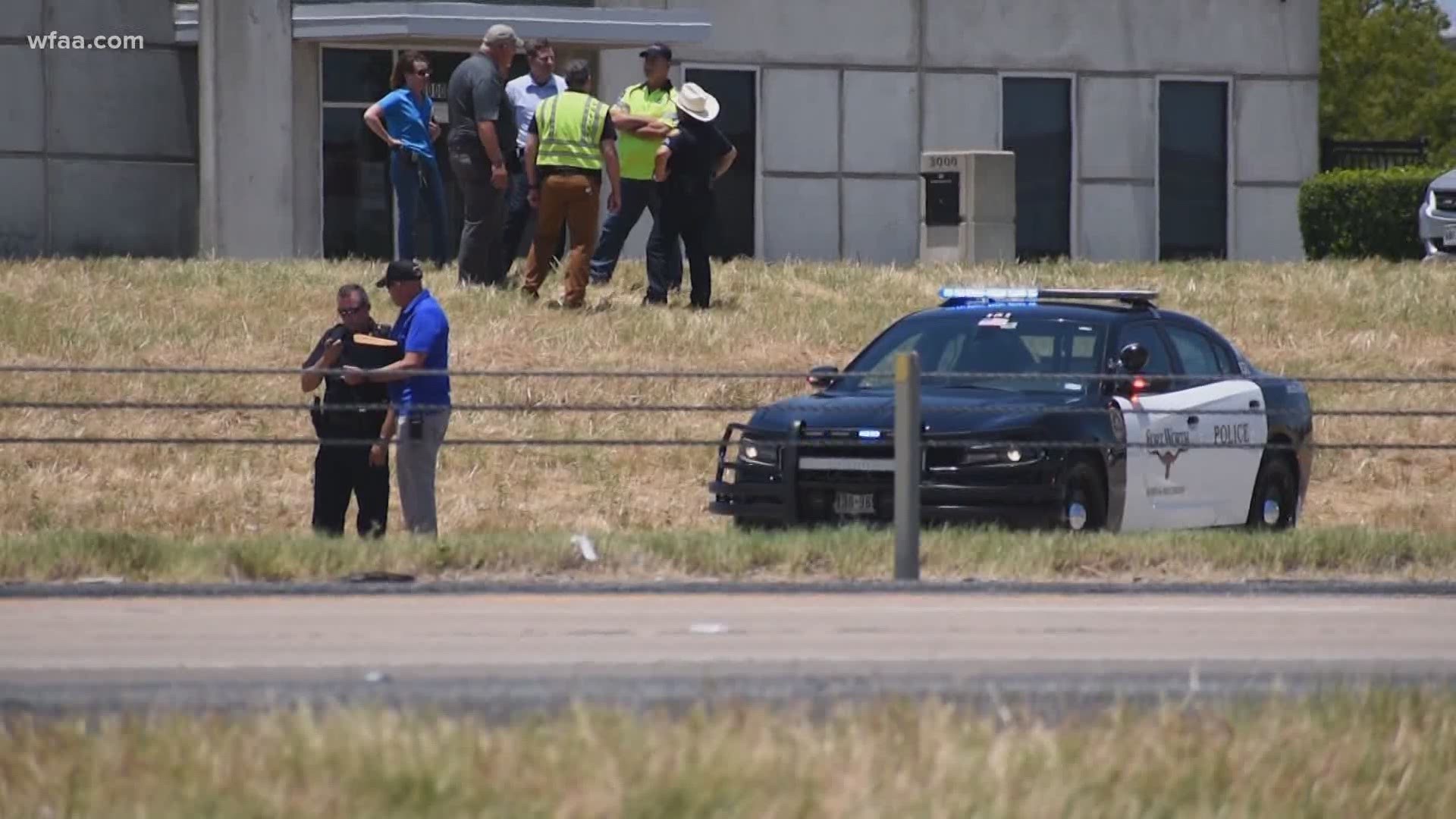 A Fort Worth police officer who was struck by a stolen vehicle Saturday morning is "stable but back in surgery today," the Fort Worth Police Department said Sunday.

The officer was rushed to the hospital Saturday after he was hit by a vehicle during a pursuit, officials said. He went into surgery at JPS Saturday and was out of surgery by 12:20 a.m. Sunday. The department said at 12:20 a.m. the officer was "stable and currently in ICU."

Officials said the crash happened a little after 11:30 a.m. Saturday, when patrol officers attempted to initiate a traffic stop on a stolen vehicle in the 4200 block of the northbound lanes of North Freeway.

RELATED: Fort Worth officer rushed to hospital after being struck by stolen vehicle, officials say

According to police, suspect Ronnie Jackson, Jr. failed to stop and that's when a pursuit ensued.

During the pursuit, the officer was struck by Jackson's vehicle when attempting to deploy stop sticks, authorities say.

Fort Worth police arrested Jackson on charges of criminal attempted capital murder and evading arrest detention with a vehicle. His arrest booking page on the Tarrant County jail website also lists a charge of theft of property valued at $2,500-$30,000. Jackson was found hiding in a neighborhood near the Linkcrest Drive exit of Interstate 30, according to authorities.

According to arrest records, Jackson has a lengthy criminal record dating back to 2011, with charges including aggravated robbery, burglary, criminal trespassing and aggravated assault with a deadly weapon.