Fort Worth officer reinstated, 13 months after being fired for excessive force

Fort Worth police officer Kenneth Pierce had his punishment reduced to 35 days without pay after previously being fired for use of "unreasonable force." 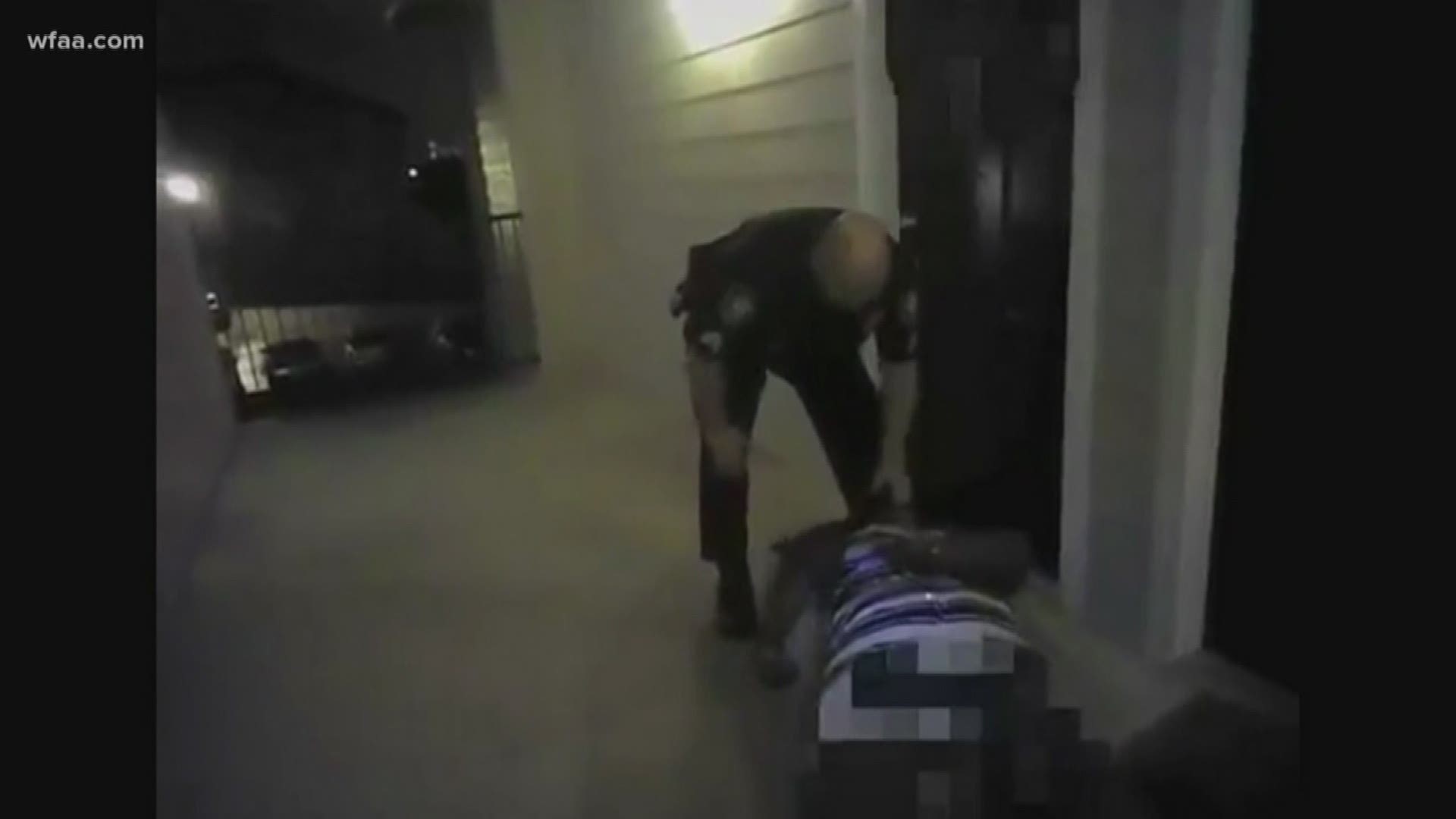 FORT WORTH, Texas — A Fort Worth police sergeant fired in 2017 for violating the department’s use-of-force policy has been reinstated after his punishment was reduced to a 35-day suspension during a Wednesday hearing.

Sgt. Kenneth Pierce was terminated 13 months ago for ordering a rookie officer to use his Taser on a woman who had called for help – an incident FWPD Chief Joel Fitzgerald at the time deemed “unreasonable force.”

The specific charges against Pierce were neglect of duty, failure to supervise and violating the department’s use-of-force policy, according to the Star-Telegram.

In a Wednesday hearing at the Bob Bolen Public Safety Complex in Fort Worth, Pierce’s punishment was reduced to 35 days without pay. He'll get credit for having already served the suspension, though, and will receive back pay for the time he was suspended beyond the 35 days.

Daffron said two of the three charges in Pierce’s termination letter were dropped. The only one to remain was “failure to supervise,” which resulted in a 35-day suspension without pay. Pierce will receive backpay for all but those 35 days.

Even though Chief Joel Fitzgerald fired Pierce, the chief was one of the people who made the decision to reinstate him. It’s a decision Dorshay Morris’ attorney questioned.

“It's sad that we keep going through this, in Fort Worth specifically,” attorney Jasmine Crockett said, “where we see an officer that does wrong and it’s almost like they're awarded for doing wrong.”

“The next step is honestly we're going to have to go ahead and file suit, and we're just going to have to let the citizens get this right and get some kind of justice for Dorshay," Crockett said, "because it seems as if the city isn't willing to cooperate and seek that justice out for her."

The chief declined to speak today or elaborate on the decision to let Pierce back on the force.

Pierce, a 22-year veteran of the force, had appealed his termination and reached an agreement that allowed a hearing that would determine whether he could return to work with Fort Worth PD.

A letter from the hearing examiner stated a review of the incident found only a "failure to supervise" by Pierce, due in part to a "failure to utilize de-escalation tactics."

In August of 2017, Morris called for help regarding a domestic disturbance at her apartment in east Fort Worth. She showed her identification to Pierce, and Fitzgerald said Pierce became “impatient, initiated an unnecessary physical confrontation, and then ordered a rookie police officer to ‘Tase’ the woman.”

The incident was recorded in its entirety by body camera video, and Fitzgerald released the footage at the time of Pierce’s firing in December of 2017.

See the entire raw body cam video below or here. Warning: Content may be sensitive to some.

“I’m confident that everyone who sees this video, including members of this department, will agree this supervisor’s response and subsequent behaviors are absolutely unacceptable,” Chief Fitzgerald said at the time. “We are built on a foundation of being problem-solvers. Pierce responded in an opposite manner, and he escalated the situation endangering everyone involved, including his fellow officers.”

Charges against Morris were dropped.

After Pierce’s firing, the Fort Worth Police Officers Association sharply criticized the Chief's decision and suggested that it was politically motivated.

"Chief Fitzgerald and the chain of command got this one wrong," Sgt. Rick Van Houten, who was then president of the Fort Worth Police Officers Association, said.

Van Houten released 911 audio from when Morris called to report a domestic disturbance and is heard telling the dispatcher she had a knife and was ready to use it. Van Houten and Pierce's attorney, Terry Daffron, said the call provided important context to understand the officer's actions.

Body camera footage showed Morris turning the knife over to officers before she was tased and arrested, but Van Houten said she could still have been a threat.

Activists from United Fort Worth and other groups were on hand at Wednesday’s hearing, signs in tow, asking that Pierce not get his job back.