Fort Worth Cats: Abandoned baseball field and team are coming back to Fort Worth

The Fort Worth Cats, who played at LaGrave Field, will likely see their stadium revitalized with baseball games in its future. 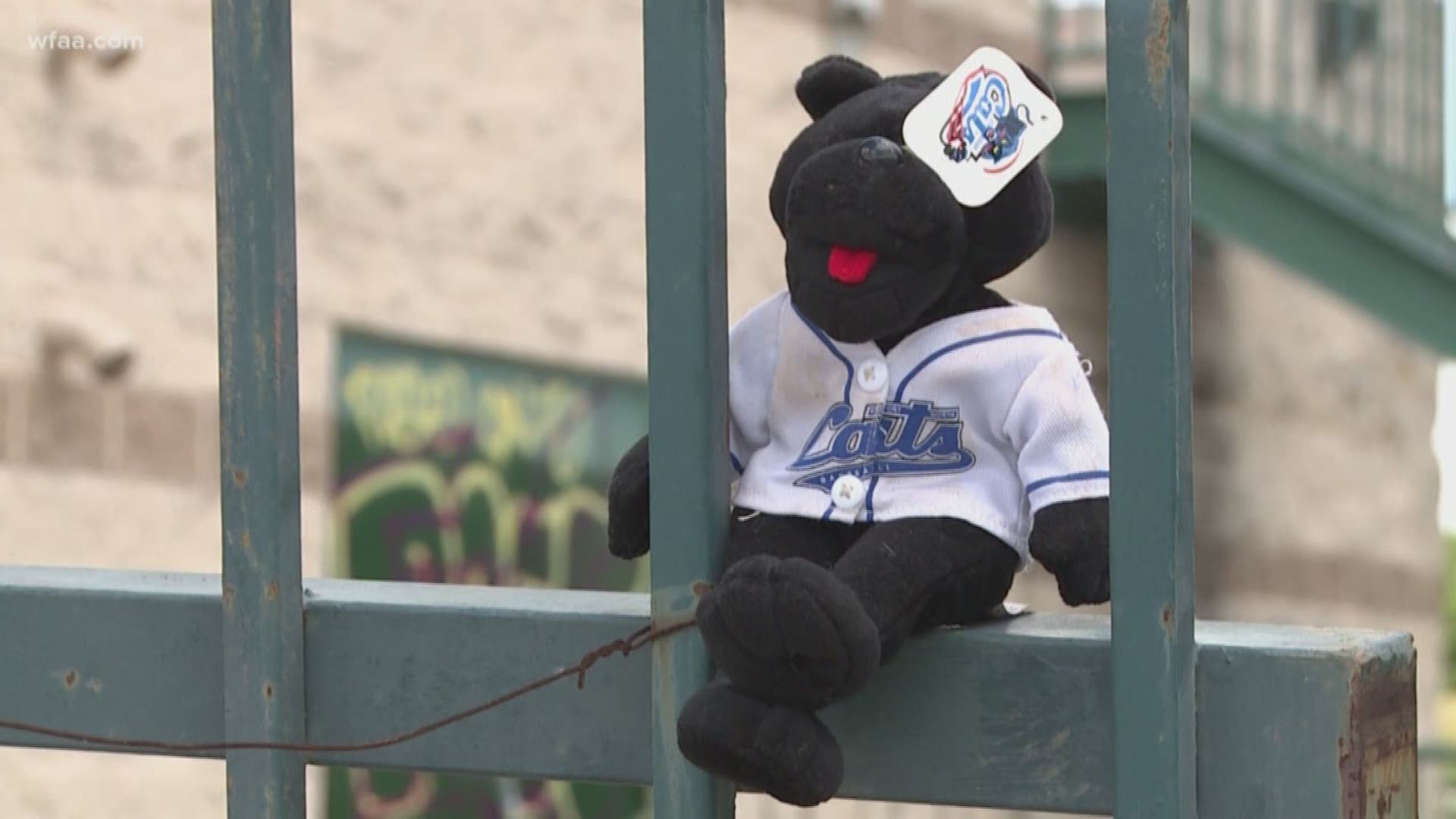 FORT WORTH, Texas — At LaGrave Field in Fort Worth, the last time you could hear the cheers and the sound of a baseball hit against a bat was five years ago.

The once lively stadium hosting the Fort Worth Cats is abandoned. Since the 2014 season, the clock stands still as graffiti, grass and weeds continue to grow.

"It's like a jungle now," former team photographer Stella Ballard said. "I would get here probably [at the] noon to three o'clock hour of the day and be here until midnight, whenever the game ended."

Ballard remembers taking picture of baseball legends who played at LaGrave field. But since then, it saddens her to see that the stadium has turned into.

"Just despair, because it's completely torn up."

This week though, the future is looking bright for LaGrave Field and the Fort Worth Cats.

Scott Berry, President of the Save LaGrave Foundation, met WFAA at the stadium. The organization has been working for four years to bring back the good times.

"The current owners of LaGrave Field are swapping this tract of land, the footprint and some of the parking at LaGrave Field for approximately 15 acres of land that is on the other side of the levy for future development," Berry said. "And in turn, the [Tarrant Regional] Water District is leasing LaGrave field to us, our group, for a 40-year period so we can renovate the stadium and bring back the Cats."

The Tarrant Regional Water District board approved the lease. Save LaGrave Foundation has 90 days to close the transaction.

By the summer, the historic stadium could start seeing change. The goal is to be playing baseball again at LaGrave Field with the Fort Worth Cats in 2020.