Fort Worth businesses ask customers not to forget them, as past-deadline construction continues

The bridges and roads are meant to be part of the bigger Panther Island project, and were supposed to be completed in 2018. 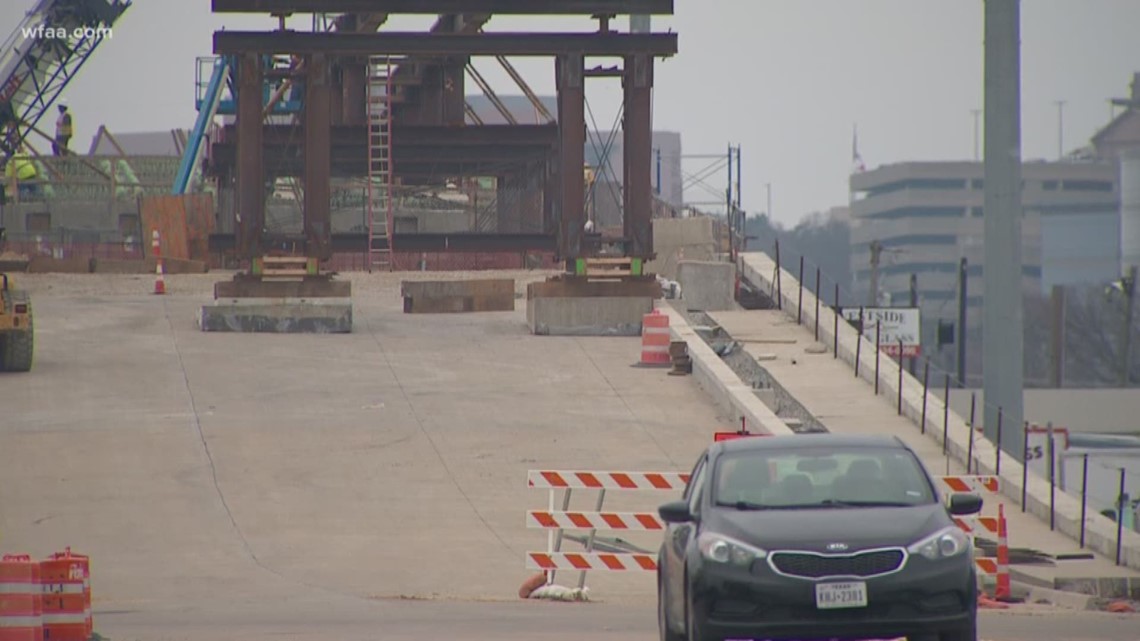 "It's been rough," the owner said Monday about the amount of customers they see, especially after lunch. "It’s a dramatic decline."

All you have to do is walk outside to see why.

For about five years now, road and bridge construction on White Settlement Road and Henderson Street has been maddening to maneuver. The two thoroughfares no longer connect during the construction.

"This is a dead-end street to nowhere," George said of his location on White Settlement. "There’s no cross traffic, no business flow."

RELATED: Fort Worth is in deep with Panther Island project, but new report raises concerns about project management

It was estimated years ago at $66 million.

When WFAA reported on this back in 2015 and 2016, the projected completion date was 2018, but the project remains ongoing.

"It's just frustrating," George said. "It's just the amount of time that it’s taking. There's always a positive spin on it, that when it is done things will get back to normal."

RELATED: VERIFY: If Fort Worth is Cowtown, what’s with all the panthers?

This week, Angelo's management took to Facebook, writing "Another year, still no bridge..." and thanked their customers for their loyalty by offering two chopped beef sandwiches for $5 this week.

Angelo's is far from the only business that’s been affected by this extended construction.

Back in 2015, WFAA reported that the Little Germany Restaurant on Henderson had lost 50 percent of its business because of the ongoing construction. Fast forward to 2020, and they're about to move their business to Camp Bowie Boulevard because business just hasn't improved amidst ongoing construction.

At nearby Omaha's Surplus, they're giving away free pajamas with any purchase, just to get people in the door.

"Makes you wish you had moved to begin with, you know?" said manager Brad Williams.

The long-time military store had to move into its warehouse years ago because construction took away its parking lot, making it too difficult at its regular location.

"I kind of always thought it would be a little longer than they thought," Williams said of the estimated project deadline. "I just didn’t know it would have the impact it did. We never realized the closing of Henderson Street access to White Settlement would have that dramatic of an impact."

Online estimates now say the construction will finish this year. Business owners say they've heard similar estimates, but they aren't hopeful it'll be done in 2020. They just hope their customers don't forget about them in the midst of the madness.

"We’ll make it, we’ll survive, but we need their help, too," George said.

Late Monday, TxDOT provided this statement, but did not give us a new estimated completion goal nor reasons for the delays:

"The project experienced delays due to some unforeseen challenges. We continue to work with our partners towards completion of the project and we are working with businesses in the area to maintain access to their facilities and provide frequent updates on the status of the project."