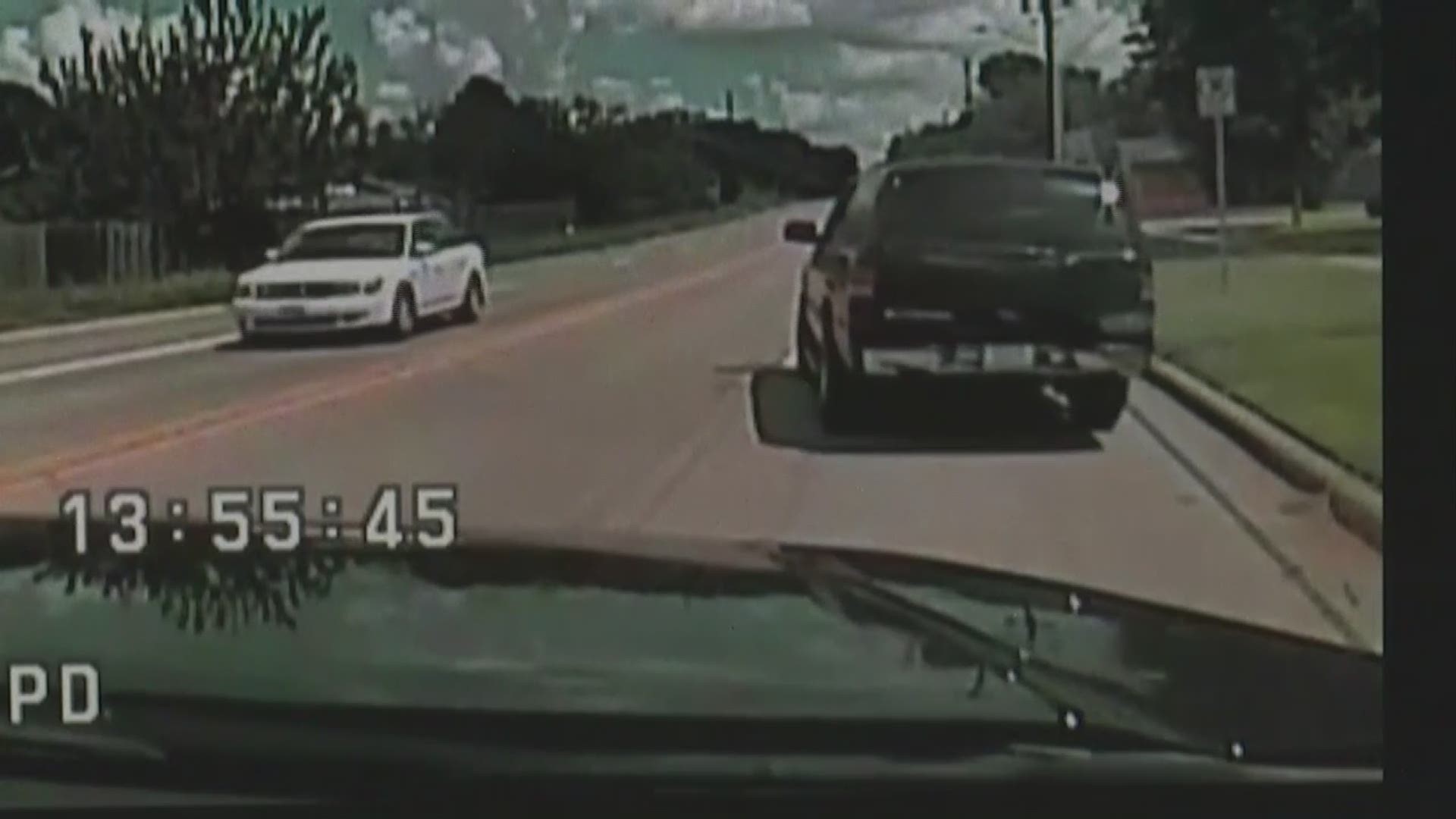 Terry, 24, and Terrence Harmon, 24, were pulled over on Sept. 1 by Arlington police for a registration violation. Terry was driving an SUV and Harmon was riding in the front seat as a passenger.

Body camera footage shows the stop going smoothly until an officer informs Terry that she has to search the car after smelling marijuana.

When another officer at the stop tells Terry to turn the SUV off (he’s standing outside the SUV on the passenger side), his body camera catches Terry rolling up the windows, the SUV taking off, and the officer (who’s hanging on the side of the vehicle) shooting into the SUV. Terry was shot and killed.

A gun, more than one pound of marijuana and ecstasy was found in the car after the shooting.

The officer is now facing an internal and criminal investigation that will determine potential charges, if any. His name hasn't been released by the department because officials say that death threats have been made against him.

The officer is also not on paid leave or suspended but is off the streets working an administrative job.

Tuesday night, at an Arlington NAACP meeting inside New Life Fellowship Church, Deputy Chief Carol Riddle faced questions from the public about why the officer was still on the job and why the department has withheld his identity.

WFAA’s camera was barred from the meeting due to a request from the pastor of the church, but we did sit inside, and the atmosphere was tense.

Lee Merritt, an attorney representing Terry’s estate, wants the officer identified and claims that Harmon has yet to be interviewed regarding the criminal investigation.

Harmon, for the first time on Tuesday, spoke to the media about what happened.

Merritt wouldn’t let him discuss the events leading up to the shooting, but Harmon discussed what was going through his mind during it all.

“I just wanted him to stop shooting,” Harmon said. “It’s on my mind and I see it over and over and over ... I can’t wash it away.”

Harmon is not facing any charges but claims he hasn’t been interviewed yet by APD as part of their criminal investigation that will be presented to a grand jury.

Wednesday morning, a spokesperson for APD said that Harmon had in fact been interviewed.

Riddle failed to provide clarity to a few common questions from the public.

One primarily centered around the protocols and procedures regarding an officer opening fire toward a moving vehicle.

Riddle advised those asking questions that she didn’t know the procedures word for word and didn’t want to misquote them or get anything wrong.

She also provided insight into why internal and criminal investigations surrounding officer-involved shootings take so long.