Arlington neighbors are losing their backyards due to erosion 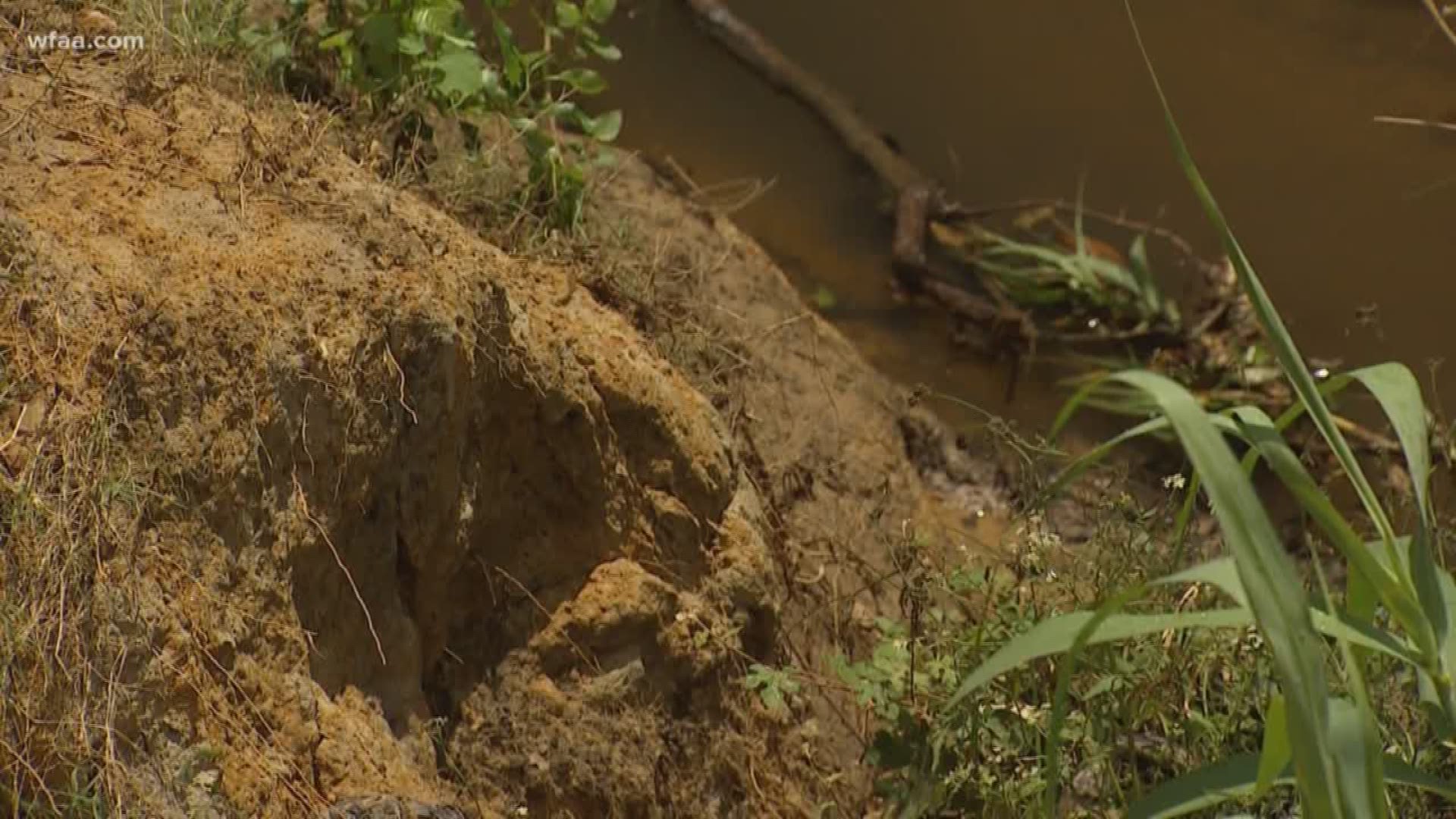 Tim Lowe bought his house 12 years ago and hoped it would one day make him money. But now, he thinks when he decides to sell he will take a big loss because he has lost a portion of his backyard.

“I've basically lost 360 square feet of my property since I moved in,” Lowe said. “I had to move this fence in four feet because of the constant erosion from the flooding behind my house.”

“I did have to move my fence four feet down due to the erosion and me losing my fence,” Flores said. “We are planning on staying here for the long run, and as of right now we have no choice but to stay here because I highly doubt that I’m going to be able to sell this house if this continues to happen.”

The city of Arlington says the erosion is likely due to the flow of the creek, but the neighbors are frustrated because they believe city officials should be doing more to help.

A city spokesperson provided this statement to WFAA:

“With 141 miles of creeks crossing the city, our emphasis is on projects that mitigate the risk of flooding to neighborhoods, businesses and public amenities. Erosion remains a private property issue, unless public infrastructure, such as a road, sidewalk, or water and sanitary sewer line, is at risk of being damaged or destroyed.

"City staff have conducted site visits at four properties in this section of Johnson Creek where residents have reported erosion issues. The City has not planned any erosion control projects in this area at this time, however, as no public infrastructure is at risk of being harmed.”

“They don’t take responsibility for any of it, we constantly lose real estate and get nothing resolved,” Lowe said. “They are absolutely doing nothing to resolve this problem. They won’t clear the ditch, they won’t compensate us for our losses. We’re pretty much S.O.L.”

“We are, including my neighbors, are paying taxes on land that we don’t have anymore,” Flores said. “It’s been washed away.”