A number of residents from a popular Denton apartment complex have been displaced after the floor of a third-story unit collapsed during a party Saturday night. 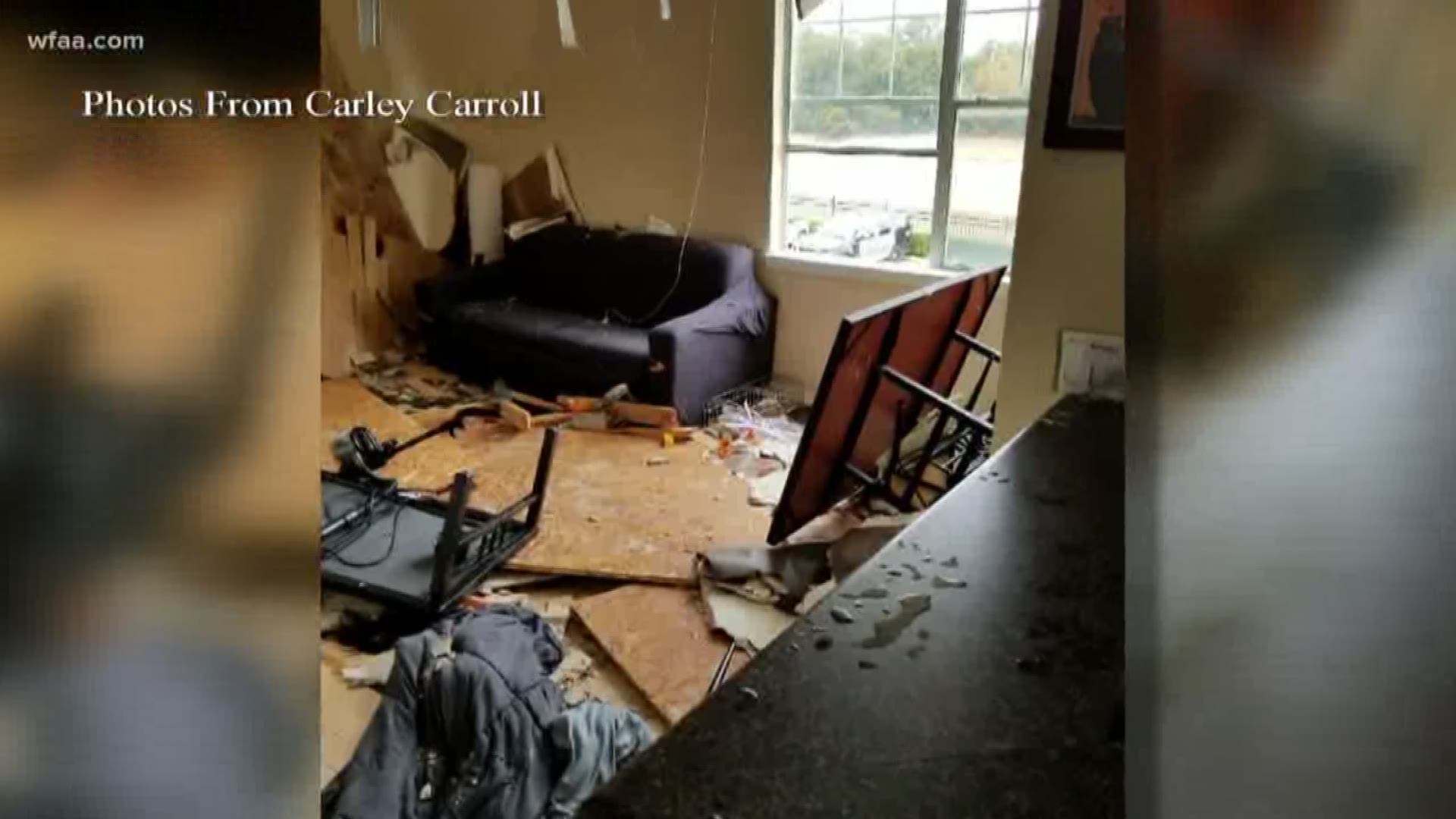 At least 50 residents from a Denton apartment complex have been displaced after the floor of a third-story unit collapsed during a party late Saturday night.

According to Denton Fire Captain Brian Glenn, initial calls came in just before 2 a.m. Sunday when the collapse prompted a second floor sprinkler system to go off at The Ridge at North Texas.

Denton police say all occupants of the apartment were successfully evacuated, and only minor injuries were reported.

Abiola Busari, a junior at University of North Texas, hosted the homecoming party and lives in the unit that collapsed. Busari says he fell through the floor himself, and that the party spiraled out of control when people he didn't know suddenly appeared.

Busari is staying with friends in the meantime.

Capt. Glenn says the collapse likely broke pipes and plumbing. Investigators and engineers were out Sunday afternoon analyzing the damage.

Ultimately, it will be up to the city to determine if the student-only apartments had any code violations.

Glenn says at least 30 people were in the apartment when the floor gave way, although some witnesses and Twitter video of the incident show more people.

Carley Carroll is a UNT sophomore who lives on the second floor directly below the unit that collapsed.

She wasn't home when the incident occurred but lost most of her personal belongings.

"TV's, computers, just everything. Everything you need for college is gone," said Carroll.

The Ridge at North Texas is a student- only apartment complex, owned privately and not by UNT. The complex spokesman offered the following statement to WFAA:

“In the process of making alternate housing arrangements for those students, a local university offered help as well to provide alternate arrangements. The Ridge is also arranging with structural engineers to assess the situation.”

A spokesperson from UNT offered the following statement to WFAA Monday afternoon:

At this time, the university has offered assistance to about 30 UNT students who live at The Ridge, a private facility in the City of Denton. The students being helped were impacted by an apartment building closure after a third floor in the facility collapsed.

The assistance being offered includes access to short-term temporary housing, meals, and advocacy with faculty for any issues related to their classes or study (i.e. needing books or computer access). The university is only able to assist the students who reach out to the Dean of Students office seeking help. Any information regarding the incident or about the long-term next steps related to recovery at the apartment building will need to come from the facility owner or operator.