The library in north Fort Worth was first expected to be completed in June of 2018, it is still not finished. 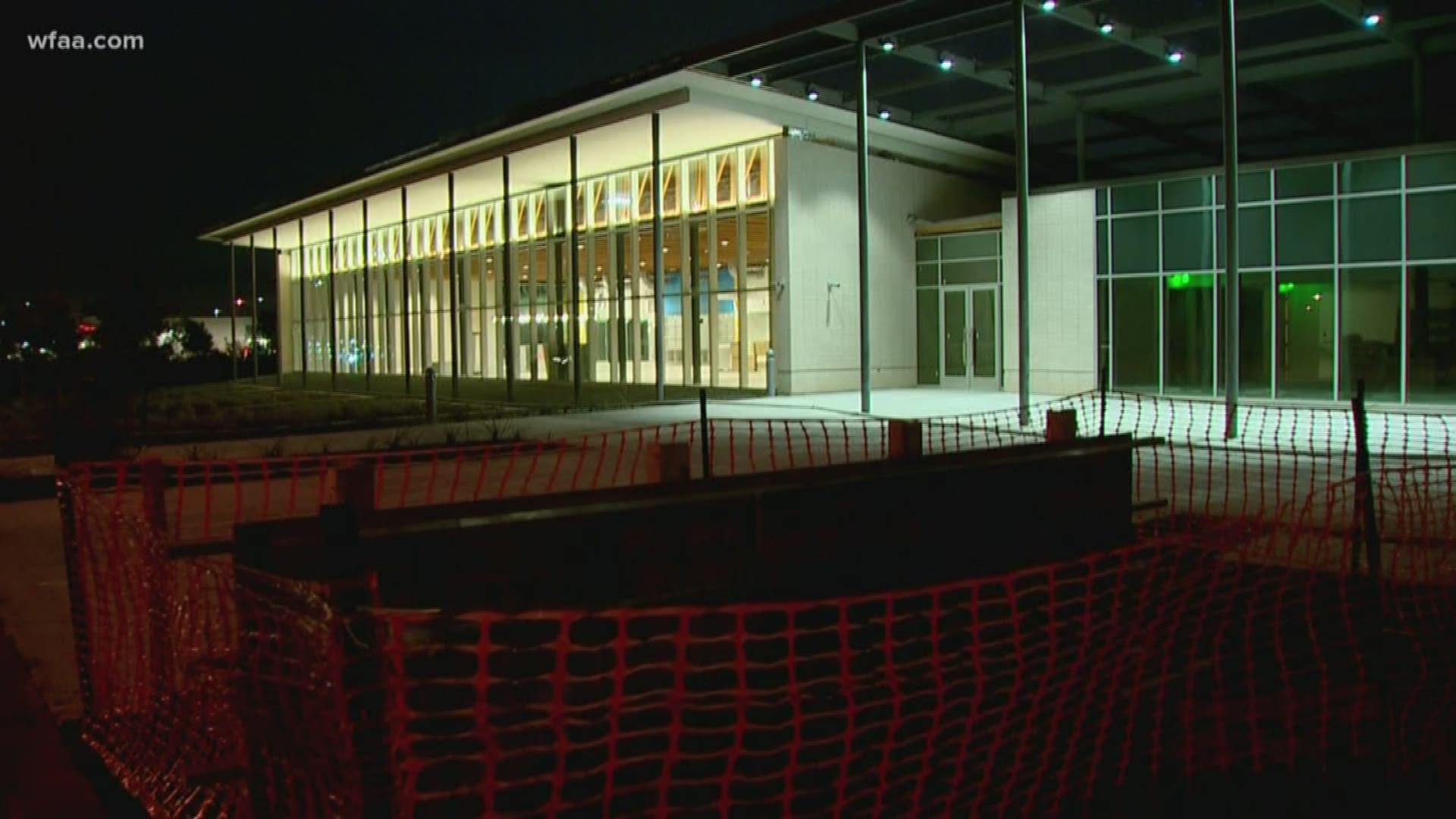 FORT WORTH, Texas — The brand-new Golden Triangle Library is supposed to be 15,000 square feet full of books, laptops, 3D printers and more.

Instead, it sits empty and unfinished. It's a $9.1 million library that no one has been able to use.

"We had a lot of what we'd call painful and grudging progress from day one," said Steve Cooke, Fort Worth's Director of Property Management.

In fact, Cooke said the City is now securing someone else to finish the job after the original contractor was fired a few weeks ago.

"I've been here almost four years and we've only had to terminate three contractors," Cooke said.

Voters approved the library in this fast-growing section of town back in 2014.

According to the City, Garland-based Denco initially told them the library would be complete in June of 2018. After delays, the new estimated date was January 2019.

But it still wasn't done.

Cooke said this October, after a year's worth of contractually withdrawing $500 a day as a penalty, the City finally said enough was enough and fired Denco.

"Ultimately we just had to pull the plug so we could get someone out there who could finish the project," Cooke said, adding Mark IV is the company expected to finish the library.

For its part, Joseph Martinez with Denco said the organization "continued to make progress despite the delays and had taken the project to 95% complete when we received the notice. To further show our commitment, Denco had full crews on-site working the day of our termination notice." He added that the delays were due to the "city and or architect."

Both parties said the split was amicable.

Now, the new expected completion date for the library is May of 2020, nearly two years after it was supposed to have been finished.

"Everybody wants them and everybody needs them and in a growing community, it's a big deal. We want this one to be there, too, but we also want it to be a quality project."