5-foot-1 but a giant in her sport: Meet Fort Worth's Taekwondo world champion

Adalis "AJ" Munoz is a three-time world champion in Poomsae Taekwondo, and now she's teaching girls on Fort Worth's North Side they can be champions, too. 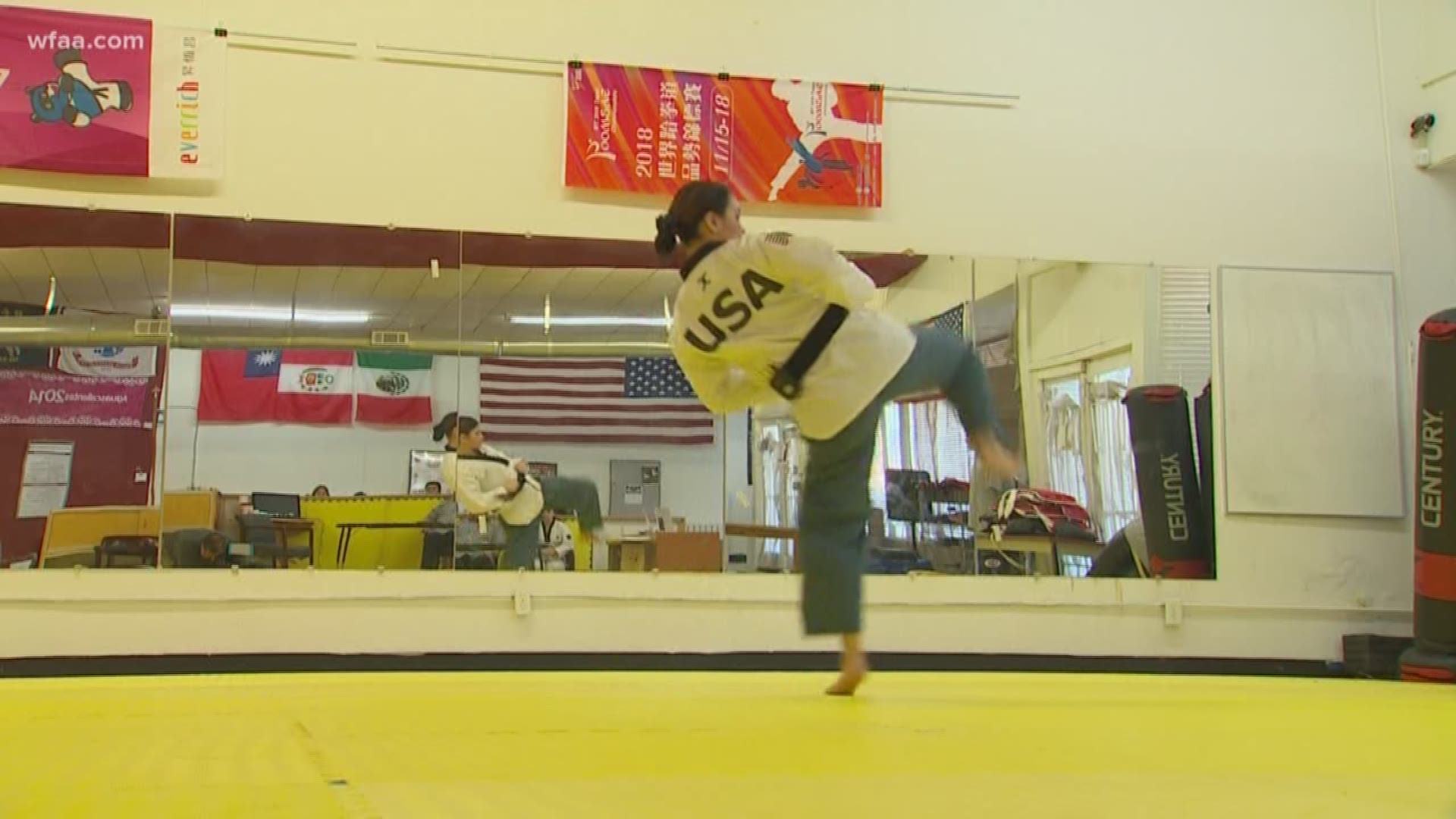 FORT WORTH, Texas — Fighters can come in all shapes and sizes, and so can world champions.

Adalis "AJ" Munoz is just over 5-foot-1, but she towers over her sport, Poomsae Taekwondo.  She has taken home gold in the last three world championships, most recently in Taipai, Taiwan.

"I know that I have that title," AJ said, "but I don't really think about it."

She said she doesn't want to get complacent, but there's little chance of that. She trains everyday at her family's dojo in Fort Worth's North Side neighborhood.  She's also a college student pursuing a double major at UT Arlington's College of Nursing and Health Innovation.  And she teaches Taekwondo regularly, Friday night leading the class for kids.

"She gives it everything she has," said her mom and coach, Delma Munoz.

AJ's journey in Taekwondo began years ago when her father thought it would be good for his daughters to learn self defense. She has gone further than he ever imagined.

He also now serves as her coach, and everyone in the family has achieved the rank of black belt. But AJ has the highest ranking, with a fourth degree.

"A lot of balance, flexibility and strength," AJ said.  "The hardest part is trying new things without getting injured."

Someday, she hopes her event will be in the Olympics, which for now only offers sparring Taekwondo events. But she will continue to train for the competition and said she hopes to defend her world champion title in two years.  And she'll continue to teach a new generation of girls that they can be champions, too.

"Embrace themselves and work hard," she said, "because it is possible."