The ballots in question, which can't be removed from the lock-box without a court order, are expected to be released from the box at 3 p.m. Monday, according to an order signed by Judge R.H. Wallace. 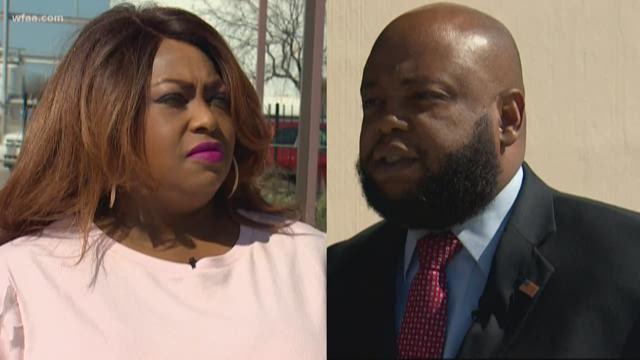 Three votes that were mistakenly placed in a locked ballot box before they were counted could have an impact on a Tarrant County justice of the peace election, election officials said Monday.

The ballots in question, which were from a Mansfield polling location, were removed from the lock-box by court order Monday, but the results of the ballots would likely not be available until Tuesday morning.

Frieda Porter nearly won the Democratic nomination for Justice of the Peace Precinct No. 7 in last week's primary election, earning 6,812 votes, or 49.92 percent.

She fell just eight votes short of the require 50 percent needed to win outright, instead forcing a runoff between her and Kenneth D. Sanders, who earned 41.17 percent of the vote.

If the three uncounted votes are for Porter, she would still be five votes short of winning outright, though the margin would be even narrower if she petitioned for a recount.

"Apparently some provisional ballots were placed in that box by mistake because once they're in the box and they're locked there you go you can't get them you can't count them," said Steve Maxwell, the attorney representing the Tarrant County Democratic Party. "This is one of the first times I've ever actually seen where the ballots from one box that got locked up by mistake so that they couldn't be counted could actually make a difference for what those totals are."