Candles in honor of Javarus Jackson were placed behind a building on Stalcup Road near Elgin Street in southeast Fort Worth. 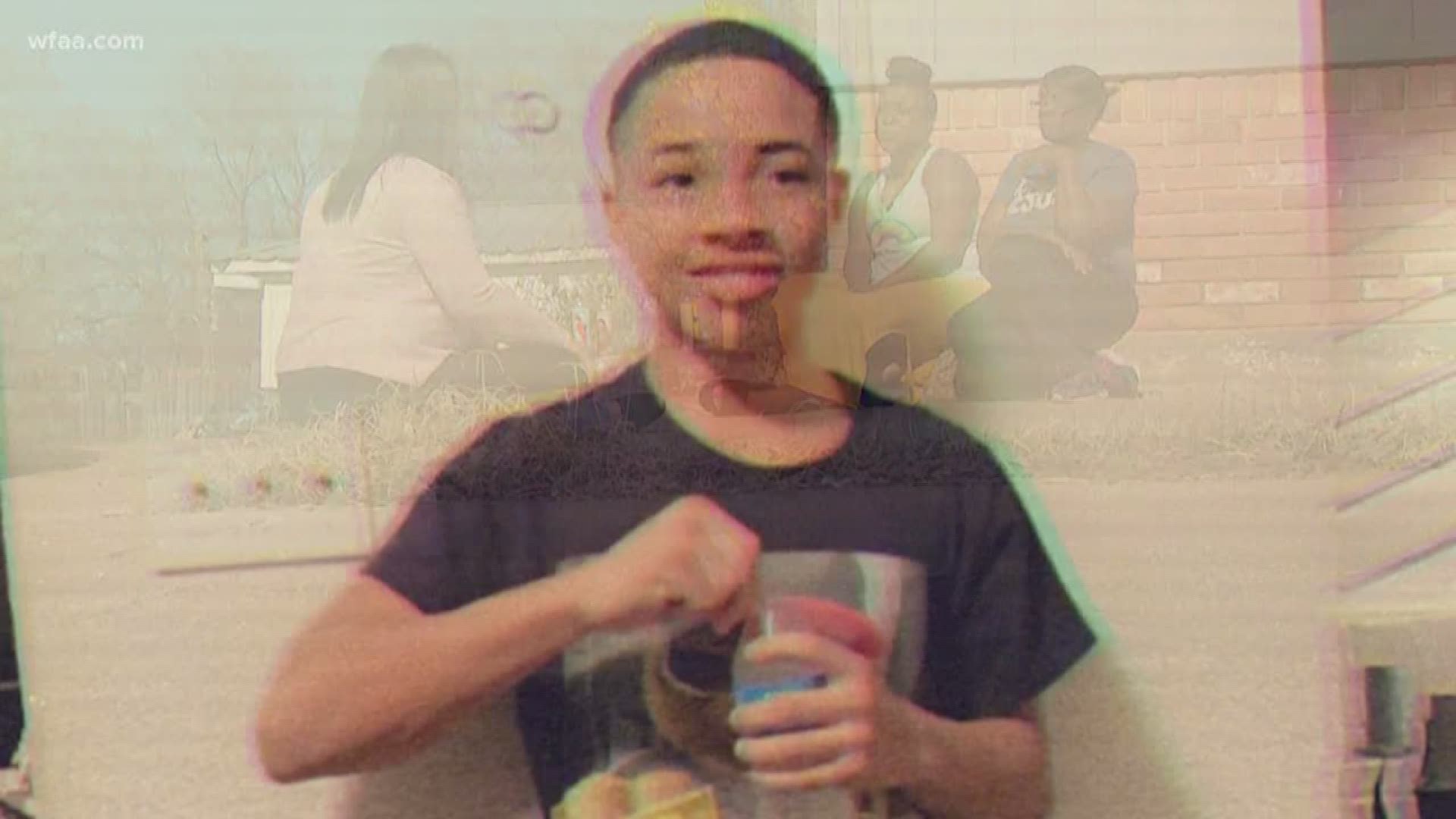 FORT WORTH, Texas — On Saturday, Fort Worth police found a 16-year-old boy dead behind an abandoned building on the 2100 block of Stalcup Road.

Police say the teenager was Javarus Jackson. Initially, authorities were responding to a call of an unconscious person, but they found him dead, shot multiple times.

On Tuesday, people gathered around the back of the old building grieving the loss of Jackson.

Shay Specks said Jackson was her neighbor in the Las Vegas Trail area of Fort Worth.

"JJ would come over and ask to take out our trash can, you know, to make money. He was so respectful. He was energetic," said Specks.

Another woman, Zarri Foster, was also there. She said Jackson was her daughter's boyfriend.

"When he didn't reach out on Thanksgiving, I knew something wasn't right," said Foster.

Foster said Jackson was at her house that week for Thanksgiving break. She said he left early Wednesday morning and was supposed to come back for Thanksgiving. But he never called or showed up.

"When I saw the article about the little boy, I felt it in my spirit. I texted my sister at 2:09. I said 'Sister, you know JJ has been missing, and I said something in my heart is telling me it was him and I didn't want it to be,'" cried Foster.

It hurts Specks and Foster to think Jackson was left there for days before he was found. Foster said, "He was a kid. He didn't deserve to die and be left behind a building like a pile of trash."

The Fort Worth Police Department is investigating the case. No suspects have been arrested.