A tanker truck carrying milk went of the I-30 bridge early Tuesday morning. 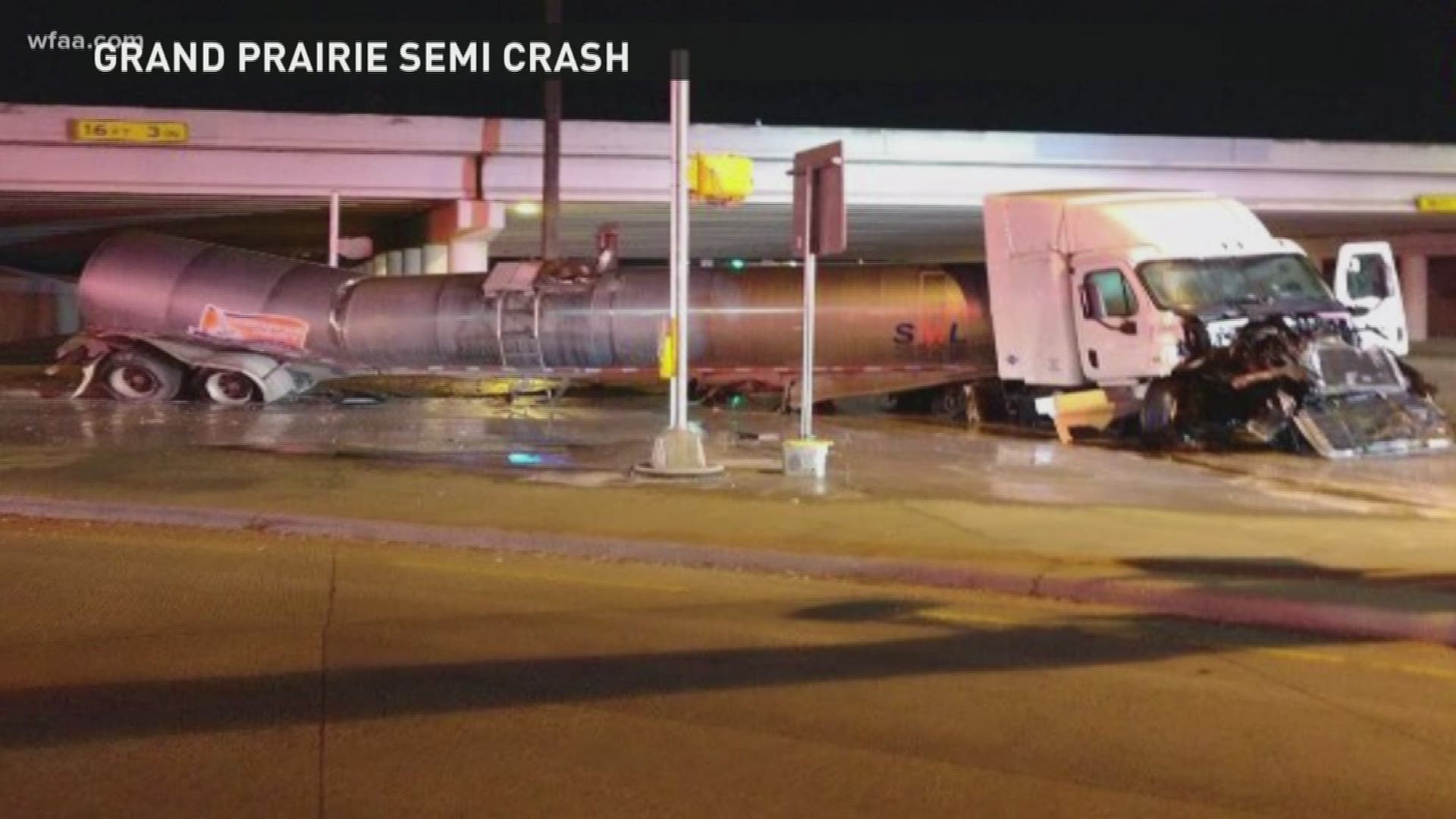 GRAND PRAIRIE, Texas — A tanker truck carrying milk went off the I-30 bridge early Tuesday morning. It crashed below onto MacArthur Boulevard, which remains closed.

The driver of the truck was transported to the hospital, where his condition remains unknown.

The tanker truck, fueled by compressed natural gas, caused no hazard to the air after the crash, Grand Prairie Fire Department said. No evacuations were necessary.

The Grand Prairie Fire Department is on scene working to clean up an oil spill from the crash.