'We just want to live': Tacoma to clear encampment under State Route 509, campers wonder what's next

Camp residents said they haven't been offered much help after being told to leave the encampment by authorities. 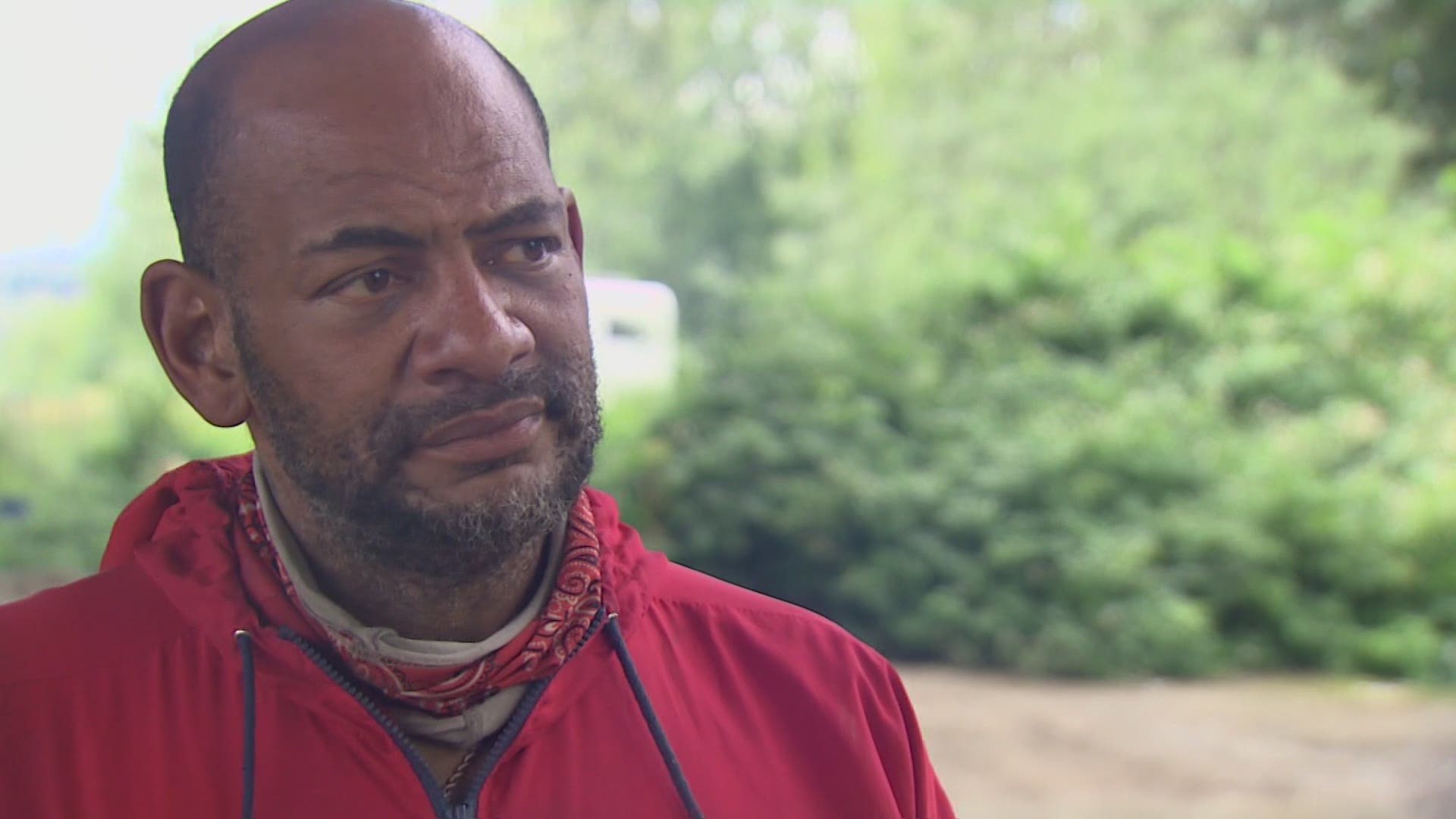 TACOMA, Wash. — Tacoma authorities are preparing to clear out an encampment that’s been underneath the State Route 509 overpass for at least three years.

Tacoma officials said the move is necessary due to growing health, safety and environmental concerns. The Port of Tacoma said it’ll take a couple of weeks to finalize the clean-up process.

The encampment sits on land owned by several different organizations, including the Port of Tacoma, Union Pacific Railroad and the Puyallup Tribe, authorities said.

However, residents of the encampment said they chose the area because no one was using it.

“We’re out of the way,” said Junior, who’s lived in the 509 encampment for three years. “When you go into the city, you see tents on the sidewalk, we try not to do that, we try to be out of the way, build a little community. We’re like a family, we say goodnight to everyone.”

The Port said the campers were told two weeks ago that they’d need to move, and have tried to offer alternatives and services to help people, but residents and activists said otherwise.

“They haven’t offered anything. The only people that have come down here are police officers, and homeless outreach for about twenty minutes,” Junior explained. “The rest of it, they just asked us how we were doing and that we had to move and if we were vets they could do something for us, and that was it.”

Now, people living in the camp are working to figure out their next move before it’s too late.

“We have no idea, that’s why we push it right up to the limit, we don’t know where we’re gonna go,” Junior said. “Anywhere we go, they follow us. Wherever we go, they come right up to us and start harassing us. We just wanna live. We don’t wanna be bothered.”

The Tacoma Rescue Mission is currently offering shelters for those struggling with homelessness as well as families, along with day shelters, warm meals and case management. Search and rescue and outreach teams from the Mission have been working with people in the camp and have found alternative housing options for five campers.