Marty’s in Oak Lawn, Harris House of Heroes in Uptown, and PR’s and The Cantina in Fort Worth were all issued citations. 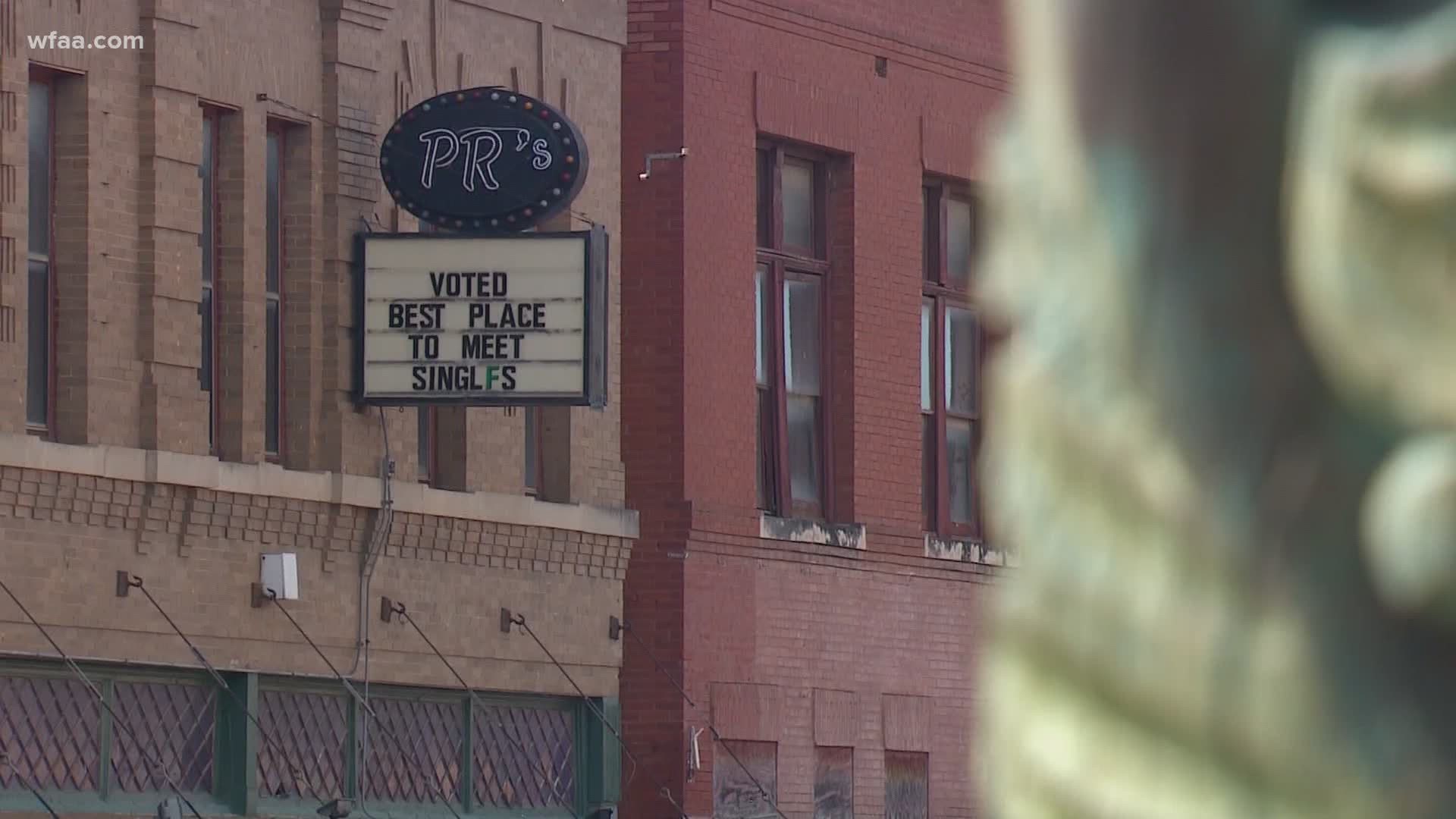 Updated to include a bar that was penalized on Monday.

A Texas Alcoholic Beverage Commission spokesman shared details Monday on the TABC's weekend enforcement that led to liquor license suspensions for at least 17 Texas bars, including four in North Texas.

Marty’s in Oak Lawn, Harris House of Heroes in Uptown, and PR’s in Fort Worth are the three North Texas bars issued citations over the weekend. A citation was also issued Monday for The Cantina, on W Exchange Avenue in Fort Worth.

The TABC started issuing 30-day liquor license suspensions for bars not following Gov. Greg Abbott's executive order on re-opening that allows restaurants to be open at 75% capacity. Up until this weekend, TABC had been issuing warnings to businesses working to ensure compliance.

This weekend, 225 TABC agents visited 600 bars across the state as the agency began "Operation Safe Open" which marked the start of enforcement. During the weekend agents visited 109 businesses in the D-FW area recording those three violations.

“We’ll have a team go in undercover to these locations. Again, the vast majority of these folks are doing what they need to do as far as social distancing and capacity,” Porter said. “What we want businesses to know are we are out there, we are watching, and we want to help them succeed, but in those cases where they are proving to be a risk to the public we will take action to protect the people of Texas.”

Billy Clark, an attorney for Harris House of Heroes, released the following statement denying the allegations that they were not following orders:

“My client has taken every step to ensure that the Governor’s Order for restaurants, bars, and businesses is being complied with. Many initiatives have been taken to create a business that promotes standard social distancing guidelines such as:

PR’s in Fort Worth also denied the allegations and called the governor’s executive order unconstitutional.

“Without opportunity to be heard, today PR’s Saloon’s permit was suspended predicated upon an alleged violation of the occupancy restrictions of Governor Abbott’s Executive Order No. GA-26," attorney Luke Beshara said on behalf of PR’s. "But, this executive order is itself unconstitutional for violating the separation-of-powers doctrine. Under the Texas Constitution, the Legislature – not Governor Abbott – has the exclusive authority to enact or suspend laws, even if Governor Abbott calls the “law” an executive order. Regardless, my client denies the allegation but is pleased to announce that last night’s event raised $7,000.00 for FWPD Officer Brazeal who recently sustained catastrophic injuries while in the line of duty."

This is a full list of the bars cited over the weekend: