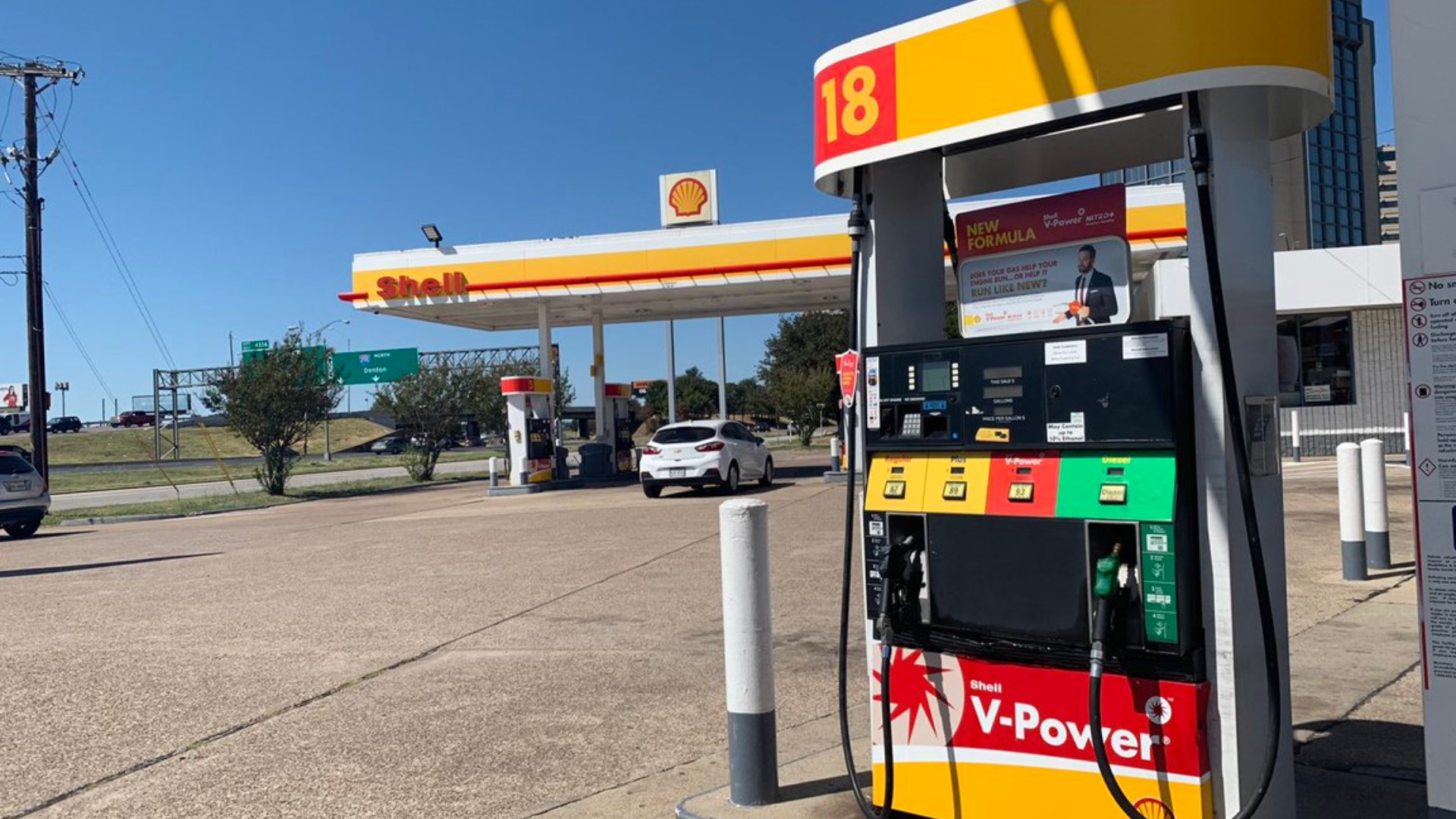 DALLAS — Dallas police are investigating after thieves broke a gas pump and stole about $3,500 worth of gas.

It happened at the Shell gas station at 7014 N Stemmons Freeway the weekend of September 29.

The gas station owner, who didn’t want to be identified, said his surveillance video recorded the faces of at least two suspects and their detailed plan to steal “935 gallons of V-Power Shell brand (gas),” which is “worth about $3,500.”

At this gas station, customers paying with cash must go inside and pay a cashier, who activates the pump.

Dallas police say the suspects went inside and asked for $5 worth of gas, but instead of only pumping what they paid for, the owner said they pried open the front panel of Pump #18 and disabled the manual shut off switch.

This meant gas would continue to flow freely until the pump was put back on the handle.

The owner said a line of cars came to Pump 18, receiving free gas. This continued for roughly 90 minutes.

The surveillance video shows the suspects popped open the hood and trunk of their cars, which were parked in between Pump #18 and the cashier. The owner said they did this to block the cashier’s view.

The owner said the thieves came to his gas station Friday, Saturday, and Sunday, using the broken pump during the entire weekend before the stolen gas was discovered.

The owner said something like this has happened before to his gas station, which he has owned since 2008. Less than two years ago, thieves stole about 1,000 gallons of diesel. He said no arrests were ever made.

In this most recent case, the owner says it’s going to cost about $400 to fix the damaged pump.

Police released surveillance images showing the suspects and their vehicles.

The Dallas Police Department is trying to identify the drivers of a white Chrysler 300 and a blue Camaro with two white stripes on the trunk that were seen parked at the gas station.