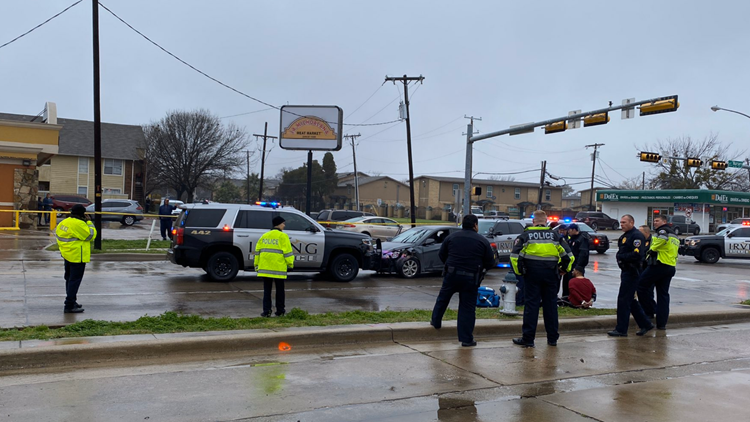 IRVING, Texas — Update 8:32 a.m. Thursday with mugshots of the suspects.

According to Irving police, the two suspects are felons who are wanted by the U.S. Marshals Office in Albuquerque, New Mexico.

Irving police officers were assisting with an apprehension when the suspects fled, officials say. The suspects struck two Irving police patrol units while trying to get away, according to officials.

The two suspects were identified as Nasser Al-Hamlen, 25, and Shanise Lopez, 27, out of Albuquerque, according to Irving police.

At one point, a police officer discharged their firearm. Authorities say no one was injured by any gunshots.

This is a breaking news story and will be updated. Download our free WFAA app to stay up-to-date on all news stories in the Dallas-Fort Worth area.