Police got a 911 call Friday morning from the home in the Greatwood subdivision and found the victims inside when they arrived. 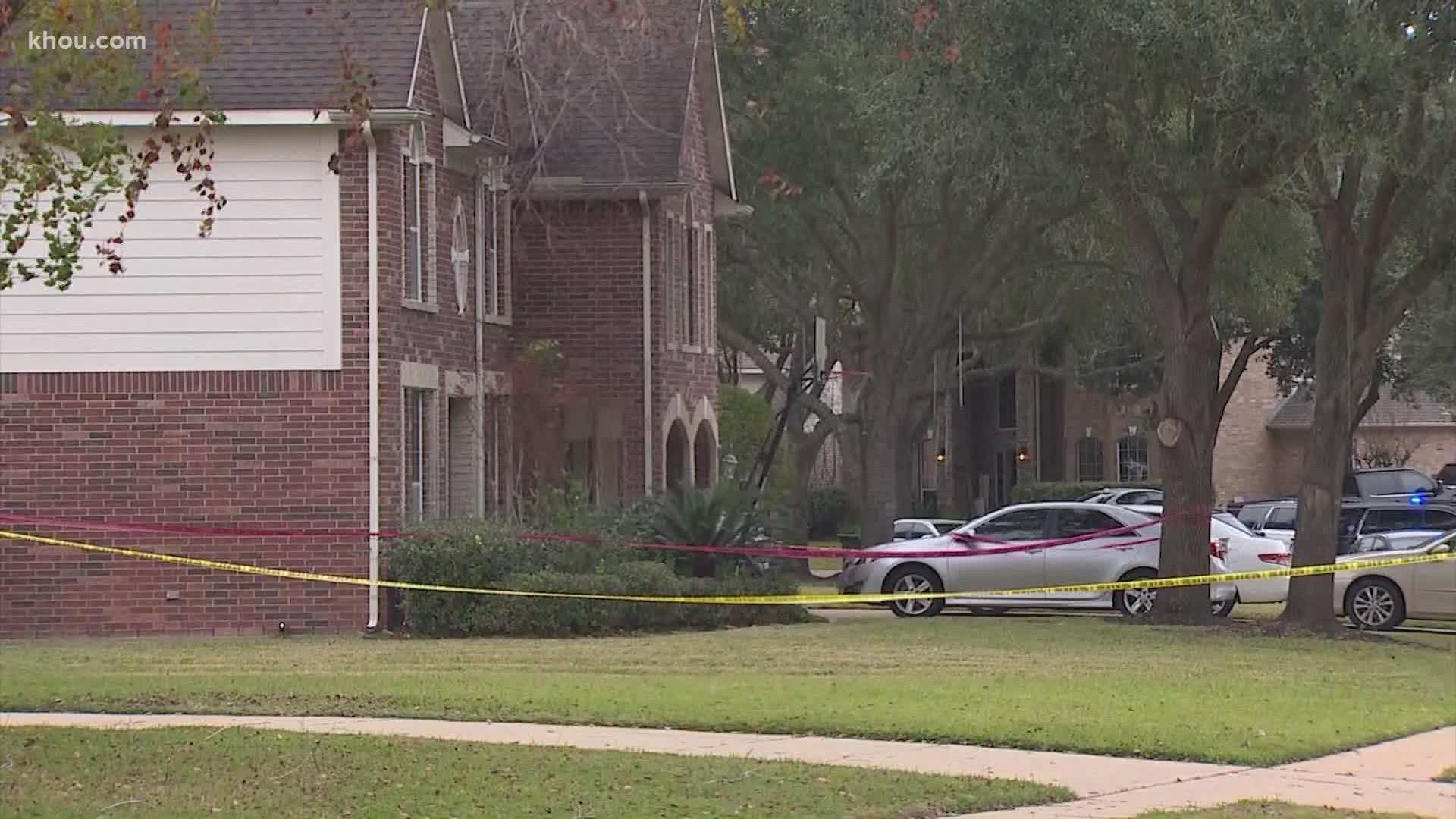 SUGAR LAND, Texas — Sugar Land police are investigating the deaths of a Greatwood couple found in their home Friday morning.

Police haven't said how they died, but an investigator on the scene told us it's a possible murder-suicide.

"It's a dynamic situation still right now. We're getting information in, literally, by the minute, but we're still standing by waiting to process the scene and determine more," Sugar Land Police Sgt. Sgt. Matt Levan said.

Levan said the deaths did not involve a firearm but he didn't say if another weapon was involved.

Two of the couple's adult sons, both in their 20s, were injured. They were taken to an area hospital by ambulance. Police say their injuries aren't life-threatening.

A daughter, who doesn't live at the home, went there after she became concerned. She wasn't injured.

When officers arrived, they found the couple's bodies inside. They were both in their 50s.

A neighbor said they were originally from Nigeria but had lived in the Greatwood home for about 20 years. She said she spoke to the wife a few days ago and nothing seemed out of the ordinary.

They say the crime scene is secured, it's an isolated incident and there is no threat to the community.