On Friday, at 5 p.m., Sue Ellen's will reopen. The bar is stocked. The giant beer pong set-up is sprawled out on the dance floor. Kathy Jack can't stop grinning. 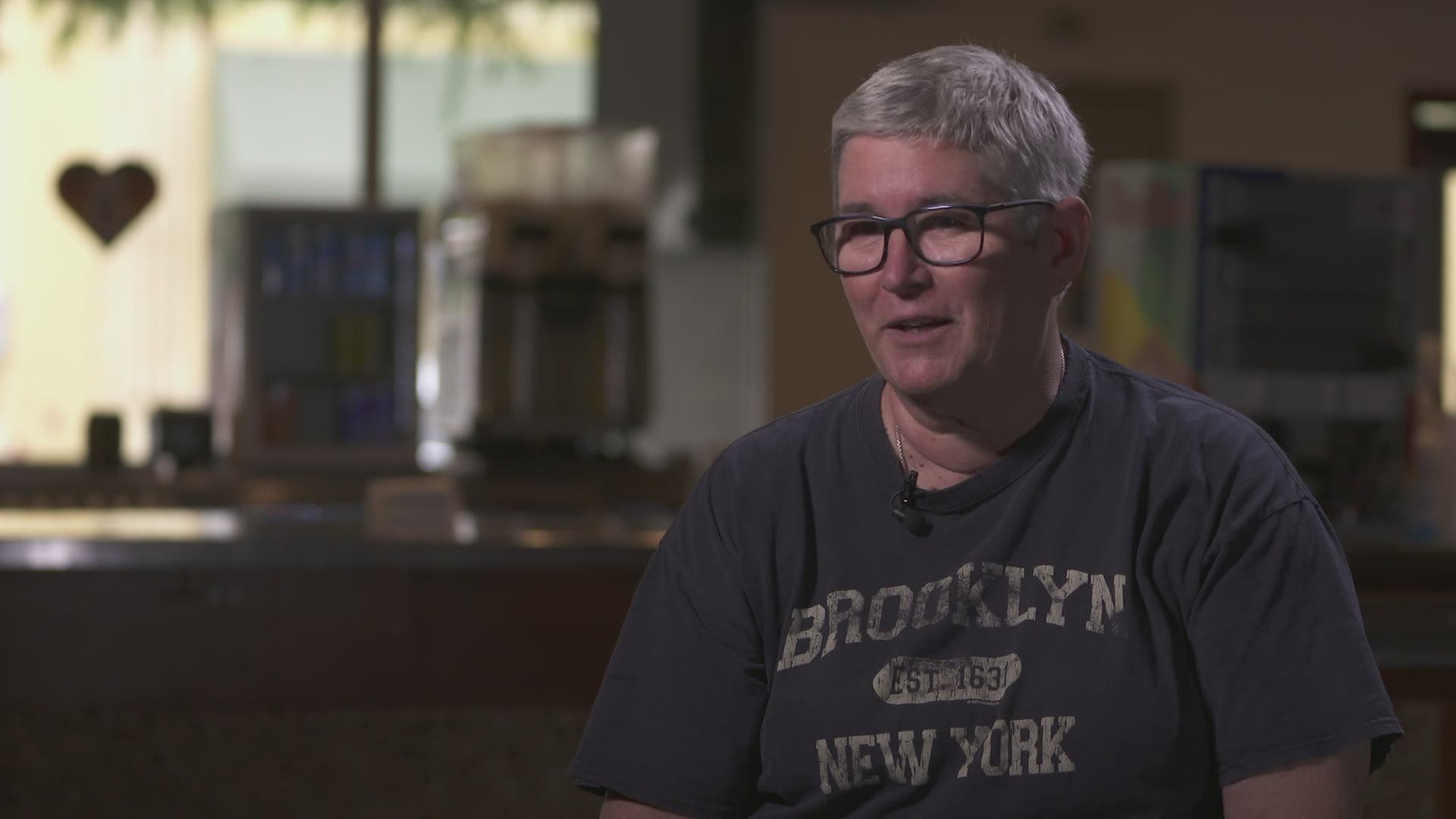 DALLAS — On January 19, 1989, Sue Ellen's opened for the first time at 7 p.m. Kathy Jack, the general manager, unlocked the doors.

"It was my brainchild," Jack said.

Jack, who had opened and managed other gay bars in Dallas, said she'd started to notice a trend.

"All these women kept coming in," Jack said. "They wanted a dance bar, but they didn't have one."

The company Jack worked for, where she still works, agreed to back her idea to open a lesbian dance bar in Dallas' Oak Lawn neighborhood, and Sue Ellen's was born.

When the pandemic hit last March, they were forced to close. The bar reopened in June for two weeks before the state ordered bars to close. After that, Jack said she wanted to be careful and intentional about when to reopen.

"Let's wait until we know it's safe," Jack said. "I wanted everybody to be able to come and have a good time."

Jack said she recognizes the pandemic is not over but said she's been monitoring case numbers. That, combined with the number of people getting vaccinated, made her feel comfortable to open.

On Friday, at 5 p.m., Sue Ellen's will reopen. The bar is stocked. The giant beer pong set-up is sprawled out on the dance floor. Jack can't stop grinning.

"It's always nice to come home," Jack said. "This is home for a lot of people."

Sue Ellen's is part of The Lesbian Bar Project, an organization that works to promote and support lesbian bars around the country.

The organization released a 20-minute documentary Thursday highlighting the importance of lesbian bars and featuring the handful that are left. The group did research to compile a list and found that while there were more than 200 lesbian bars in the 1980s, there are currently 21 nationwide.

“It’s a space for all marginalized genders within the LGBTQ community," Rose said. “All queer women, cis and trans. Non-binary people and trans men.”

Jack said Friday night will be a wave of emotions for her and the family she's built at Sue Ellen's who haven't been able to gather in the pandemic.